What's the difference?: Centipede vs. millipede 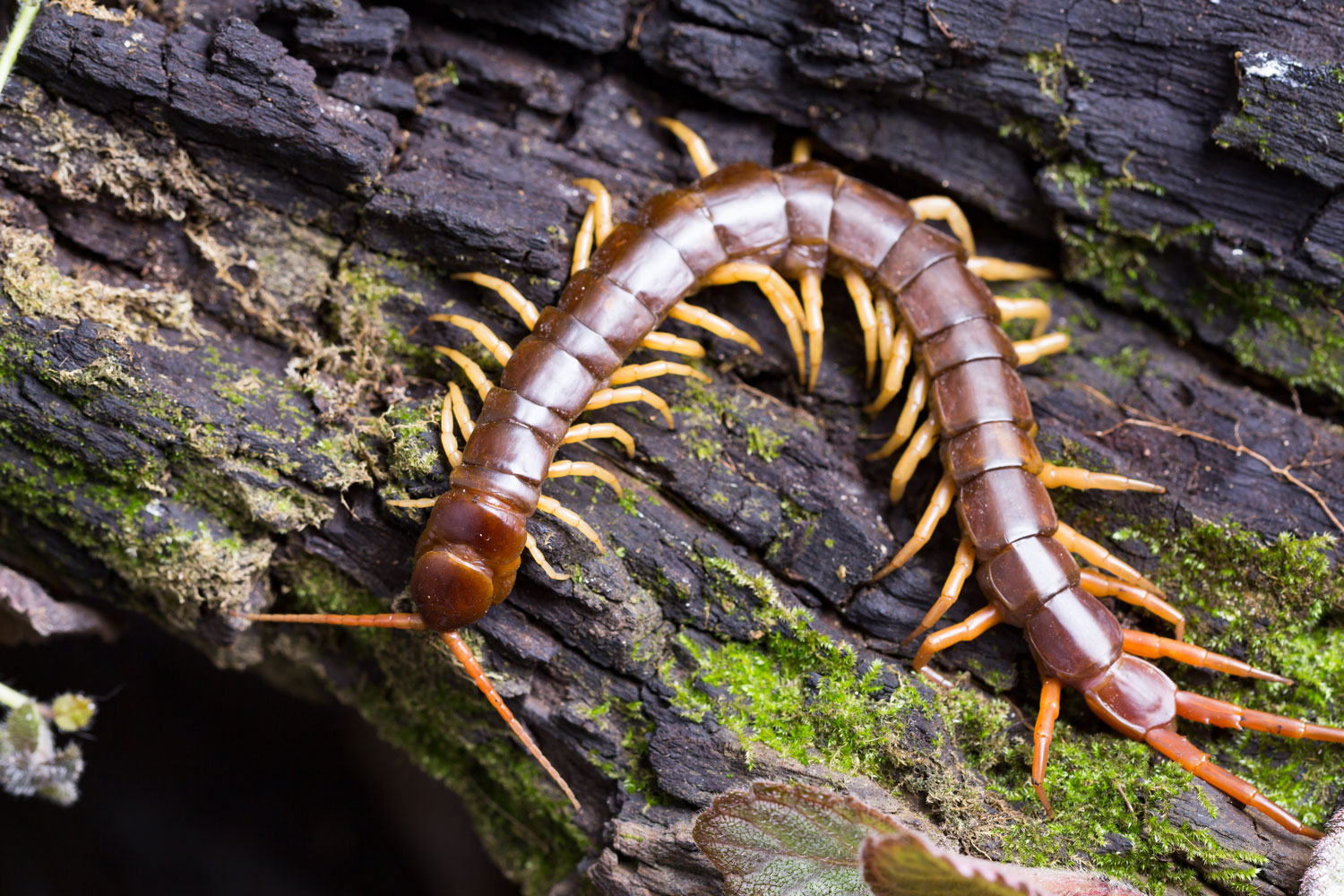 Is this a centipede or a millipede? Learn how to tell the difference. (Photo via Shutterstock)

Many people don't give a second thought to creepy crawly things in the dirt, but there's a whole ecosystem down there filled with innumerable living things. Among those are centipedes and millipedes, two distinctly different types of creatures that are often confused with one another.

The names of these arthropods — they are not insects, as commonly thought — may seem to be telling, but both names are misnomers because not all centipedes have 100 legs and no millipedes have 1,000 legs. In fact, many millipedes have less than 100 legs, Mother Nature Network reports.

Both centipedes and millipedes belong to a group of arthropods called myriapods, which in Greek translates to "countless feet," Live Science reports. And while both types of arthropods have many feet, their legs and feet are the easiest way to tell the difference between a centipede and a millipede.

While centipedes have one pair of legs on every body segment, millipedes have two pairs of legs per segment, Live Science reports. The position of their legs is probably the easiest way to visually distinguish them from one another. Centipedes have legs that point away from their bodies, while millipede legs point down at the ground. Centipede legs are also typically longer than those of a millipede.

Beyond their appearance, you can also tell a centipede from a millipede by their behavior. If you uncover an unidentified many-legged creature under a log or pile of leaves and it scatters away, that would be a centipede, according to Live Science. If it rolls up into a ball and remains still, it's a millipede.

Even the diets of these two arthropods are different from one another. Centipedes are predators, feasting on smaller arthropods. Millipedes, on the other hand, mostly eat decaying plant matter, Live Science reports.

Both centipedes and millipedes live on every continent except Antarctica. Millipede species are far more numerous, with more than 80,000 different kinds of millipedes compared with 8,000 species of centipedes. Millipedes are most always found in moist habitats, while centipedes can be found in nearly any habitat.

You should avoid handling both centipedes and millipedes, but not for the same reason. Of the two, centipedes pose more risks to humans because they can bite. For most people, the bite causes a mild reaction like that of a bee sting, but for people allergic to insect venom the reaction can be severe, according to the University of Georgia Extension. Millipedes, on the other hand, pose no biting risk, but they can leave behind a bad-smelling secretion on your hands when handled. For some people, the secretion can cause itching, burning or skin irritation.