What's the difference: Bug vs. insect 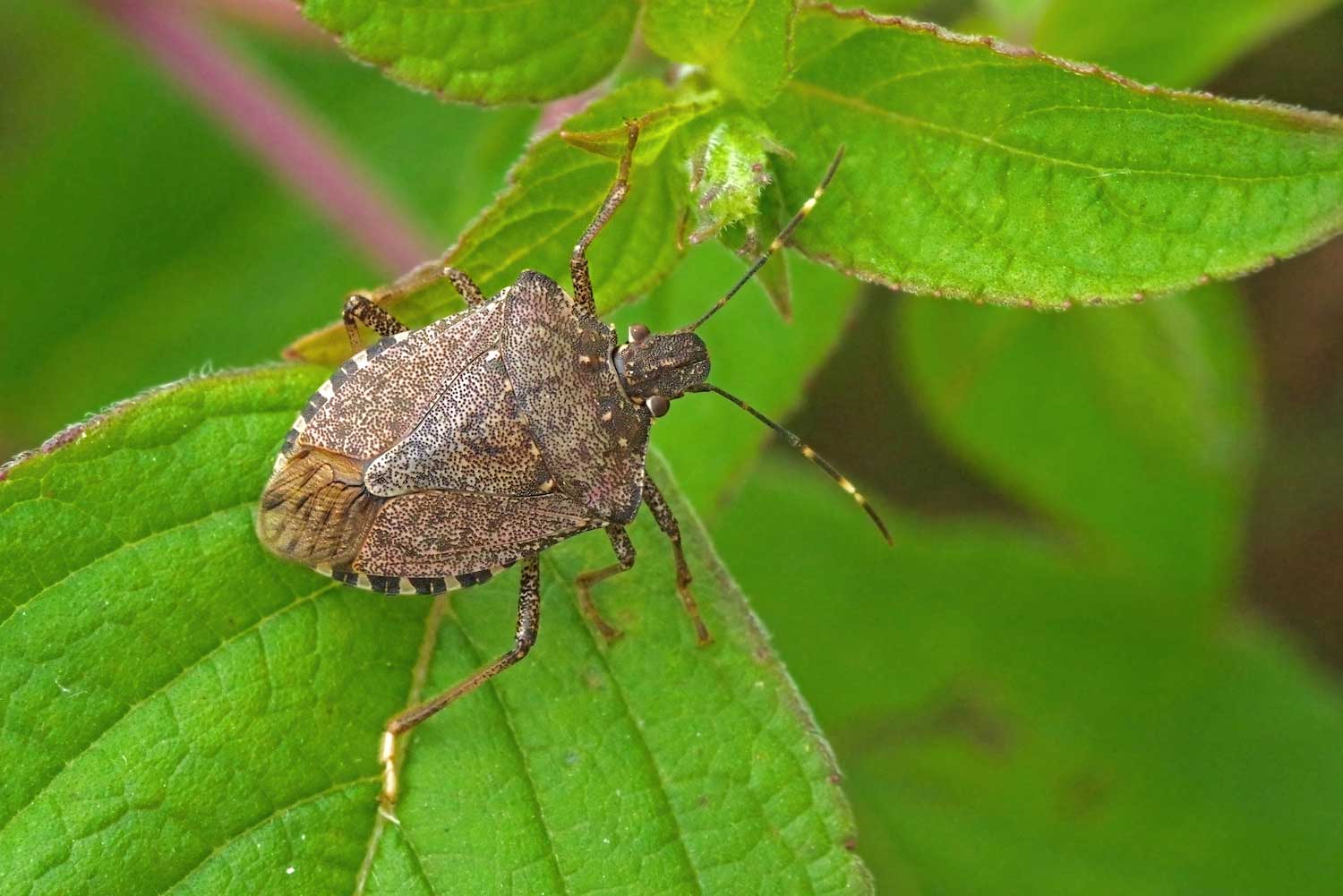 A stink bug is a true bug. (Photo via Shutterstock)

What's bugging you? We might have something new for you to add to your list. It turns out bugs and insects aren't exactly one and the same. While you may use the words bug and insect interchangeably, it's not really accurate, because while all bugs are insects not all insects are bugs.

The confusion about bugs and insects stems from the fact that some insects are classified as true bugs. True bugs belong to the order of Hemiptera, and the primary difference between true bugs and other insects is their mouthparts. In particular, true bugs can suck with their mouthparts, according to Arizona State University. True bugs have proboscises like many other insects, but theirs work much like straws, and they use them to suck up juices.

Some true bugs you might be familiar with are aphids, cicadas and leafhoppers, along with the appropriately named bed bugs, stink bugs and water bugs. Most true bug use their straw-like mouthparts to suck up juices from plants, but a few, including bed bugs, feed on animals, including humans, Arizona State reports.

Another characteristic of true bugs is that they all undergo incomplete metamorphosis, which means their eggs hatch as nymphs and they then transform into adults, according to Arizona State. Other insects have a four-part life cycle, which is referred to as complete metamorphosis. Probably the most well-known example of this is moths and butterflies, which start life as an egg that hatches into a larva that transforms into a pupa before emerging as an adult.

While their mouthparts and life cycle are what make true bugs bugs, they do share some key characteristics with all insects. For example, all adult insects have wings, although they may not be fully developed and capable of flight. They also have six legs and three body sections: a head, a thorax and an abdomen, according to the University of Michigan. Nearly all insects also have antennae, which they use to "smell" the world around them.

We get it — most people probably aren't closely examining an insect's mouthparts or looking up its life cycle to determine whether it's a true bug, so you won't catch any flack from us if you continue to use the words interchangeably. And we know that people often refer to creatures that aren't insects at all as bugs as well. Take pillbugs, which you may know as roly-polies. Even though it's right there in the name, pillbugs aren't insects, or true bugs, at all. They are arthropods, like insects are, but roly-polies are actually crustaceans, making them more closely related to crabs and shrimp than ants and beetles.

When it comes to insects, bugs included, their numbers are almost incomprehensibly huge. Insects are the most diverse group of animals in the world, representing about 80% of all known species, according to Smithsonian. How many species is that? About 900,000 insect species have been identified, but scientists believe there are more insects that have yet to be discovered than already have been. According to estimates, there may be between 2 million and 30 million more insect species out there that haven't yet been recorded. Of all the known insects in the world, about 80,000 are true bugs.

Those figures just include the species of insects in the world. The number of actual bugs and insects crawling and flying around is even more mind-boggling. It is, of course, impossible to know how many insects are alive, but according to estimates there are about 10 quintillion — that's 10,000,000,000,000,000,000, or a 10 with 18 zeros — insects alive at any given time, Smithsonian reports.

Of all those hundreds of thousands of species, about 91,000 have been identified in the United States, with an estimated 73,000 insect species yet to be identified, according to Smithsonian. Illinois is home to more than 20,000 known species of insects, with many more likely undetected across the state, according to the Illinois Department of Natural Resources.