What's a turkey wattle for anyway? 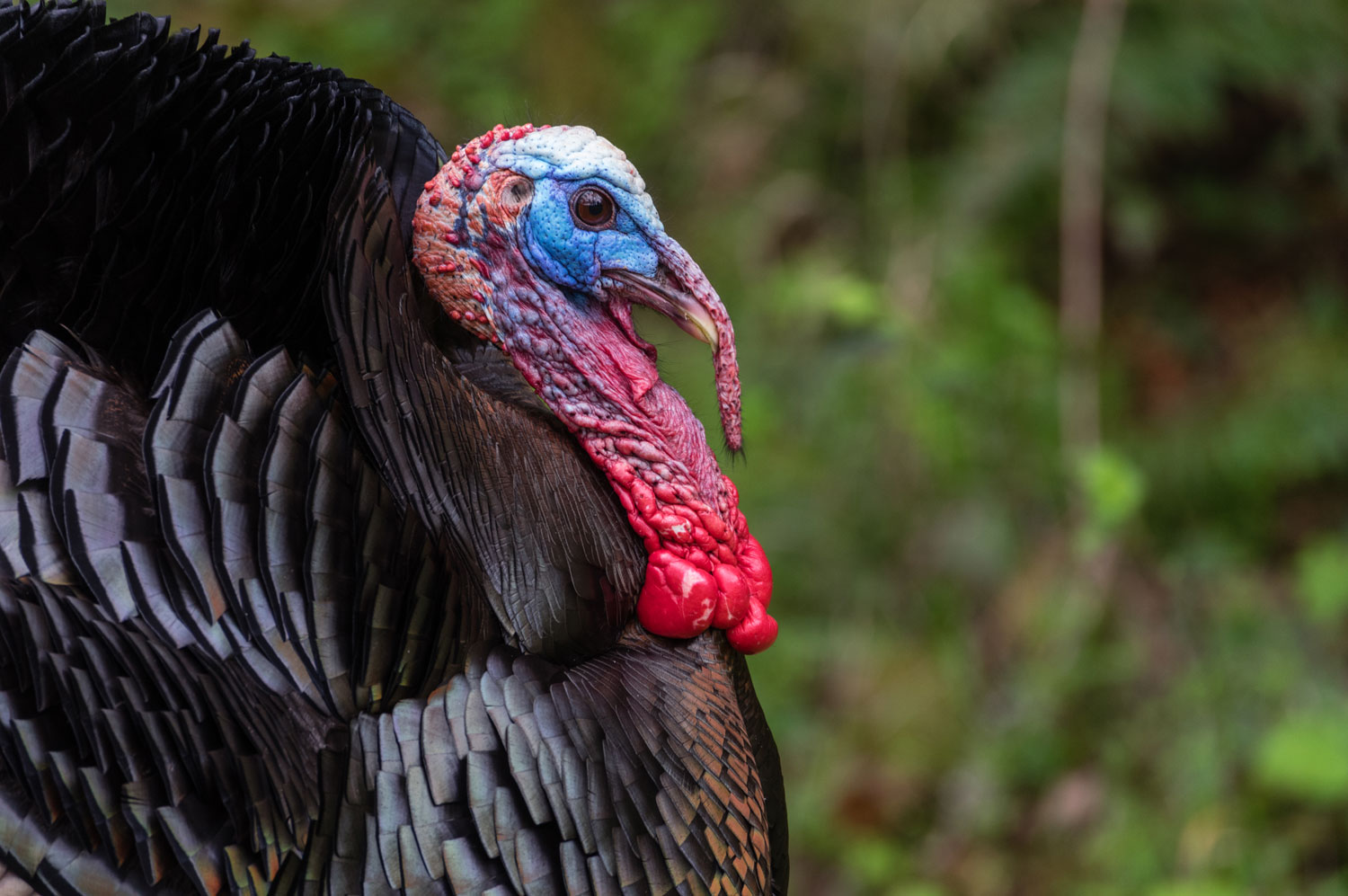 A wild turkey is instantly recognizable for many reasons. These birds are big — sometimes tipping the scales at more than 20 pounds — but what most often catches our eyes is the bright red skin that hangs from the birds' necks.

This fleshy, bumpy skin has a name: the wattle. It's different from the long piece of flesh that grows down from the bird's forehead, which is called a "snood," according to PBS. Snoods can be short, sticking up like a horn, or long, extending past the nose. The fleshy bumps on the turkey's head and neck are called caruncles.

Both male and female wild turkeys have both wattles and snoods, but they are much more prominent and noticeable in males, called toms. This is helpful during mating season, when extra blood rushes to the wattle, giving it a bright scarlet color. This is one of the primary functions of the wattle, because it helps the toms attract a hen, according to the National Audubon Society.

Wattles are useful for more than just attracting mates, however. When it is hot, the wattle can release excess heat. Turkeys don't sweat, and because their feathers are dark colored, they absorb a lot of heat on hot, sunny days. The skin on their wattle and their bare neck helps them release some of this excess heat, according to the Audubon Society.

The wattle can be a little like a mood ring, too. Blood flow into the wattle affects its color, and when a wild turkey is scared or threatened, the blood retracts from the wattle, making it appear blue, the Audubon Society reports. And if a turkey is ill, the wattle and snood will be very pale or almost white in color.

At this time of the year, we have turkey on the brain, so we are naturally more curious about these birds. And while their wattles may be one of their trademarks, they are hardly the only birds with wattles. Roosters have them, of course, but so, too, do some species of plovers, pheasants, storks, bellbirds and cassowaries, the Audubon Society reports.