What's the difference?: How to identify some of our most common sparrows 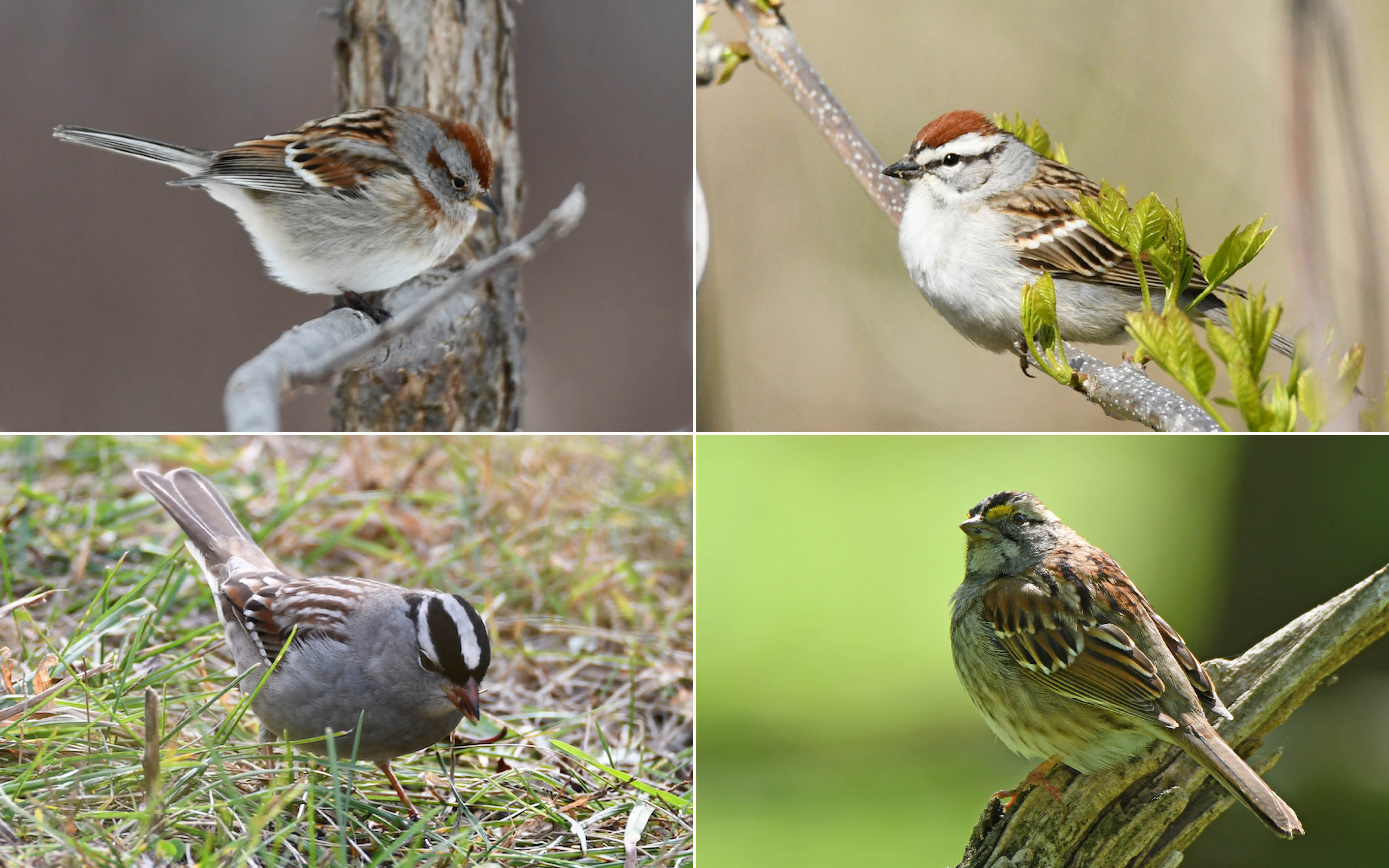 In the bird world, many species are commonly confused for other similar-looking species, but perhaps no birds cause confusion more than sparrows. It probably doesn't help that most people aren't very inspired or impressed by sparrows, so they are happy to just lump them all together into one group without differentiating between them.

Illinois is home to more than a dozen sparrow species, and most are small and brown. Among the most common is the house sparrow, which can be found just about anywhere there are houses, according to the Cornell Lab of Ornithology.

Nearly all the sparrows we see in Illinois are New World sparrows native to North America, but the house sparrow is not. House sparrows are Old World sparrows, and they first arrived in the United States in 1851, when some were released in Brooklyn, New York, Cornell Lab reports. By the turn of the 20th century, they had expanded their range as far west as Denver. Thanks to other introductions farther west, house sparrows were able to establish themselves across all of North America except Alaska and northern Canada.

Because house sparrows aren't related to other American sparrows, they can be easier to separate from the bunch based on appearance. They are fuller bodied than our native sparrows and have larger more rounded heads, more stout bills and shorter tails, Cornell Lab reports.

Male and female house sparrows are predominantly brown, but they differ in appearance. Males are a darker brown with gray heads, black bibs and white cheeks, according to Cornell Lab. Females are pale brown in color with grayish-brown underparts.

Once you're familiar with house sparrows, it is easier to spot a native sparrow, although telling the difference between them can be difficult. Among our native sparrows, American tree sparrows and chipping sparrows look quite similar. However, they are here at different times of the year, which is useful for identification purposes. Both have brown wings with black and white barring and grayish-brown breasts and rusty or chestnut caps, but the American tree sparrow has a dark-colored spot on its breast that the chipping sparrow does not have, according to Project FeederWatch.

These two sparrows are both present here during the spring and fall migration periods, but in the winter it's the American tree sparrow we see in northern Illinois, while the chipping sparrow moves in for the summer as the tree sparrow moves back to its arctic breeding grounds, according to the Illinois Raptor Center.

Another common sparrow that may be confused with several others is the Savannah sparrow. These sparrows have streaked breasts with brown backs and wings with brown streaks. One distinguishing feature of these birds is a small yellow patch at the front of its eyes, the Cornell Lab reports.

Two birds that look similar to the Savannah sparrow are the song sparrow and the vesper sparrow. Both these birds lack the yellow patch that makes Savannah sparrows easy to identify. In addition, song sparrows have a more rounded tail and a larger bill, while vesper sparrow have a white ring around their eye and they have white outer tail feathers, according to Cornell Lab.

Another set of sparrows that can be confused for one another are the white-throated sparrow and the white-crowned sparrow. Both these birds have brown backs, grayish-brown breasts and bold black and white stripes on their crowns, but white-throated sparrows are more plump and have a white throat patch and a yellow spot on the inner part of the eye, similar to the Savannah sparrow, Cornell Lab reports. White-crowned sparrows do not have either the yellow eye patch or the white throat patch.