What's the difference?: Bee vs. hornet vs. wasp 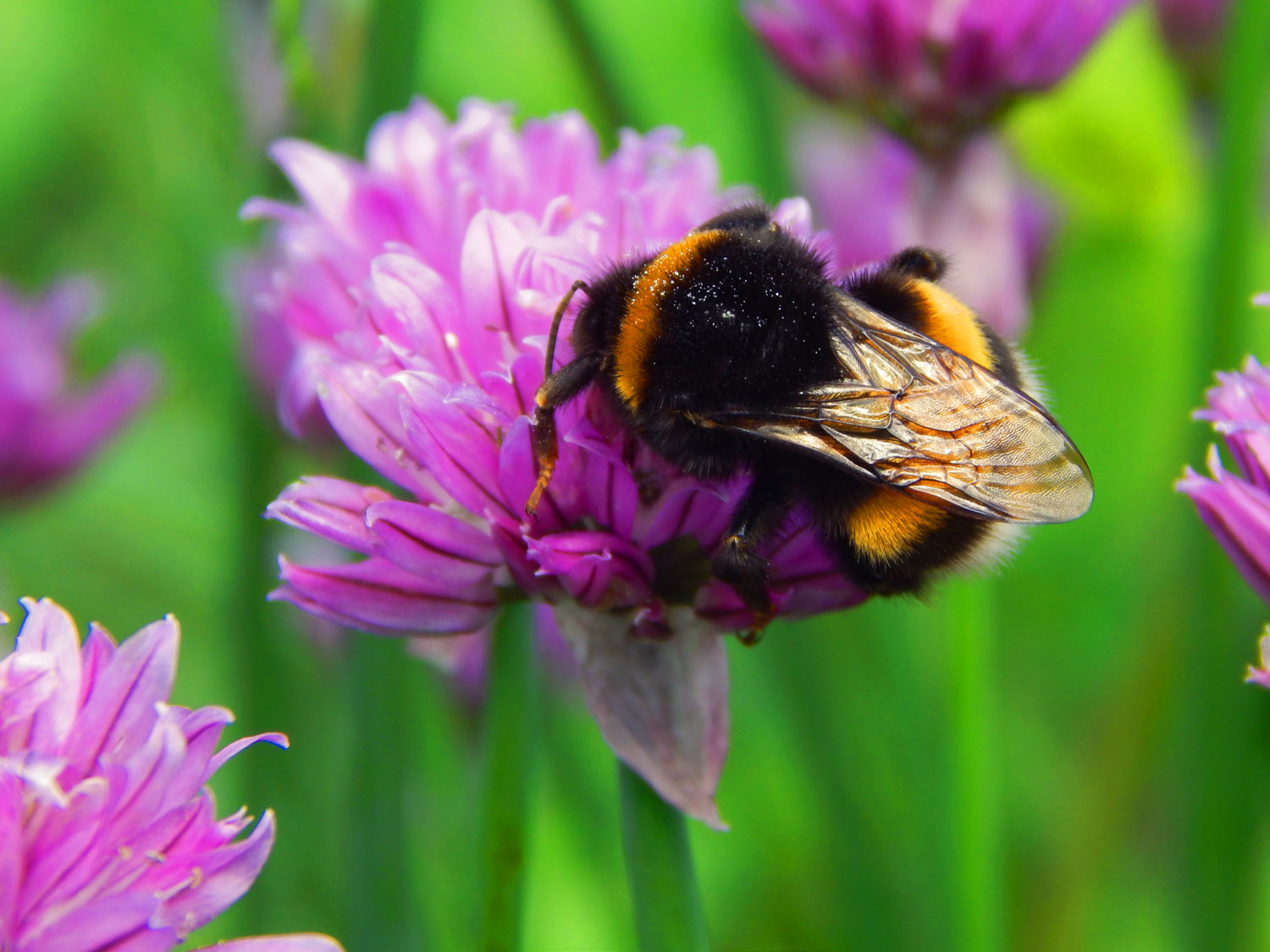 A bumblebee. (Photo via Shutterstock)

When the threat of being stung feels imminent, most people probably don't care whether it's a bee, a wasp or a hornet buzzing nearby; the main goal is avoiding a painful interaction with the buzzing insect.

But these buzzing insects include thousands of species worldwide. And all are beneficial to the ecosystem and the environment. Bees are the world's primary pollinators, essential to our food supply, according to the United Nations Food and Agriculture Organization. Wasps and hornets also pollinate plants; however, they are vital for another reason as well. They are predators, preying on other insects, Sciencing reports. This helps control insect populations.

Many people use the term "bee" collectively to refer to all these stinging insects. When trying to understand the differences among them, it's helpful to know there are three kinds of bees: honeybees, bumblebees and carpenter bees. In addition, hornets are actually specific types of wasps, and they are closely related to yellow jackets, which are actually wasps, not honeybees, as is often thought, Sciencing reports. The bald-faced hornet is one of the most common types of hornets, and they look like a larger version of a yellow jacket. Among wasps, some of the most common kinds in Illinois include paper wasps and mud daubers.

Bees and wasps are related, but they do have some important differences that distinguish them. Physically you can tell the difference between bees and wasps based on their waistlines, according to the Illinois Department of Public Health (IDPH). Most wasps have a narrow waist, called a petiole, between their abdomens and thoraxes, while bees do not have this narrowing and are about the same width for the entire length of their body.

Another difference between them is hair, or lack thereof. While many bees are covered in fuzzy hairs that make them so efficient at pollinating, most wasps lack these hairs, making pollen less likely to stick to their bodies as they move from flower to flower, according to the U.S. Forest Service.

Bees and wasps include solitary and social species, IDPH reports. Solitary bees and wasps, like mud dauber wasps and carpenter bees, live alone, while the social insects, including yellow jackets and honeybees, live together in colonies and hives with workers and queens.

Yellow jackets are the most aggressive of the stinging insects we have in Illinois, and more people are stung by them than any other type of wasp or bee, according to the state health department. In general, social bees and wasps are more likely to sting because they defend their colonies and more insects are available to defend them if it is encroached upon. Solitary bees and wasps defend their nests alone, making them easier to avoid. It's very unlikely to be stung by a mud dauber wasp or carpenter bee.

No matter the buzzing insect, if it stings you, some basic first aid is necessary. First, make sure someone stays with the person who was stung in case they have an allergic reaction, the U.S. Centers for Disease Control and Prevention advises.

Wash the sting with soap and water, then remove the stinger (if applicable) by scraping it with a fingernail. A credit card or similar object also works well. Never squeeze the stinger to get it out, and don't use tweezers, the CDC advises. Don't scratch the sting, or it can cause an increase in swelling or lead to an infection. If the stung area is swollen, apply ice to help reduce it.

For most people, insect stings are nothing more than an annoyance. However, about 1 percent of the population is allergic to bees and, for these people, stings can be life-threatening, IDPH reports.

Symptoms of a severe reaction to an insect sting include itching and hives; swelling of the tongue and/or throat; difficulty breathing; dizziness; and stomach cramps, nausea or diarrhea, according to the American Academy of Allergy Asthma and Immunology. In the most severe cases, a person's blood pressure can drop quickly, causing shock and loss of consciousness. People with known allergies to stinging insects should carry an epinephrine auto-injector with them.