What's the difference: Gulls vs. terns 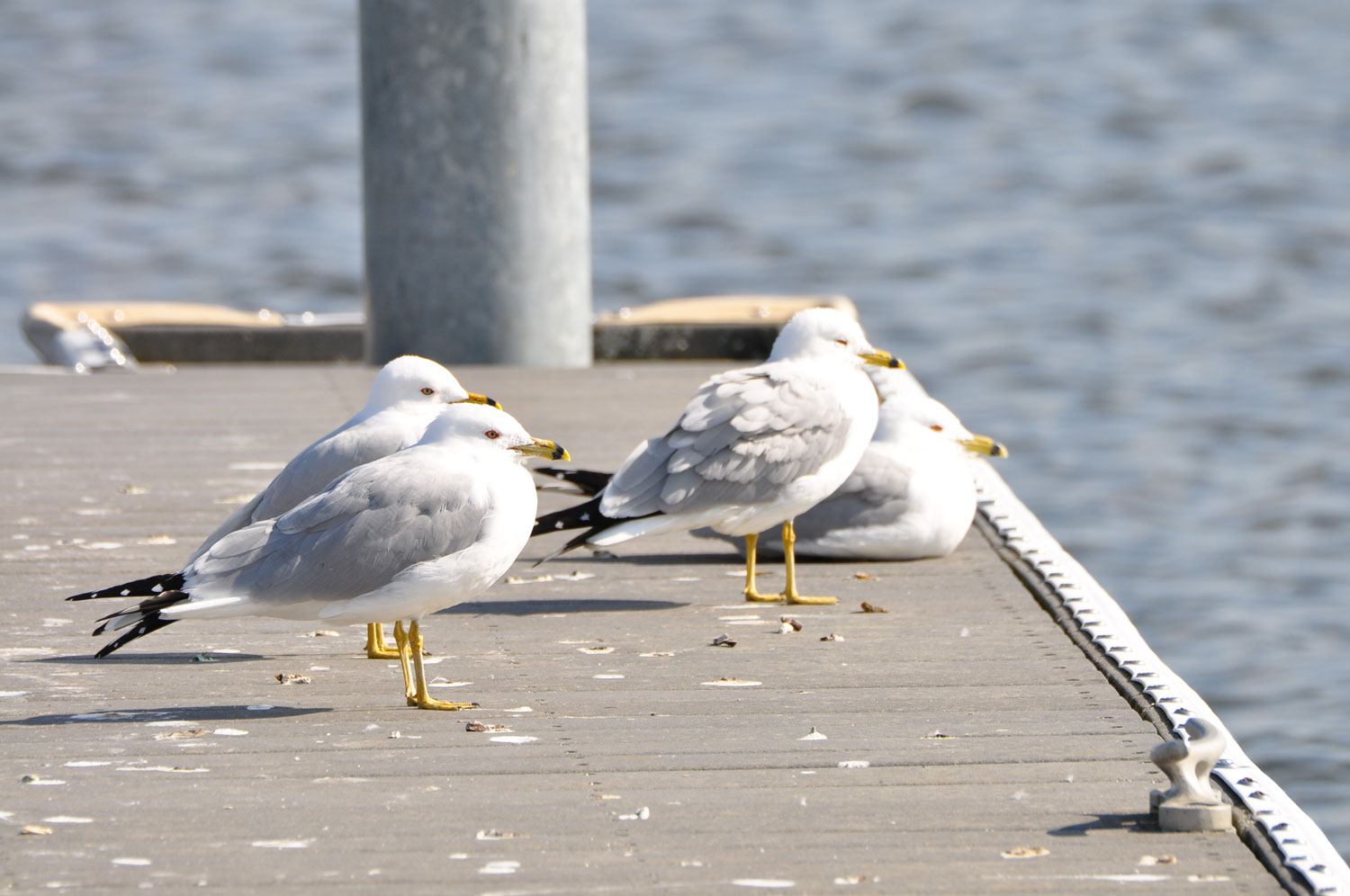 The sight of a white bird near water leads most people to assume it's a seagull, but in reality the term seagull is not one specific type of bird.

Any of a number of different gull species are what we often refer to as seagulls, even when we are far from any sea. Seagull is a generic term for the many gulls in the Laridae family of shorebirds, according to the Michigan State University Extension. The Laridae family also includes terns, many of which are similar in appearance to gulls.

Telling a gull from a tern can be difficult, although it's easier to tell them apart when seen in flight. That's because the terns common in this area have sharply angular tails and wings, while gulls have more rounded wings, according to the Michigan State University Extension.

At rest, it can be more difficult to tell if the bird you see is a gull or tern. Gulls are more common than terns, but they can be tricky to identify in general because their plumage changes considerably over their first few years as they develop into adults, according to the Illinois Raptor Center.

The two most common types of gulls in Illinois and across much of the United States are ring-billed gulls and herring gulls. The two look nearly identical but can be easily distinguished from one another by one key feature: Ring-billed gulls have a distinct black ring around their yellow bills, while herring gulls do not, according to the University of Illinois Extension.

Ring-billed gulls are the birds commonly seen feasting on garbage in parking lots, around Dumpsters and at landfills. These birds do well on a diet consisting of almost any kind of food, according to the Cornell Lab of Ornithology. If you've ever had a sandwich or snack stolen by a bird at the beach, a ring-billed gull was the likely culprit. Herring gulls, on the other hand, have a more particular diet, eating mainly aquatic species, including fish, shellfish and invertebrates.

Terns most often seen in northern Illinois include Caspian terns, Forster's terns and common terns, all of which migrate through Illinois, the Raptor Center reports. Caspian terns are the largest of all terns and are easy to identify by their long, coral-red bills.

Forster's terns and common terns are often confused for one another. Common terns are the most widespread across North America, according to the Cornell Lab. The less-common Forster's terns have longer tail feathers and also sport a distinct patch of black around their eyes when not in their breeding plumage, which help set them apart from common terns.