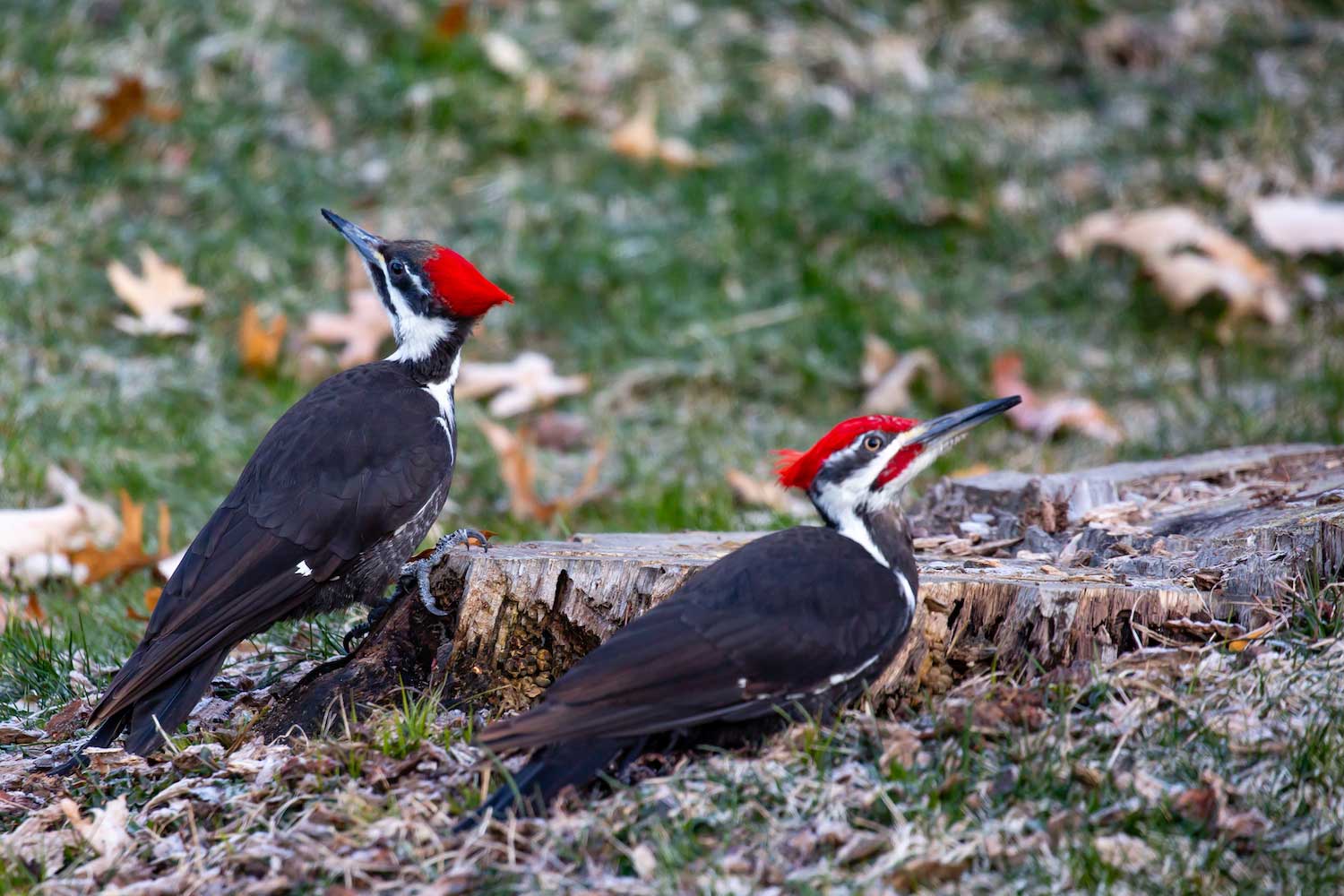 This pair of pileated woodpeckers includes a female (left) and male. Can you spot the differences? (Photo via Shutterstock)

For some birds, like cardinals, males and females look markedly different, making them easy to tell apart. For others, like blue jays, males and females are virtually identical, making differentiating them by gender all but impossible. For still others, subtle differences can help us distinguish a male from a female. The pileated woodpecker falls into this third camp.

Both male and female pileated woodpeckers are mostly black with black and white striping on their faces and a bright red crest. However, if you can get a good look at their faces, you'll notice a red cheek stripe, similar to a mustache, on the males that the females lack, the Cornell Lab of Ornithology reports. This is the most telling difference between the male and female birds.

A more subtle difference between males and females can also be seen in their crowns if you can get a good enough look. Both have red crowns, but on males the red color extends all the way down to their long bills. On females, the red coloration stops on the top of the head, and the forecrown is instead black or gray in color, according to Cornell Lab.

One of our woodpecker species, the red-headed woodpecker, is like the blue jay: Males and females look exactly the same, which in the animal kingdom is referred to as sexually monomorphic, according to Northern Arizona University. When male and females exhibit physical differences, that is a characteristic of sexual dimorphism. Among sexually dimorphic birds, it's generally the males that have more bright and bold colors.

Size can also be a determinant between males and females of certain animal species. We often think of males as being larger than females, but this is generally only true among mammals. With most reptile and amphibian species, it's the females that are larger, Huffington Post reports. Birds are a bit of a mixed bag.

For most bird species, males are bigger than females, according to Stanford University. However, for birds of prey and shorebirds, it's the females that are larger. And for many birds, including most songbirds and woodpeckers, any size difference between males and females is fairly insignificant and may not be apparent unless the birds are side by side, if at all.