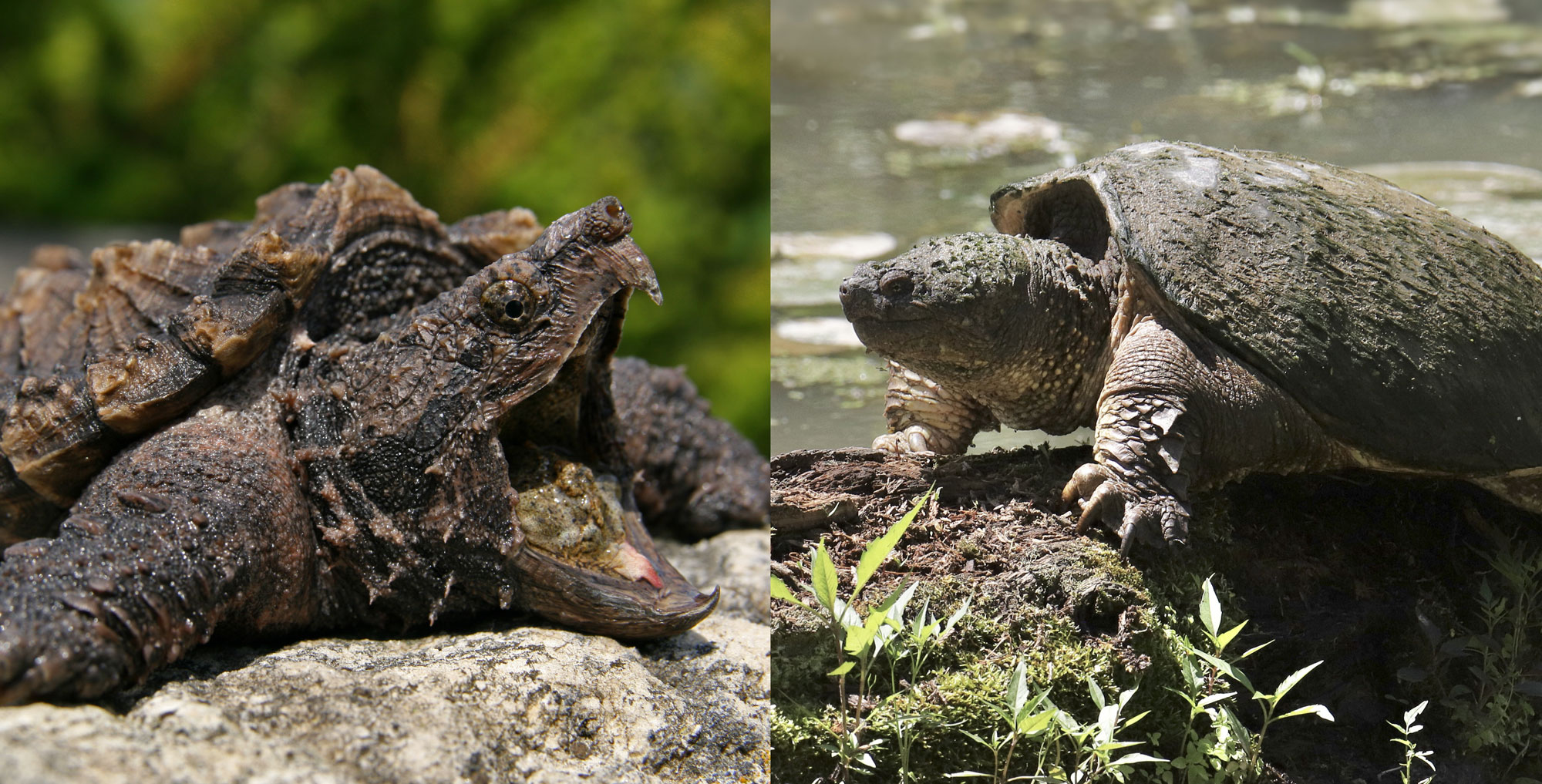 The sight of a snapping turtle is enough to give most people pause, given their reputation for being able to inflict damage with their powerful, snapping jaws.

How can we be so sure? First, because alligator snapping turtles live mainly in the southeastern United States, although their range does extend into southern Illinois, according to the Illinois News Bureau. However, they do not live as far north as Will County. That means if you see a snapper in our area, it's a common snapping turtle.

Physically, it is quite easy to tell the difference between a common snapper and an alligator snapper, because alligator snappers look prehistoric, with large spikes on their shells and primitive faces, while common snapping turtles have smooth shells, the National Wildlife Federation reports.

Both species spend almost their entire lives in water, with females coming on land to build nests and lay eggs. Alligator snapping turtles live in fresh water, and they usually remain in the deepest water in their habitat area, Animal Diversity Web reports. Common snapping turtles usually live in fresh water but will also live in brackish water. They prefer muddy-bottomed waters because it offers a way for them to conceal themselves.

Still, though, a snapping turtle's bite shouldn't be underestimated. Their bite is strong enough to break through bone, the National Wildlife Federation reports. And because snapping turtles are aggressive, they should never be handled.