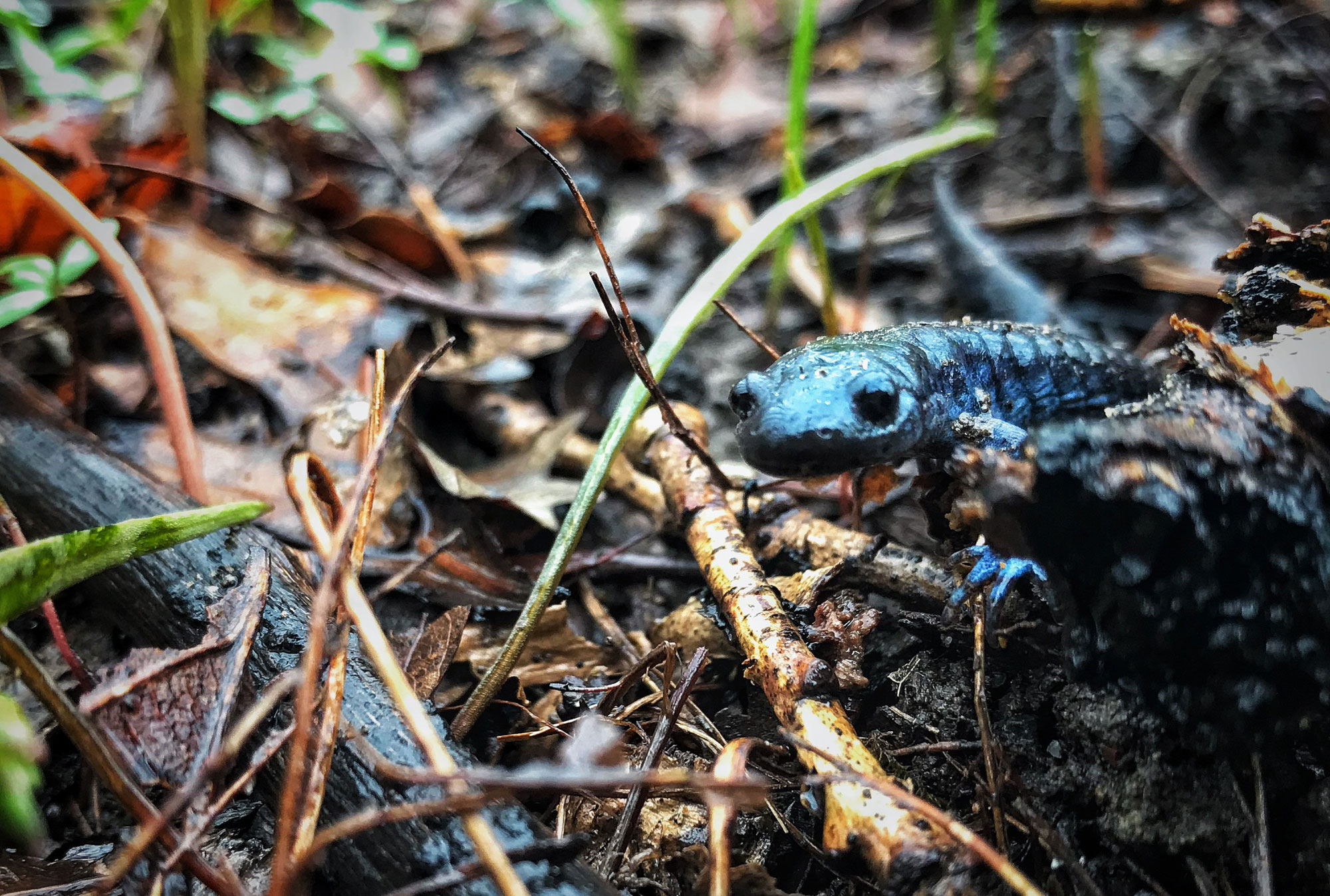 When is a puddle something much more? When it's a vernal pool.

Vernal pools, or vernal ponds, are seasonal wetlands that occur in certain areas of the United States, including parts of the Midwest and Northeast that were once covered in glaciers and the West Coast, according to the U.S. Environmental Protection Agency. The pools, which can be as big as a small lake or as small as a pond, typically exist in winter and spring, but may completely dry up and disappear from the landscape in the summer and fall.

These here-today-gone-tomorrow ponds may seem like an inconsequential part of the landscape, especially because of their come-and-go nature. However, quite the opposite is true. In the spring, these pools are often teeming with life.

These temporary ponds are critically important for some animal species, particularly amphibians, because they support part of their life cycle and offer some protection from predators, said Suzy Lyttle, a program coordinator for the Forest Preserve District.

Locally, species that are dependent on these pools include blue-spotted salamanders, spotted salamanders, tiger salamanders, chorus frogs, spring peepers and leopard frogs, Lyttle said. These amphibians have a life cycle that requires both water and land. First, as larvae, they live in aquatic habitats, according to the Illinois Department of Natural Resources. As adults, they live on land.

"Vernal pools provide a unique habitat that is important to the time of year and certain species. For example, amphibians thrive in these temporary waters because they serve as protection from predators," Lyttle said. "Since the ponds are created in the spring with melting snow and the collection of rain, fish do not have access to them. No fish means one less predator eating the eggs of the frogs and salamanders."

Mosquitoes and other insects that lay eggs in water also use vernal pools, and this is beneficial because it provides a food source for the larval stage of the amphibians living in the pools, Lyttle said.

Some animals, including raccoons, great blue herons, spotted turtles and Blanding's turtles, will visit vernal pools to hunt for food in the form of amphibian eggs and larvae, according to the University of New Hampshire Extension. And many birds will use the pools as a source of water, according to the EPA.

"In every habitat, you need a good food web to make it successful, from huge forests to temporary ponds," Lyttle said.

Vernal pools form because the ground underneath is a layer of hard clay or bedrock, the EPA reports. However, in dry years, the pools may never form; in wet years, they may last into the fall or never completely dry up.

Vernal pools are disappearing from the landscape, which threatens the populations of both plant and animal species that depend on them. In Illinois, more than 90 percent of the state's wetland habitat has been lost, including vernal ponds, according to the Illinois Natural History Survey.

Human activity is the biggest threat to these temporary waters. Development, changes to the water table, regrading of land and building of roads can destroy these pools and, in turn, the life in them. Climate change also threatens vernal ponds because warmer temperatures may cause the pools to dry up earlier each year, which will, in turn, affect breeding and life cycles of the amphibians that depend on them, the New Hampshire extension reports.