You're probably using too much salt to deice your driveway 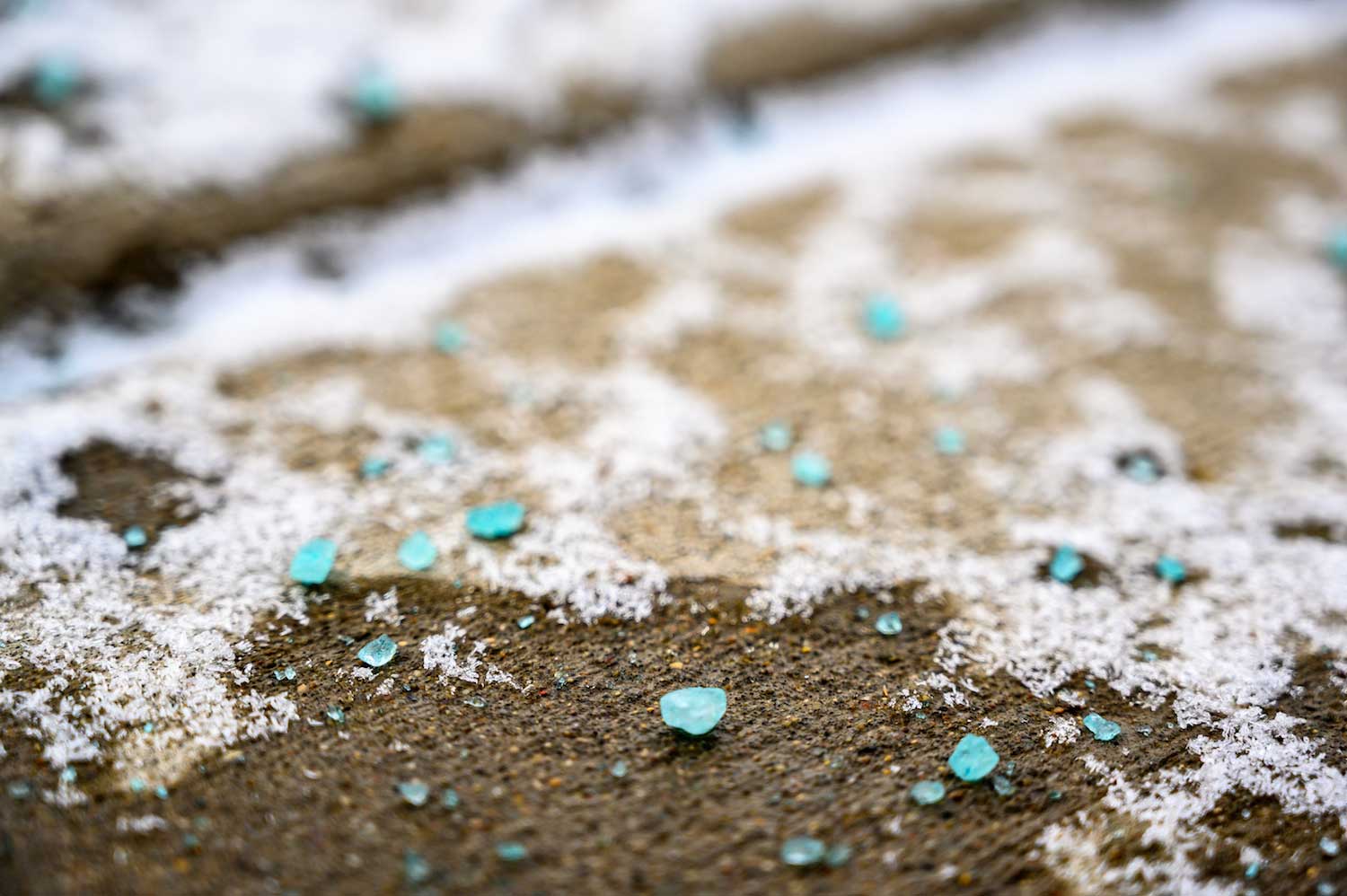 Road salt is the cheapest and most effective means of clearing snow and ice from the roads, and millions of tons of salt are used in the United States each winter, according to National Geographic.

But before throwing a bunch of salt on your driveway and sidewalks, it's a good idea to understand how it works and how it may affect the environment. First, the salt we use to treat icy surfaces is similar to the salt we use on our food, although it's not as pure and contains minerals and other contaminants not safe for consumption.

Placing salt on top of icy surfaces requires either sunlight or some type of friction — cars driving on it, for example — to activate the salt to melt the snow or ice. When you pretreat surfaces — salting roads and driveways before snowy and icy weather — the salt only works when the surfaces are warmer, which allows it to melt the snow or ice as it falls. This principle explains the many "Bridge freezes before road" signs we see all over Will County and beyond. Because of the airflow beneath them, bridges are colder than roads on land, so the salt isn't as effective, according to Popular Science.

The salt we use to treat our roadways, driveways and sidewalks can be harmful to our waterways, however, so it's important to be mindful of how we use it. This is why the Forest Preserve District and other agencies are working to encourage the responsible use of salt through the "Salt Smart" educational campaign.

One key of the "Salt Smart" campaign is not using more salt than necessary. And how much salt is needed may surprise you. Twelve ounces of salt — about as much as would fill a coffee mug — is enough to treat a 20-foot-long driveway or about 10 squares of sidewalk, according to the "Salt Smart" initiative.

Using more salt won't yield better results. If you see salt left on the ground after the snow and ice clears, you are using too much. Sweep up the excess salt and throw it away rather than allowing it to run off.

Cleaning up excess salt is important because what's left on the ground eventually makes its way into our soil and water supply, including both surface water, such as creeks and streams, and groundwater, the water underground, according to the Smithsonian.

Salt can alter the pH level of soil and water, said Kate Caldwell, an interpretive naturalist for the District. When pH levels are not properly balanced, it can affect living organisms.

"Everything is in balance, and salt is disbalancing that," Caldwell said.

Caldwell said she once attended a presentation on the effects of road salt given by a suburban public works director, and she was struck by how much salt can alter our world. In particular, she said she was stunned to learn that once salt is soluble in water it is always in the water.

Essentially, too much salt alters soil and water quality, she said. For example, if too much salt leaches into the soil, it can damage or kill nearby plants. She said it's important to be mindful of these effects when using salt to treat snow and ice.

The Forest Preserve District is mindful of how salt affects our waterways, which is why it uses an organic anti-icing agent derived from fermented and distilled corn. The District uses rock salt only on a very limited basis for roadways and parking lots when ice buildup presents safety concerns.

"We primarily use sand on our roadways and parking lots to keep salt from rivers and their tributaries," said John Fay, the District's director of maintenance and operations. "The product we use on sidewalks is less toxic, ounce for ounce, than baking soda and other common ice melters, according to the U.S. Department of Health and Human Services. And it is safe to use around people and animals."

Here are some more "Salt Smart" tips that can help consumers reduce the amount of salt they release into the environment: