Things we love: Those rascally raccoons 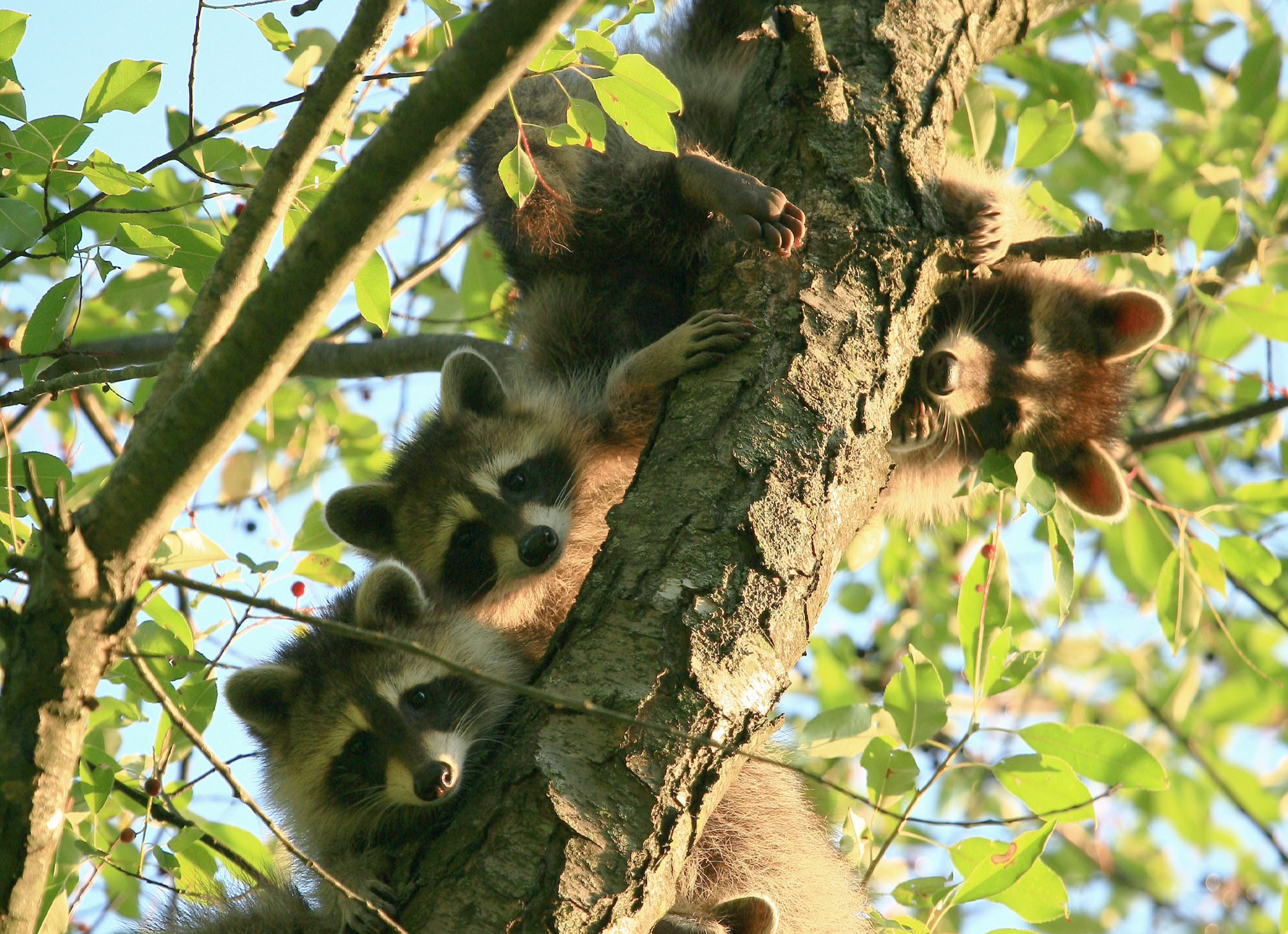 About this series: While many people love nature, different people love different aspects of it. One may have a soft spot for flowers, while another gravitates toward a particular animal. And yet for others, it's all about the scenery. "Things We Love" explores those jaw-dropping parts of nature that one person finds particularly special. In this edition, Meghan McMahon, marketing assistant, tells us why she loves raccoons.

Trash bandit reputation aside, many people think raccoons are cute and cuddly. This would not be the impression you are left with, however, after seeing a mother raccoon fiercely protect her babies.

Such was my experience as a child — many times, in fact, because for a few years a female raccoon chose the garage of my childhood home as her den to keep her kits safe. Our garage had a large loft accessible by ladder, and to her it was the perfect spot to keep the babies protected from predators and the weather.

My family quickly learned it would be easiest to cede control of the garage to her until the raccoon family was ready to move on. For a few weeks, we left our cars in the driveway. If you wanted a jump rope or a baseball, you entered cautiously, having mapped out the quickest route in and out, all while keeping a watchful eye on mama raccoon, who watched — and usually hissed and snarled — until we left.

Of course, we had no way of knowing it was the same raccoon who came back for those few years, but we assumed it was. And after those few years, it never happened again, and we were free to use our garage as it was intended.

That wasn’t my family’s only run-in with raccoons, though. We camped often, and anyone who does knows raccoons are notorious campsite visitors, scavenging through trash and unsecured food for an easy meal. We always carefully disposed of food waste and stored food in our car and coolers, but we once came across a raccoon who outwitted us.

One night, after cooking dinner, we settled in around the fire. After awhile we heard a noise in the distance and quickly realized a raccoon was attempting to get into our cooler. Thanks to these animals’ dexterous, almost human-like front paws, the raccoon made quick work of our latched cooler and grabbed a snack before heading off.

Once the animal had moved on, my parents went to inspect the losses. Our raccoon visitor made off with just one thing — a package of Hershey’s chocolate bars for that night’s s’mores. Everything else was left untouched, and our visitor had even thoughtfully closed and latched the cooler before leaving.

As a kid, the antics of the raccoons I encountered amused and entertained me. Now, though, as an adult, I admire and respect these animals. They are smart, cunning and fiercely protective. And right now more than ever, those are traits to admire and emulate in our own human way.