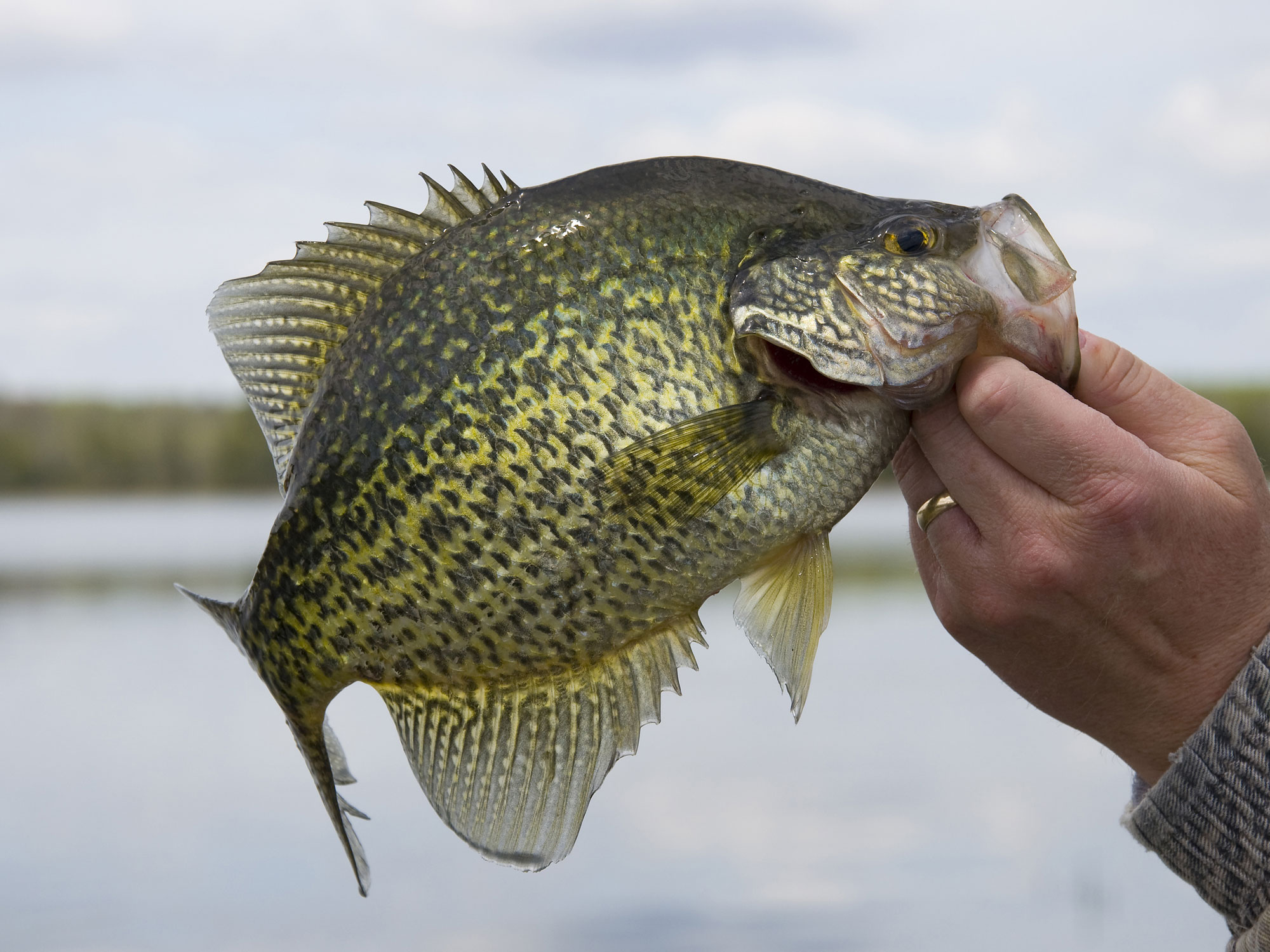 About this series: While many people love nature, different people love different aspects of it. One may have a soft spot for flowers, while another gravitates toward a particular animal. And yet for others, it's all about the scenery. "Things We Love" explores those jaw-dropping parts of nature that one person finds particularly special. In this edition, Jen Guest, an interpretive naturalist at Isle a la Cache museum, tells us why she loves crappies.

Soon it will be the crappie-ist time of year! Spring is often the best time to see or catch my favorite freshwater fish, the crappie. This fish may have a funny name, but they are a truly awesome species. We have two varieties of crappie in our area – black and white.

Soon, the waters in our area will be teeming with active fish. This excites me both as an angler and as an avid wildlife watcher. You may not think of fish watching as a sport, but it can be quite fascinating! The best time to watch fish is during the spawning season. Don’t get the wrong idea, you aren’t going to get that kind of show! I am talking about watching crappie when they are guarding their nests of eggs or newly hatched fry. Ideally in our area of Illinois, crappies start spawning in mid-April or May. But in reality, the crappies begin migrating to the shallow areas in water to spawn when water temperatures rise above 50 degrees.

The male crappie fans out a depression in the river or lake bottom with his tail fin to make a nest. The female crappie then deposits the eggs in one or more of the nests, which are immediately fertilized by the male. The number of eggs in a crappie nest varies, but a nest can hold up to 20,000 eggs!

Crappies will fiercely defend their nests from predators, so this is a great time to see them swimming above their nests on high alert. You might even see them chase off other fish, even some bigger than them! This is also why anglers will catch crappie during spawning. The crappies will aggressively attack anything they deem a threat to their nest, so that fishing lure in their space will definitely get their attention.

Whether by fishing boat, kayak or from shore, be sure to keep an eye out for all the great freshwater fish in our area. When you do, I hope you have a crappie day!