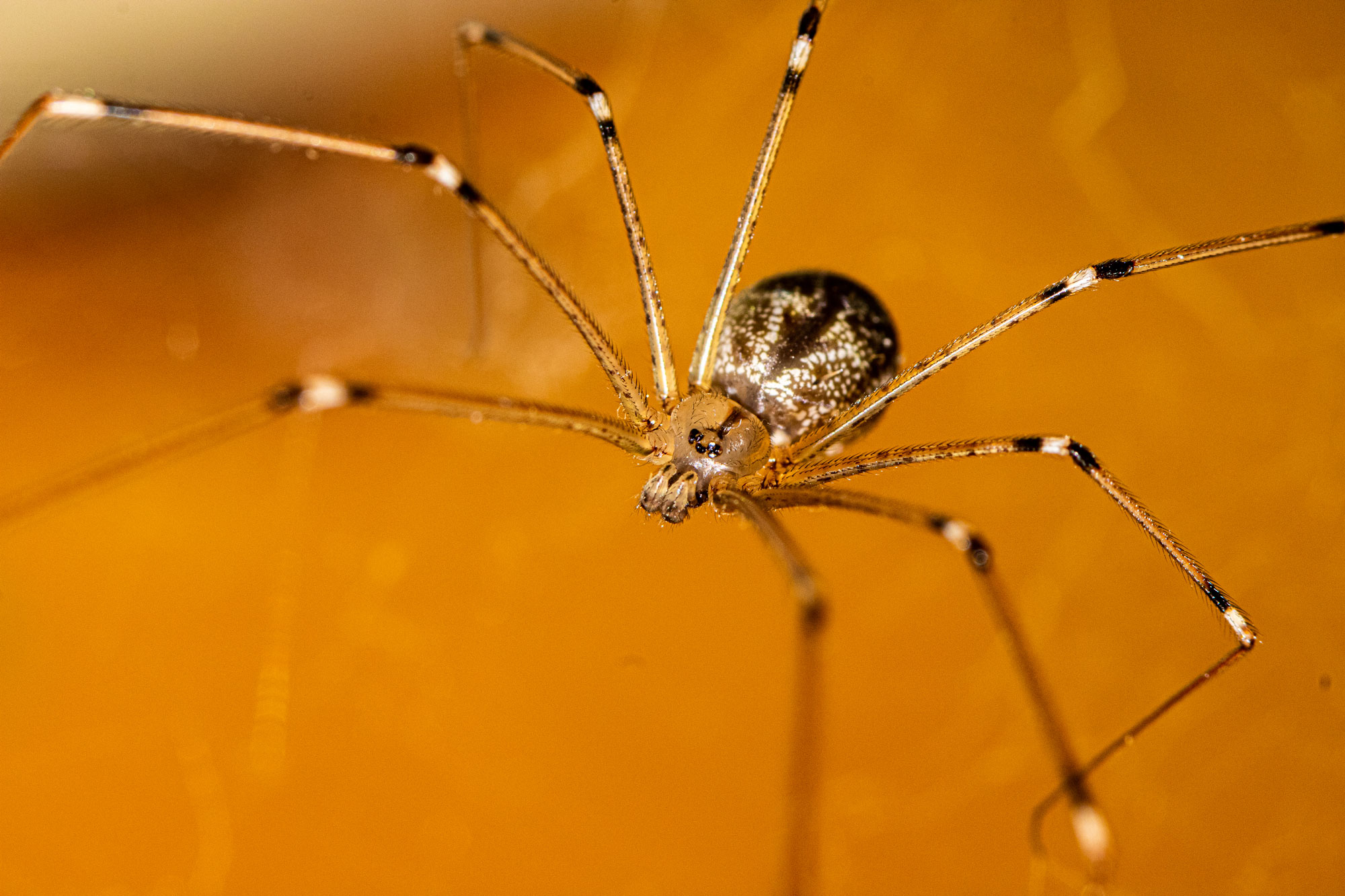 About this series: While many people love nature, different people love different aspects of it. One may have a soft spot for flowers, while another gravitates toward a particular animal. And yet for others, it's all about the scenery. "Things We Love" explores those jaw-dropping parts of nature that one person finds particularly special. In this edition, Kate Caldwell, an interpretive naturalist at Plum Creek Nature Center, tells us why she loves cellar spiders.

Spiders have fascinated me since childhood. My memories include reading "Charlotte’s Web" as a child, seeing beautiful web designs dappled with dew at sunrise, watching a jumping spider play with a moving cursor on my computer screen and seeing shimmers of silk glisten in the bright blue sky on a crisp autumn day.

“Howl’s Moving Castle,” a book that my daughter loved, includes a main character, Howl, who repeatedly reminds readers he does not believe in dusting for fear of disturbing the spiders in his castle. I love watching the spiders in my house. I’ve decided these spiders live here because it is a suitable habitat for them, so I am going to level up and embrace spider science.

The Arachnid class includes 11 different orders, some of which are harvestmen, aka daddy long legs, as well as mites, spiders and others. What makes a spider a spider is that it has four pairs of legs and two body parts, makes silk and venom and has piercing mouth parts.

Based on scientific clues from the Field Museum, BugGuide.net and other sources, my spider is probably a cellar spider from the Pholcidae family. People often mistake this spider for a daddy long legs, but it is not. Some species of cellar spiders are distinguished as cosmopolitan, which means that they can be found worldwide. Based on its size, I am going to take a guess that my spider is in the cosmopolitan group and is a long-bodied cellar spider.

Cellar spiders like human habitats, and they are beneficial to humans. They love to eat insects and spiders larger than themselves. That may explain why I don’t have a lot of other fun spiders in my house.

After cellar spiders mate, the female waits to lay eggs until food is available. When spiderlings hatch, the mother will guard them for nine days. When they shed their pre-nymph skins to become little spiders, they then move on to build their own webs. Other types of spiders do it differently. The wolf spider carries her spiderlings on her back until their first molt. Orb weavers abandon their egg sacs, sometimes protected in leaves or soil.

At my house, I am watching two spiders. One small spider, suspended on unseen webbing, dancing and vibrating, and, nearby, another of the same type of spider, only larger, suspended on webbing that was full of tiny insect parts (ants, maybe?) and carrying an egg sac. I will count the days until her babies hatch. In the meantime, what will happen to that cool “vibrating” spider? I know you all want to know.