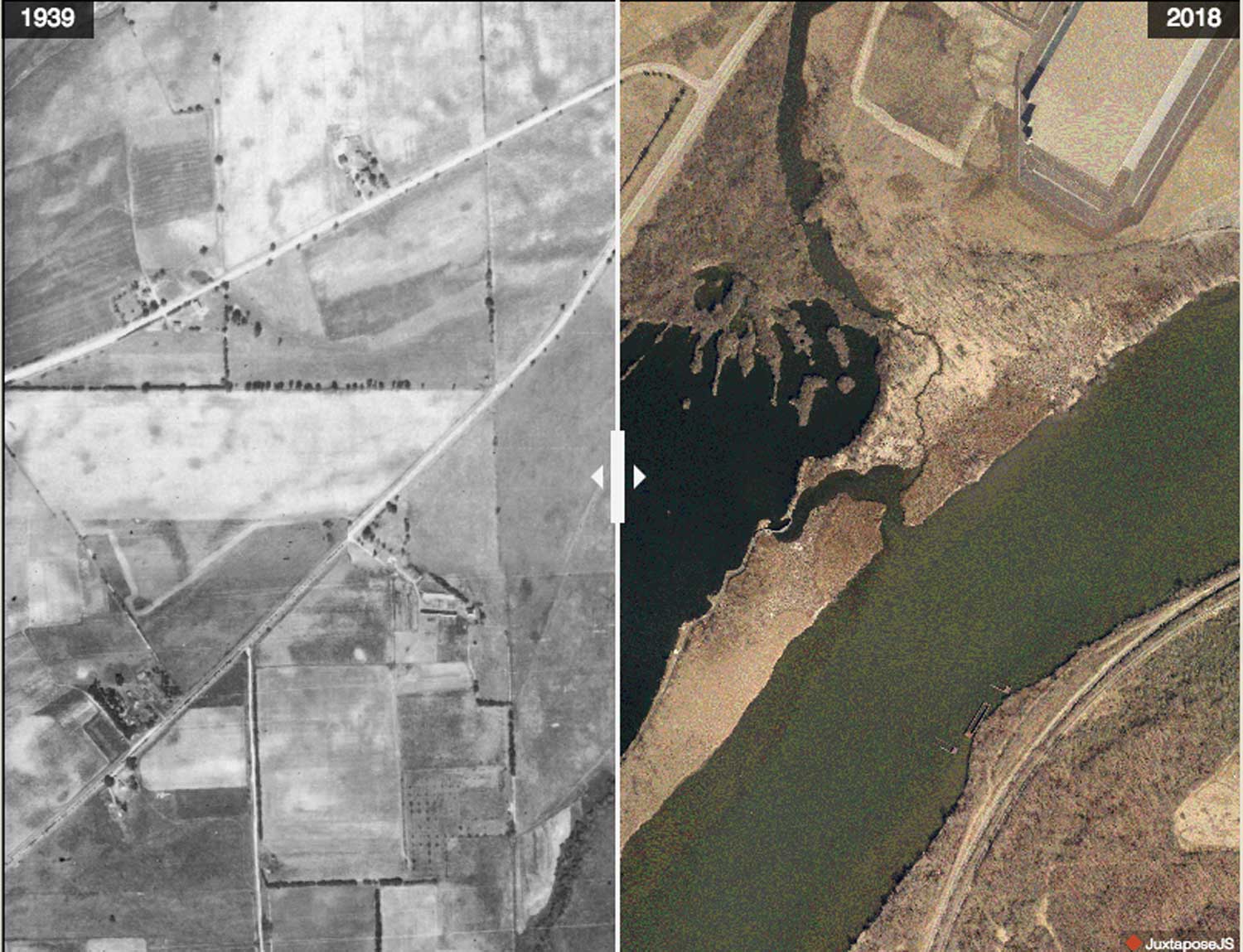 In its former life, the preserve now known as Rock Run Rookery used to be much less spectacular.

Just like many of the District's other preserves that feature lakes, the 224-acre site that's now a haven for great blue herons, bald eagles, great egrets and local fishermen started out as a blank slate.

And thanks to some historical aerial photos, we can see the transformation it undertook as a quarry site before the District began acquiring it in 2002.

The oldest available aerial was taken in 1939 prior to development but, by 1954, the landscape had undergone some significant man-made changes.

Move the slider below on the interactive photo.

(Interactive feature may take a few seconds to load)

By 1961, the small 13-acre lake that's near the entrance of the preserve had been carved out and what's the main lake now had also grown in size.

Between 1961 and 1997, when the next quality aerial was taken, the area to the east of the original quarry site was worked and the main lake grew to its present-day size of 84 acres.

Here's a glance at the true now and then, from prior to development to the present day preserve, complete with a parking lot, picnic shelter, wildlife viewing area and boat launch.