The sounds of the night: Insects create a nocturnal chorus 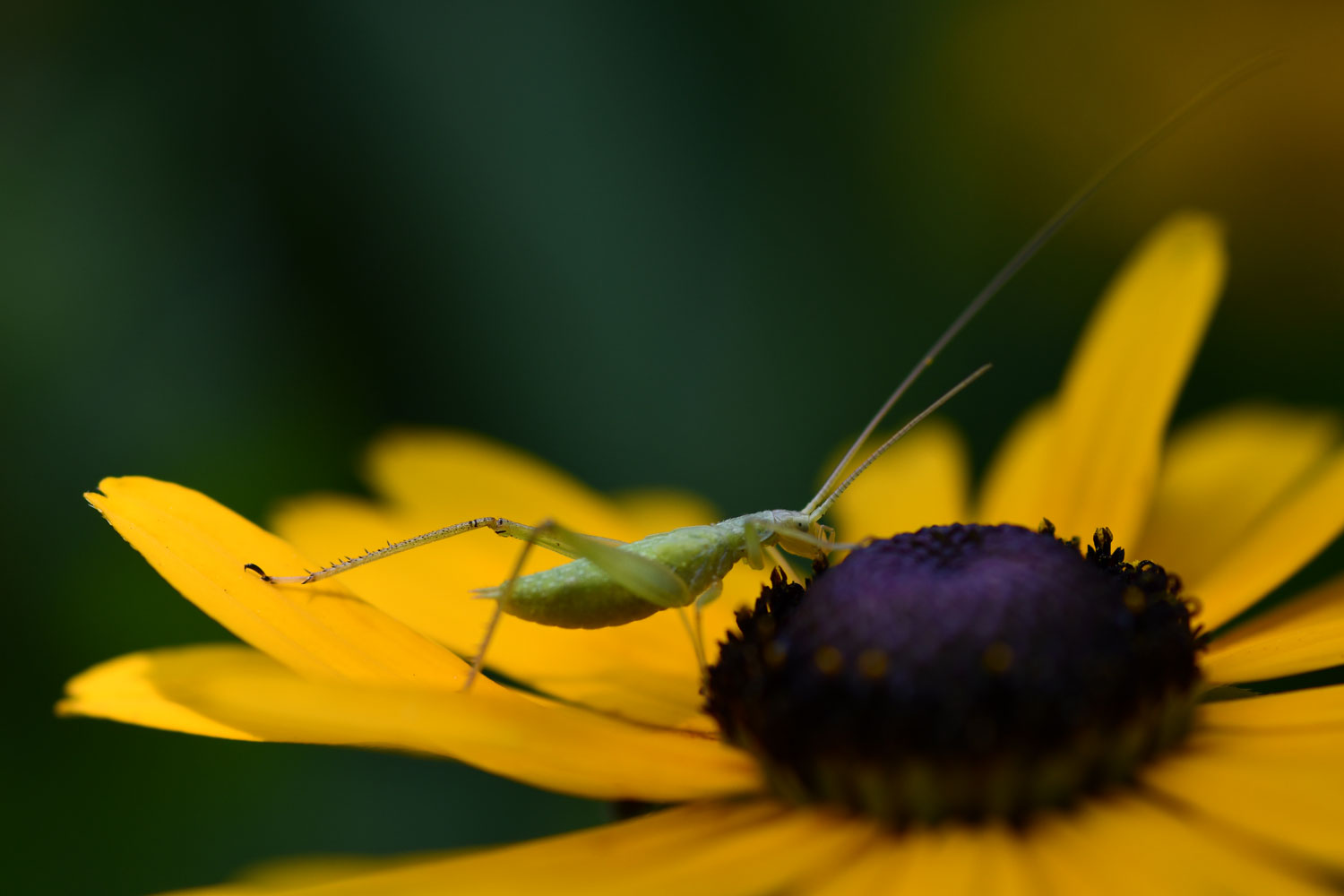 A tree cricket sits on a flower. (Photo by Glenn P. Knoblock)

The term "singing insects" might make you think of Jiminy Cricket or another animated bug made famous on the big screen, but these crooning bugs are real, making themselves heard all across our area.

These singing insects are cicadas, crickets, grasshoppers and katydids, the males of which produce loud calls in their search for a female mate, according to the University of Florida. The sounds produced by these insects may just sound like a loud din to you, but each is unique to its species.

Katydids, grasshoppers and crickets are all closely related, belonging to the order Orthoptera, while cicadas belong to the order Homoptera. How these insects make their singing calls varies. The Orthoptera insects — the katydids, crickets and grasshoppers — typically produce sounds by rubbing one body part against another, which is called stridulation, according to Songs of Insects.

Crickets rub together structures on their wings to produce their call, according to "Singing Insects of the Chicago Region" by Carl Strang. Male grasshoppers are able to produce sound by rubbing a hind leg against a forewing. Katydids make sound by rubbing their forewings together.

Cicadas have sound organs called tymbals, which have a series of ribs that can buckle onto one another when the cicada flexes its muscles. The buckling creates a clicking noise, and the combined effect of these clicks is the buzzing sound cicadas make.

Even to the untrained ear, you may be able to tell the difference between some of these insects' calls. Crickets, for example, have more musical sounding calls because of their low frequency, Sounds of Insects reports. Katydids and grasshoppers have a more high-pitched call with varying frequencies. The songs of these insects often is not audible to people, particularly those with diminished ability to hear high-frequency sounds.

Of our singing insects, cicadas are by far the loudest, notorious for their loud buzzing sound. The cicada call often sounds pulsating and typically builds up to a crescendo before abruptly ending, according to Sounds of Insects.

When you hear these insects' songs can be telling as well. Cicadas generally call during daylight hours and at dusk, turning quiet by nightfall. Many katydids and crickets call at night, while we tend to see and hear grasshoppers during the day.