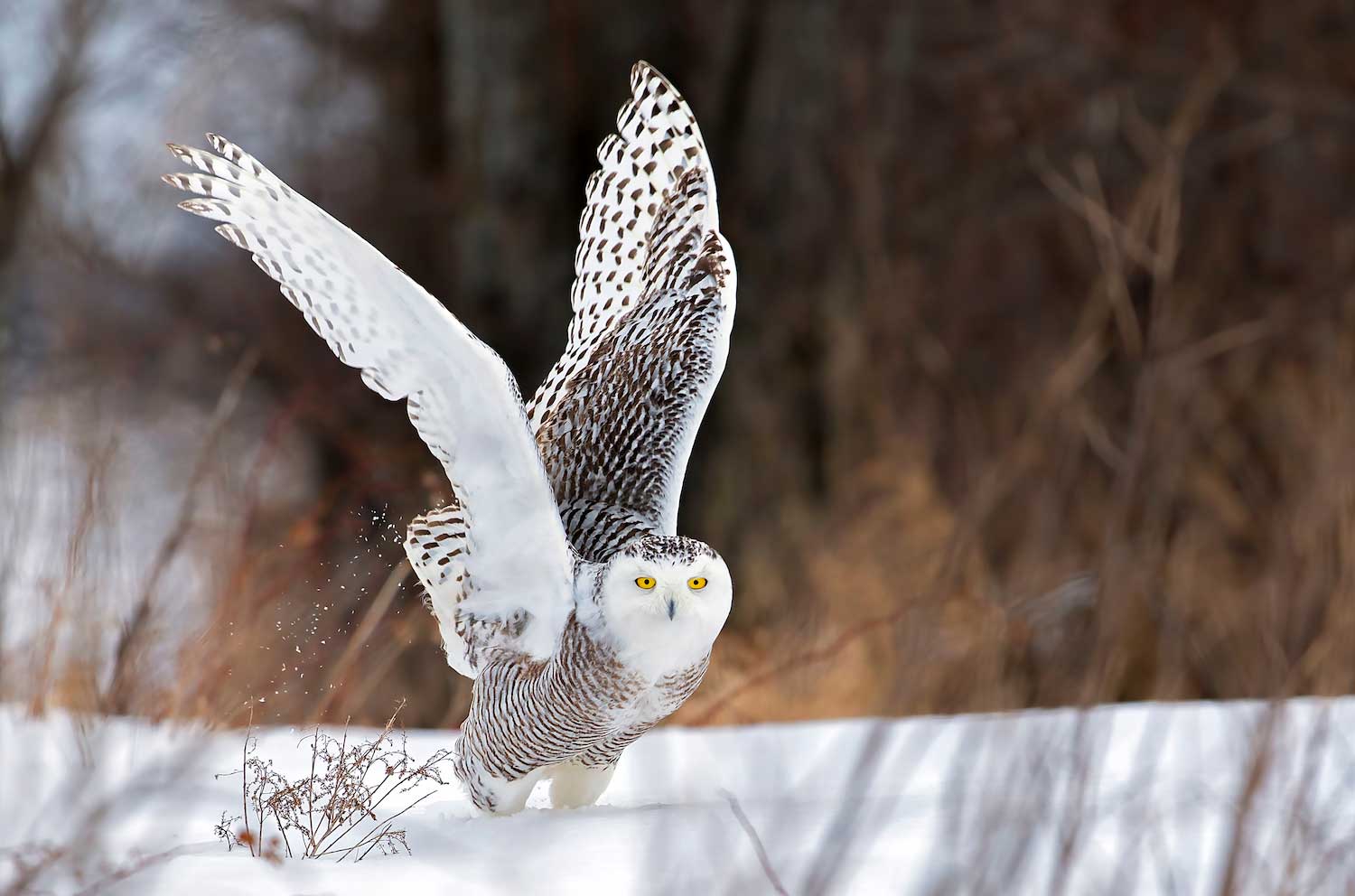 Snowy owls are one of those birds people get excited about, even the most avid and experienced birders. They are on many a birder's bucket list, and one of the things that makes them such a prized find is their relative rarity in northern Illinois.

Like other so-called snow birds, snowy owls are only seen in northern Illinois in the winter, limiting our opportunities to catch a glimpse of these majestic birds. They also don't migrate south in the same numbers each year. Some years winter sightings in Illinois are few and far between; other years they are here in much greater numbers than usual. These bumper crops are called irruption years, and they typically happen every three to five years based on the food supply in their Arctic breeding grounds, according to Project SNOWstorm.

Learn more about what makes snowy owls so special in the bird world with these five facts.

Their snowy white color can vary

Snowy owls are, of course, white, but not uniformly so. When they are young, the owls are mostly white with dark brown barring. The females will retain some of their dark barring throughout their lives, but the males get whiter as they age, according to the Cornell Lab of Ornithology. Females and young males can look similar in appearance because of their dark markings, but the most heavily barred owls are females and the whitest owls are males.

In the Harry Potter series of stories, Harry has a female pet snowy owl named Hedwig, according to BirdNote. In the movies, Hedwig is portrayed by an almost pure white snowy owl, meaning the owl playing Hedwig was male, although Hedwig was female.

When we think of owls, we think about mysterious creatures of the night. But snowy owls aren't nocturnal. Instead, they are diurnal, meaning they are active during the day, according to Cornell Lab of Ornithology. They aren't exclusively diurnal, however. They are known to hunt at all hours of the day.

Snowy owls are especially active during the day in the summer, when their Arctic breeding grounds receive daylight around the clock for some parts of the season, Cornell Lab reports. During this time, there is no cover of darkness, and owls and other animals have adapted their habits for this 24-hour daylight. Although they can be active at any time of day, snowy owls are typically most active at dusk and dawn.

They can really eat

Like many owls, snowy owls are carnivores, mostly eating small mammals and birds. Although they eat a variety of animals, they do have a favorite — lemmings, according to Cornell Lab. Lemmings are small rodents similar to moles that live in the temperate and polar regions of North America. In their breeding grounds, snowy owls can eat three to five lemmings a day, or as many as 1,600 during their breeding season, according to the Maryland Department of Natural Resources.

They wear slippers of sorts

Snowy owls spend their summers in the Arctic and winters in places with cold climates, so they need to protect themselves against frigid temperatures. One way they do this is with feathers that cover their feet. The feathers act as insulation, protecting their feet from the cold, according to the U.S. Fish and Wildlife Service. Other birds with feathered feet to help keep them warm include golden eagles and ptarmigans.

It's not just their feet that benefit from the warmth of their feathers. Snowy owls are the heaviest owl because of the cumulative weight of their thick feathers, which help insulate them against the cold in the Arctic, according to Cornell Lab. They typically weigh about 4 pounds, which is 1 pound more than a great horned owl and twice as much as a great gray owl, which is the tallest of North America's owl species.

They mate for life

Monogamy is not that common in the animal kingdom, but snowy owls often mate for life, according to National Geographic. When the food supply is ample, however, males may mate with two females. Snowy owls usually breed between May and September, but they may select a mate and establish breeding pairs even before leaving their wintering grounds or soon after arriving back in the Arctic.

The male partner will select a territory, and the female will pick a spot to build a nest, according to Animal Diversity Web. Snowy owls nest on the ground, and females build the nests by scraping a shallow depression on the ground. She will usually lay between three and 11 eggs, with more eggs laid when the food supply is good. The chicks hatch about 32 to 34 days later, and both the male and female feed the chicks and protect the nest. Males will hunt for food and bring it back to the nest, while females will rip the food into small pieces the chicks can eat. The chicks leave the nest two to three weeks after hatching, before they are able to fly. They stay close to their parents for several more weeks, until they can hunt on their own.