Seen an armadillo or a bear? IDNR wants to know 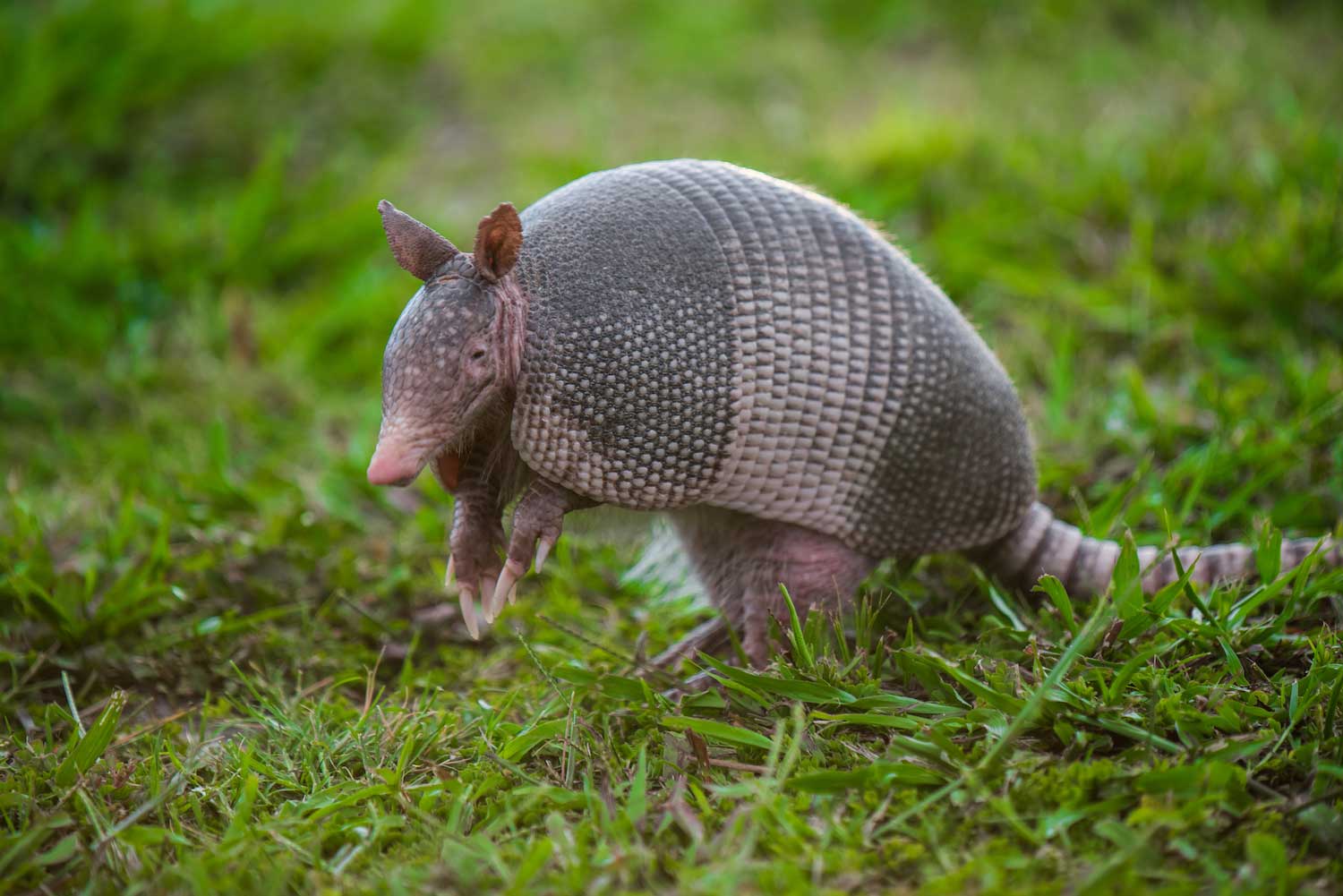 A nine-banded armadillo. (Photo via Shutterstock)

Armadillos in northern Illinois? It may not be as far fetched as it seems.

The normal range for nine-banded armadillos does not extend as far north as Will County and northern Illinois, but their range may be slowly expanding in our direction. A few hundred armadillo sightings have been verified in Illinois since the 1990s, and the animals are known to breed in Illinois, according to Wildlife Illinois. Most of the verified sightings have been in southern Illinois, where they are established, but the Illinois Department of Natural Resources is investigating whether they are expanding their range northward in the state. As part of its research, the IDNR is asking the public to report any sightings of armadillos from what is essentially north of Sangamon County, which is where Springfield is located.

Not sure the critter you saw was an armadillo? It would be hard to mistake the animals for anything else. They are most closely related to anteaters and sloths, but if you had to compare them to another familiar animal, they are similar in shape and size to an opossum. Instead of fur they are covered with bony plates, Wildlife Illinois reports.

Nine-banded armadillos have the largest range of all armadillo species, including parts of South, Central and North America. They have been expanding their range for decades, according to Animal Diversity Web. In 1850, these armadillos weren't found north of Texas, but later in that century they began spreading out north and east. Today they are common as far east as Florida and as far north as Missouri and even now southern Illinois.

Armadillos can only live in places with an annual temperature above 28 degrees Fahrenheit, according to Wildlife Illinois. They have very little hair and do not hibernate in winter, plus they mainly rely on insects for food, so they will not be able to survive in places where the ground freezes for more than a few days at a time.

If winters become more mild, armadillos may continue to expand their range farther and farther north, according to Animal Diversity Web. Human development can also help armadillos expand where they live. When roads and bridges are built, armadillos can use them to more easily gain access to areas that were otherwise inaccessible to them.

Armadillo sightings aren't the only animal sightings IDNR is interested in. They also ask that residents of the state report any sightings of black bears, cougars or gray wolves using their online form.

None of these animals are regular inhabitants of Illinois, but all three do make their way into the state from time to time and all three were common in the state many decades ago. Since 2002, four cougars have been shot in Illinois, and several gray wolf sightings have also been confirmed in the state in that same time period, according to Wildlife Illinois. Black bear sightings also happen occasionally, usually after crossing into Illinois from Missouri and Wisconsin, both of which have resident populations of black bears.

Bears and cougars are protected species in Illinois and cannot be hunted, killed or harassed unless there is an imminent threat to a person or property, Wildlife Illinois reports. Wolves are a state-endangered species, and they are also protected as a federally endangered species. Armadillos are not currently protected by the Illinois Wildlife Code.