See a ring around the sun or moon? It's a 22-degree halo 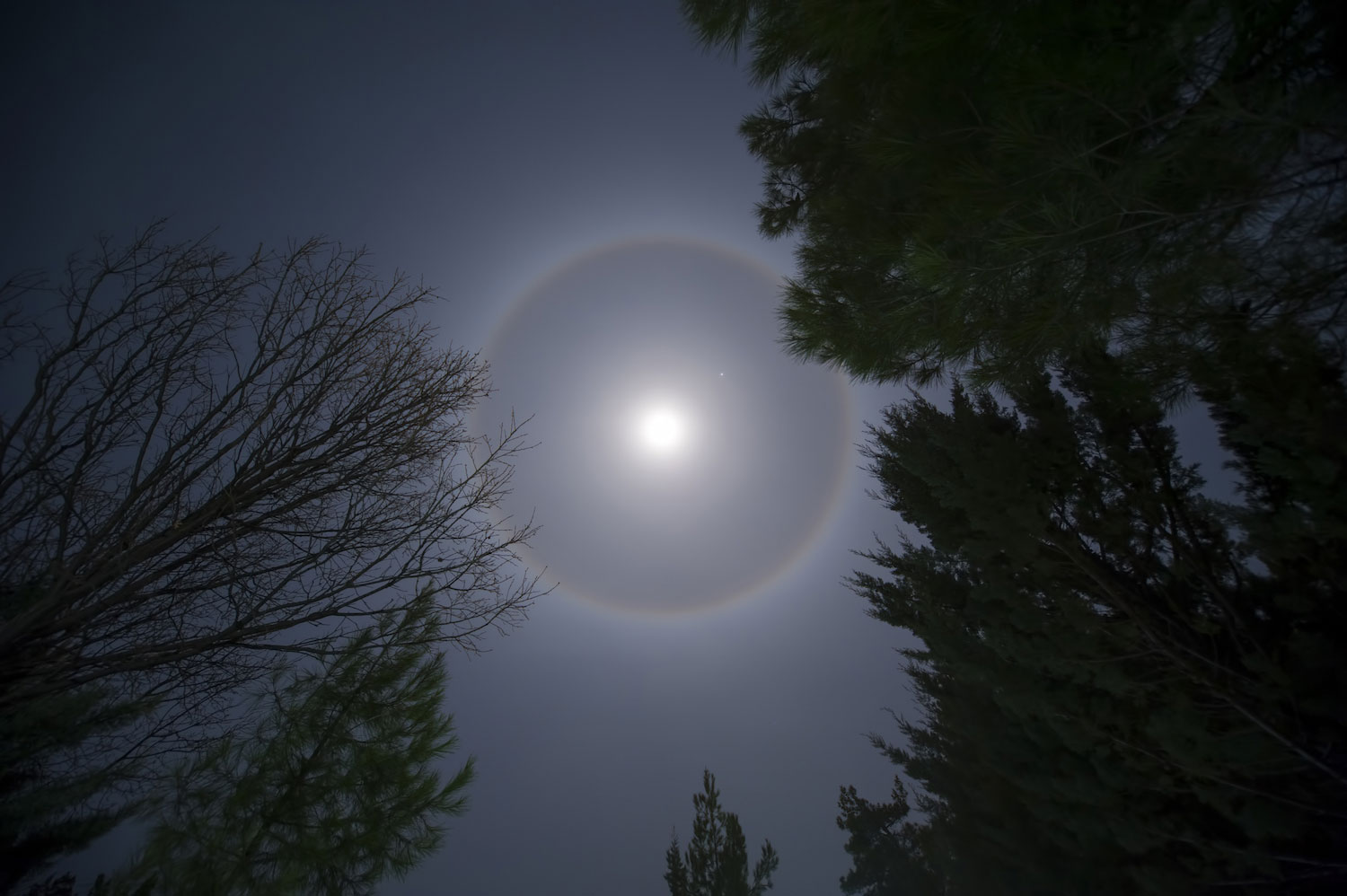 Have you ever gazed up at the moon and wondered if your eyes were playing tricks on you because it looked as though it was surrounded by a perfect circle of light? Don't worry; your eyes are fine. These rings of light do sometimes appear, and it's nothing to be concerned about.

These rings are called halos, and they can develop around both the moon and the sun. Scientists call them 22-degree halos because they are about 22 degrees from the center of either the sun or the moon, according to EarthSky. When they form around the sun, they are called solar halos or sun halos. Rings around the moon are called lunar halos or moon halos. These halos are always a perfect circle, but you may not always see them as such if clouds partially obstruct your view.

Solar and lunar halos are visible to us because light from the sun or moon is being refracted off the tiny ice crystals in the high, thin cirrus clouds, according to the National Weather Service. The ice crystals act like a prism, allowing us to see the white ring.

The halos normally look like white light, but they can sometimes appear to have faint color as well. Most typically, when color is visible, the inner edge of the halo will appear reddish, according to the World Meteorological Association. Less often, the outer edge will appear violet in color. Color is more common in halos around the sun than the moon, but remember that you should never look directly at the sun because it can damage your eyes.

Have you ever heard the old saying "Ring around the moon means rain soon?" That saying is about moon halos, and it turns out these rings of light may be a reliable — but not foolproof — predictor of rain. That's because the thin cirrus clouds that allow us to see these halos often precede a storm, EarthSky reports.

Halos aren't the only optical phenomenon caused by the reflection and refraction of light on ice crystals high up in the clouds. If you've ever seen sunny, rainbow-like spots either to the left or right (or both) of the sun, you've spotted a sundog. These spots are caused by the refraction of light through ice crystals, and they are always about 22 degrees to either the left or right of the sun, depending on where the ice crystals are, according to the weather service.

Sundogs can look like rainbow spots on either side of the sun, although the colors are not as well defined. You'll see red light on the side closest to the sun, and the colors of the rainbow generate outward, with blue farthest from the sun, the weather service reports.

Another optical phenomenon involving the sun is called sun pillars. These are columns of light that radiate vertically above the sun, according to the weather service. Sun pillars develop when light from the sun reflects off of ice crystals slowly moving down through the atmosphere. They are most often seen at sunrise or sunset, and they are visible low on the horizon.