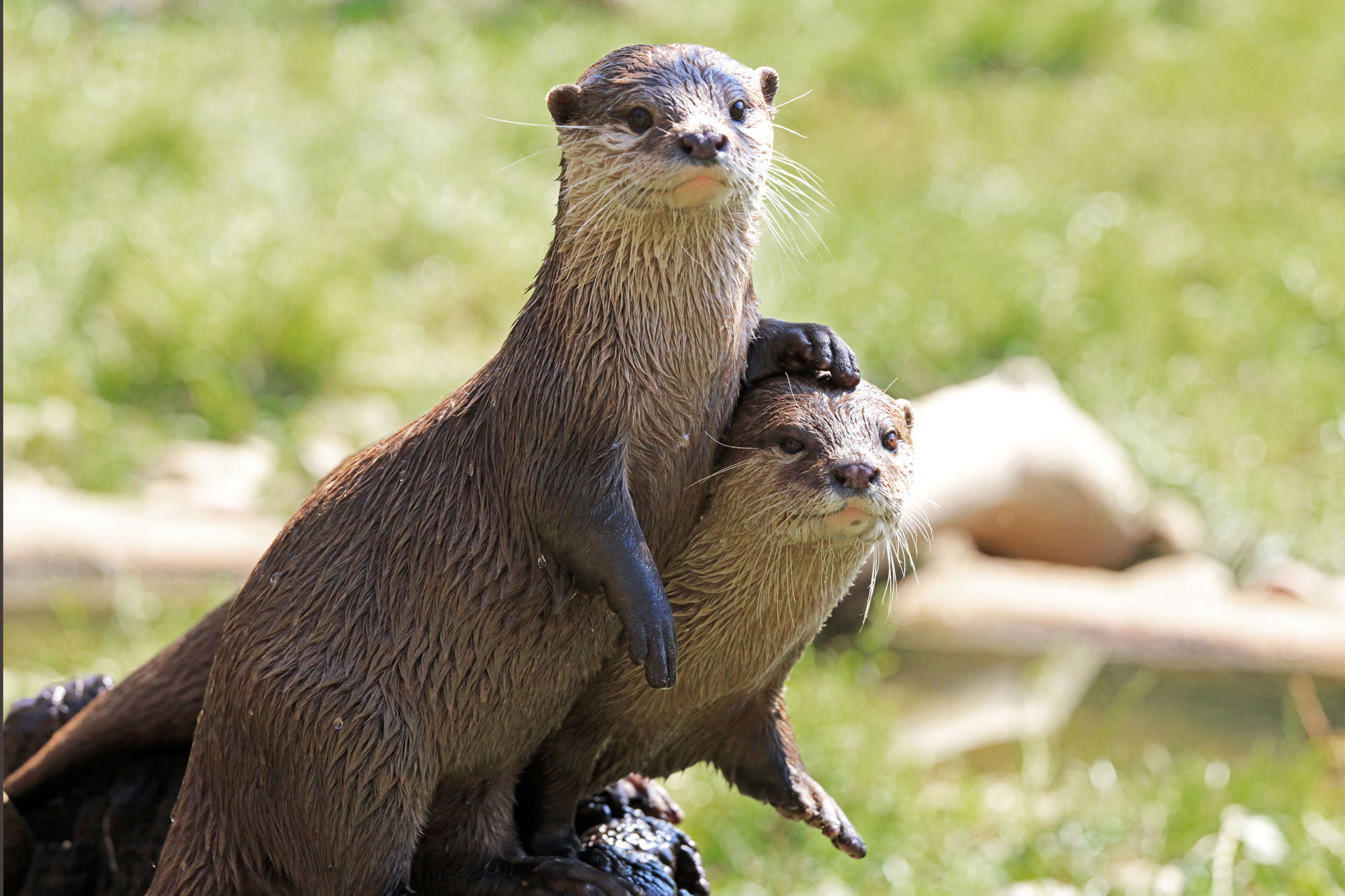 River otters are known for their playful nature. (Photo via Shutterstock)

River otters are beloved for their playful nature, frolicking around in the water and sometimes even sliding down and around hills.

These play sessions are often between female otters and her offspring, and what looks like a fun time also helps the young otters learn how to swim and other important survival skills, according to National Geographic. It's not unusual to see groups of river otters together, typically mothers and their offspring. Males are more solitary and typically live alone.

River otters belong to the Mustelidae family, which also includes weasels, minks and badgers, according to Animal Diversity Web.

For a long time, spotting a river otter in Illinois was a rare occurrence. The animals were nearly extirpated from Illinois due to hunting and overharvesting as well as habitat loss, according to the Illinois Department of Natural Resources. In 1929, trapping of river otters was made illegal in Illinois.

Even so, by the late 1980s, it was estimated the state population of river otters was only about 100. In 1979, river otters were listed as a state threatened species. In 1989, they were elevated to the state endangered species list.

The state initiated a conservation program to help grow the river otter population. The foundation of the program was trapping otters from Louisiana and then releasing them in southern and central Illinois. Biologists then closely monitored the otters, tracking their movements.

The program was a success, and the otters were removed from the state endangered species list in 2004, IDNR reports. By 2009, their state population was estimated at 11,000. Today, river otters live in every county of Illinois, IDNR reports.

Learn more about river otters below.

Otters get their name from their aquatic nature. The term otter is derived from the Old English word "otor," which is similar to the root word for water in several languages. The ancient Greek term for otters translates to "water snake."

River otters are related to weasels, and they look the part, with long, thin bodies, short legs and long, tapered tails, according to Animal Diversity Web. Their fur is dark brown or almost black in color, with lighter-colored fur on their cheeks and chins. Otters weigh between 10 pounds and 30 pounds and measure 34 inches to 53 inches long, from their noses to the end of their tails. Their tails account for quite a bit of their body length, measuring from about 11 inches to 19 inches long.

Because all three are semi-aquatic, river otters are sometimes confused with beavers and muskrats. Otters can most easily be distinguished from them by their tapered, fur-covered tails, as well as by their prominent noses, small eyes and small, rounded ears, Wildlife Illinois reports.

River otters are most often seen in lakes, rivers and streams in Illinois, and they prefer bodies of water near forests or wetlands, according to Wildlife Illinois. They shelter themselves in burrows, but they don't build their own. Instead, they take over abandoned beaver dens and burrows used by woodchucks, beavers and muskrats. The entrances to their dens are underwater, with a tunnel leading to a chamber lined with leaves, grasses, mosses, bark and even hair.

Otters are native to North America and live in the United States, Canada and parts of Mexico. They live across much of the United States, except for portions of the southwest in California, Texas and New Mexico and the Mojave Desert in Nevada and Colorado.

River otters are mainly carnivorous, although they sometimes eat aquatic plants. Primarily, though, they eat aquatic animals, including fish, crayfish, turtles, frogs and aquatic invertebrates, according to Animal Diversity Web. Fish is their primary food source.

In dark waters, river otters rely on their whiskers to help them find prey. They typically eat their catch in the water, but will go on land with larger prey, such as a big fish.

Because they are predators, river otters help control the population of fish and many aquatic invertebrates, according to Animal Diversity Web. In addition, the presence of river otters in a particular area is an indicator of a healthy aquatic habitat and also a stable fish population. 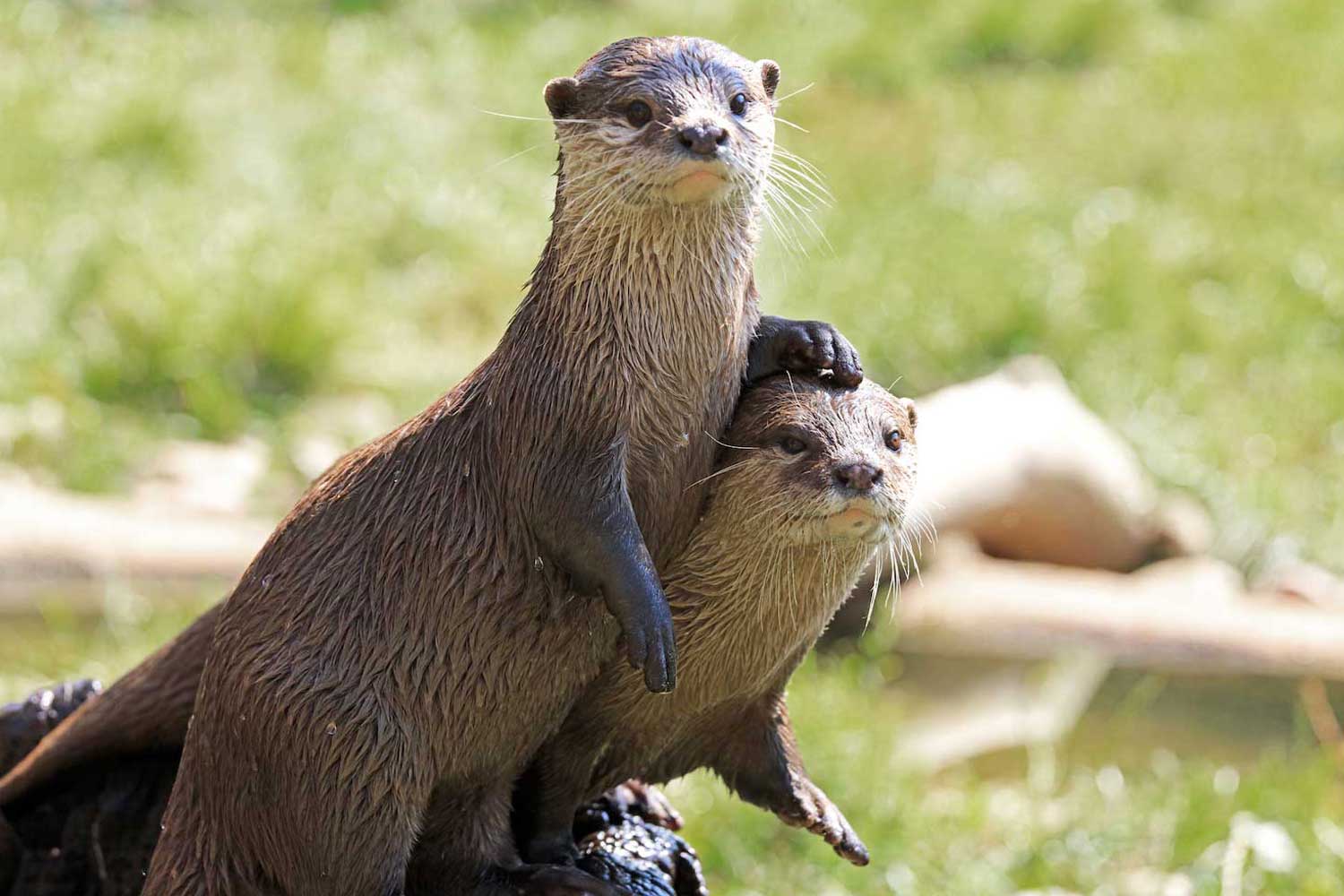 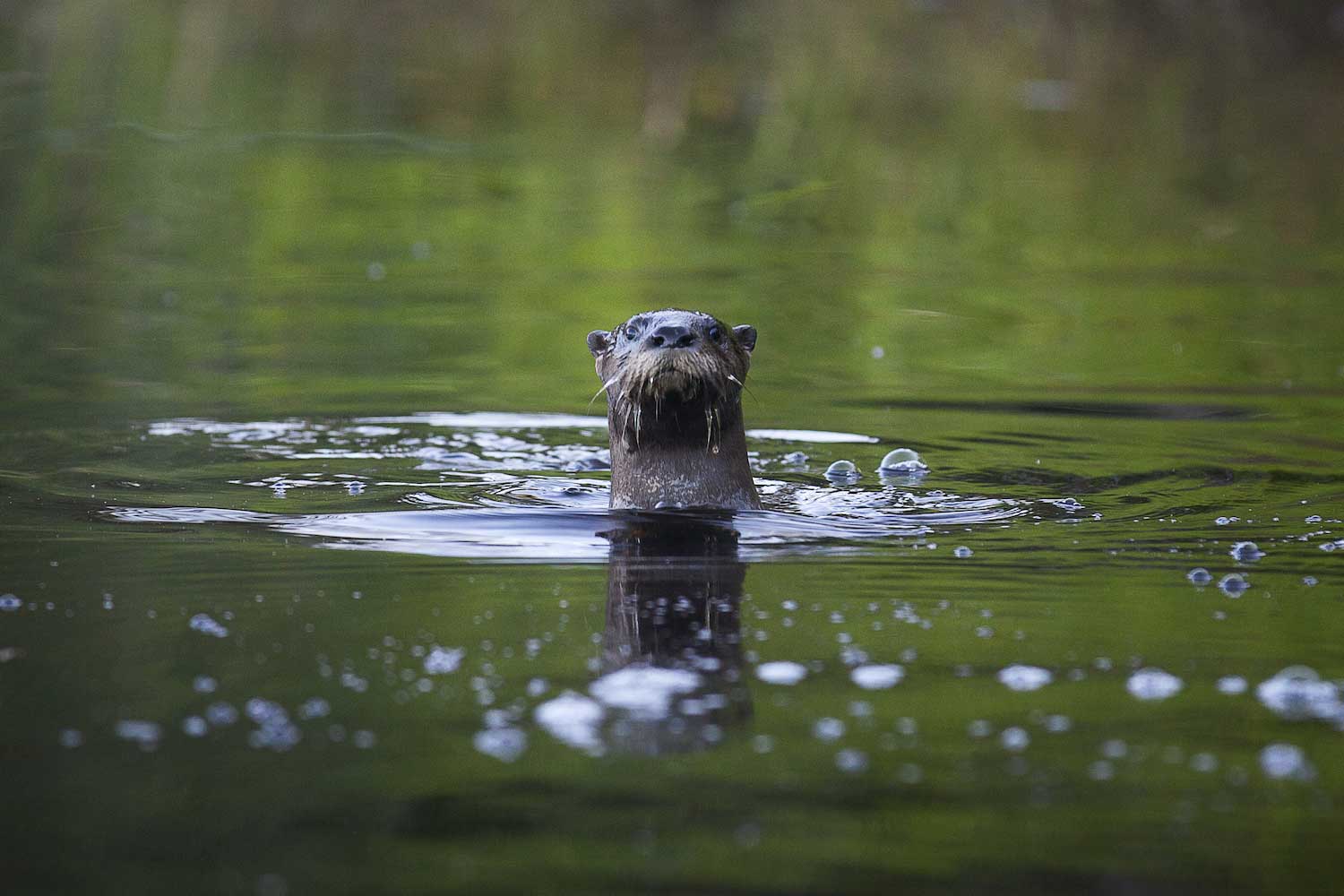 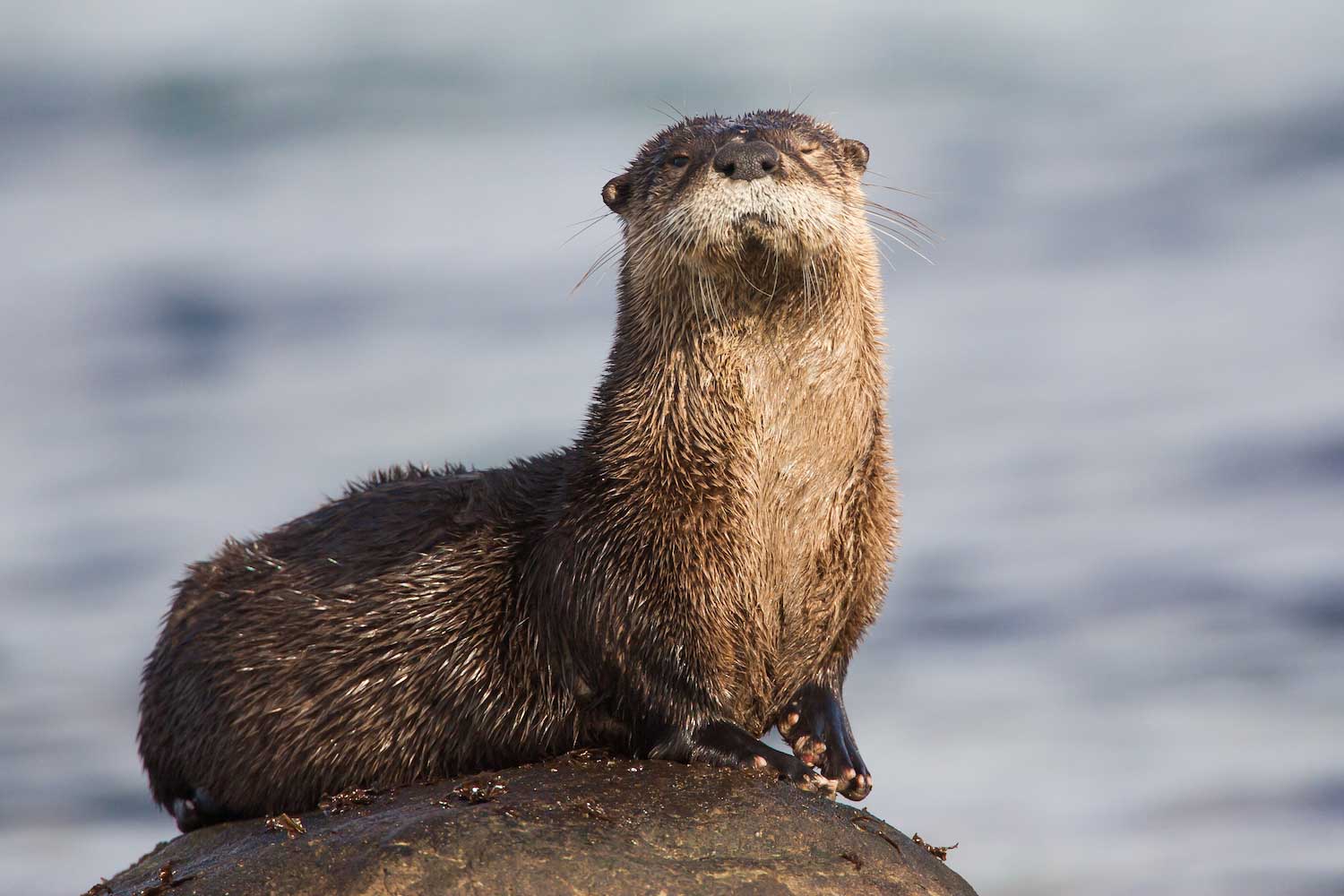 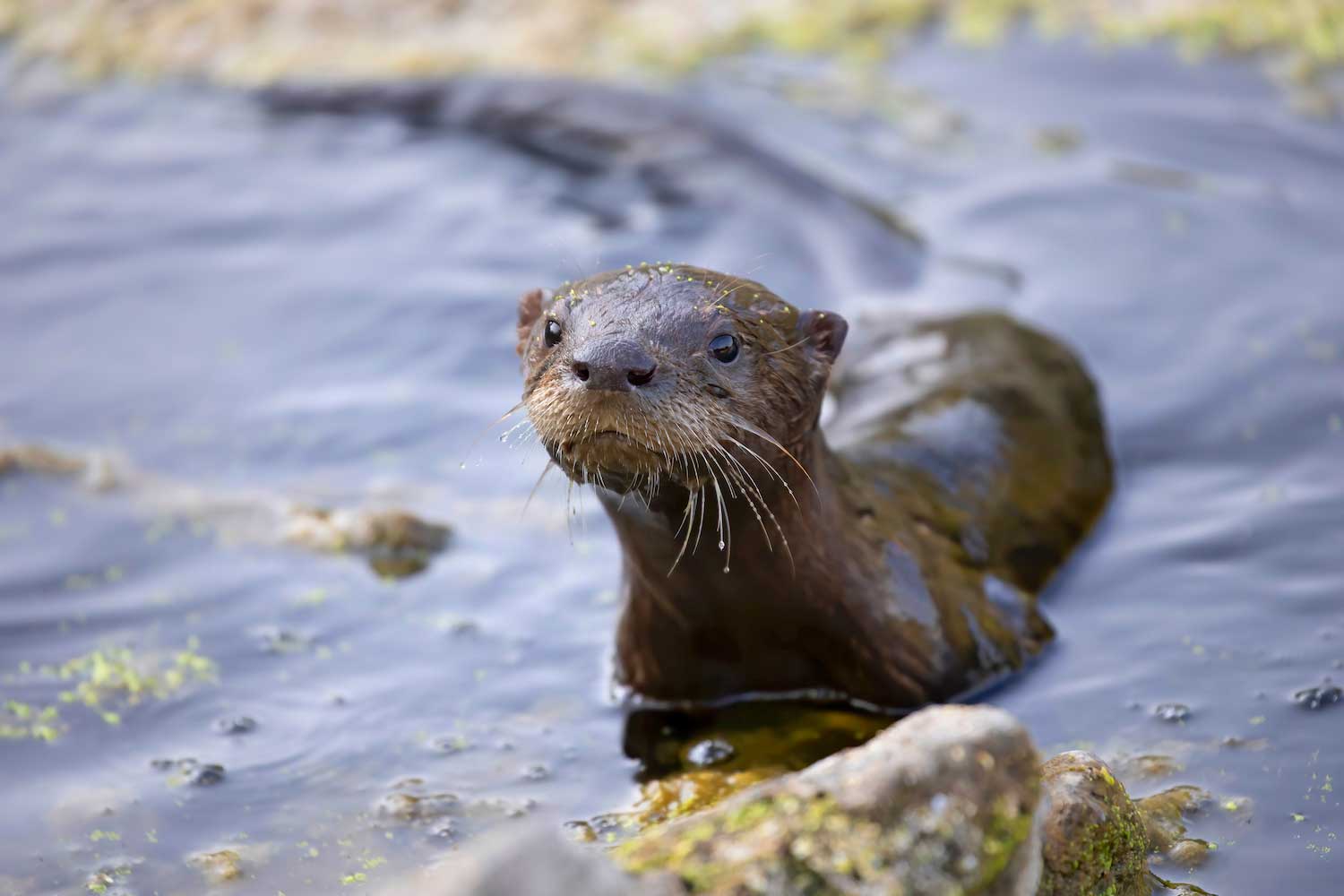 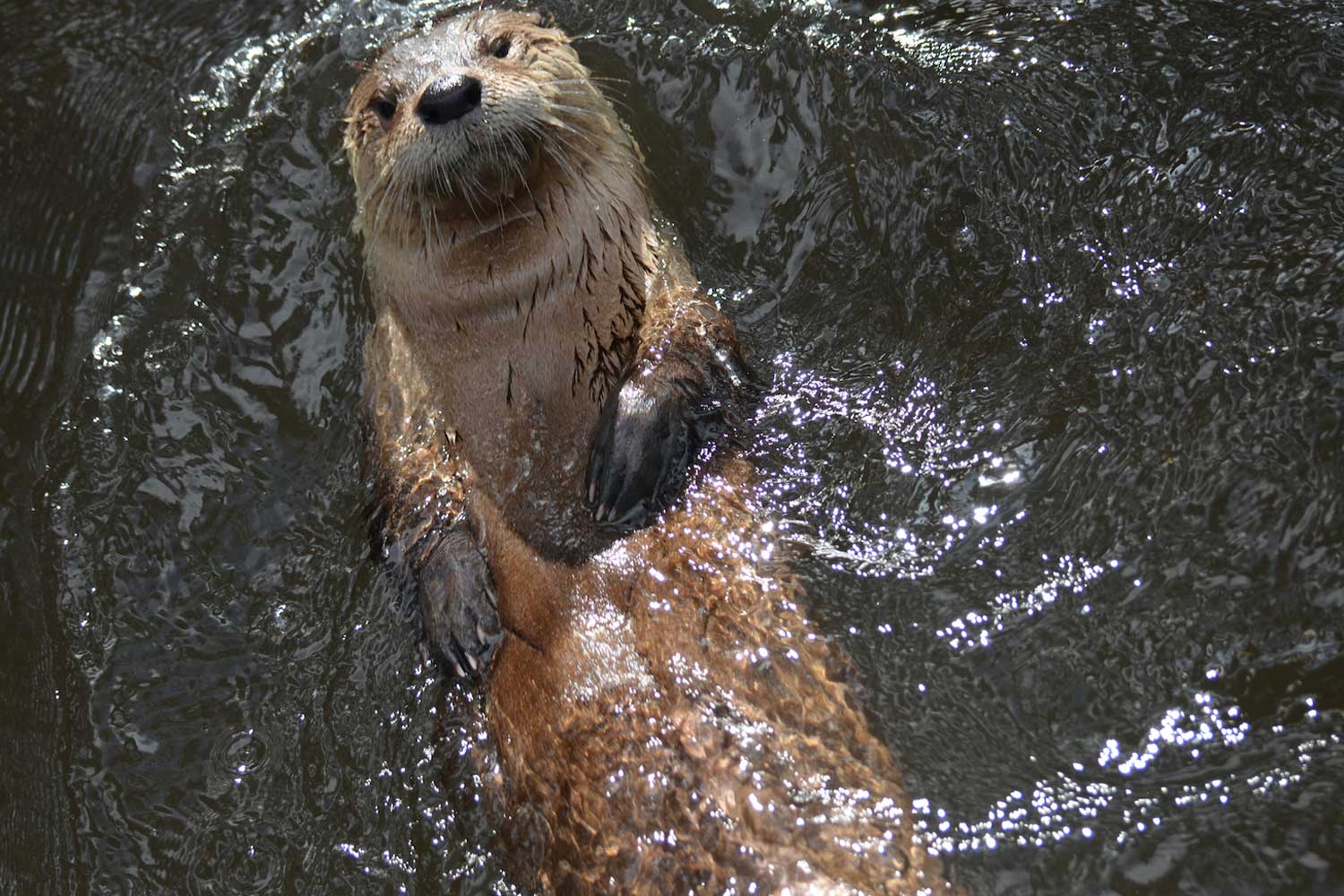