Leaves of three, let it be: How to avoid poison ivy and its itchy rash 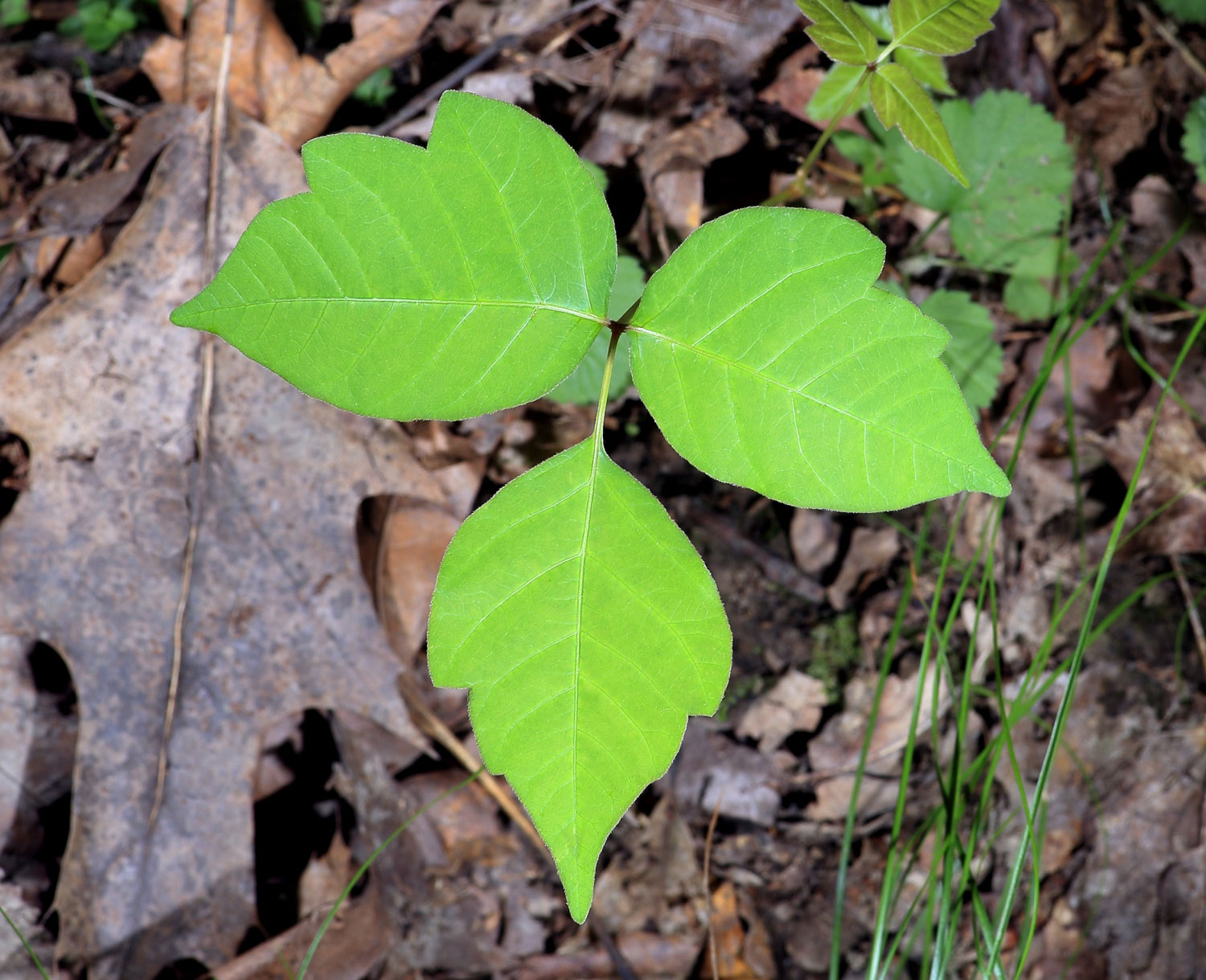 Poison ivy has compound leaves with three leaflets, giving rise to the old saying, "Leaves of three, let it be." (Photo via Shutterstock)

You've probably heard the old saying, "Leaves of three, let it be." Those notorious leaves of three are the hallmark characteristic of poison ivy, a plant best avoided because of the itchy rash it can cause.

But even with that old adage to serve as guidance, poison ivy isn't always so easy to spot. A more in-depth understanding of the plant's appearance may help guide you well.

First, poison ivy does, indeed, have three leaves, although it would more accurately be described as three leaflets. The leaves of the poison ivy plant are compound leaves, each with three leaflets attached to a single stem, according to the Michigan State University Extension. These leaflets are typically 2 inches to 5 inches long, and they grow in an alternate pattern: the middle leaflet, at the terminal end of the stem, has a longer stalk than the two side (or lateral) leaflets.

The edges of the poison ivy leaflets can also be a key identifying characteristic. Often, one edge of each leaflet will appear toothed, or have a jagged edge, while the opposite edge is either smooth or just barely toothed or jagged, according to Purdue University.

Besides these leaves of three, poison ivy can have a varied appearance. The leaves can be either dull or glossy, and they can be hairy or have no hair at all, according to the Michigan State Extension. Because it is a vine, poison ivy can grow up trees and other structures or take the form of a shrub, but it can also grow in large clusters on the ground.

In late spring and early summer, poison ivy can be spotted by its fruit: tight clusters of white berries. These berries will continue to grow and ripen throughout the growing season. Later, as summer turns to fall, poison ivy leaves will turn red.

Poison ivy is common and widely distributed. One reason it is so prolific is because the berries it produces are commonly eaten by birds, deer and other animals, according to the Michigan State Extension. These animals do not digest the seeds in the berries, instead passing them in their scat, giving rise to more poison ivy.

Adding to the difficulty in identifying the plant is that poison ivy looks similar to some other common plants, including Virginia creeper. There are some key differences, however. For example, Virginia creeper has leaves with five leaflets, instead of three, and its berries ripen to a blue color rather than white, the Extension reports.

Poison ivy also looks similar to poison oak, although its leaves look more like the lives of an oak tree and it usually grows more as a shrub, according to the Cleveland Clinic. A third plant, poison sumac, is often lumped together with poison ivy and poison oak because it causes the same painful, itchy rash, although it has a distinct appearance. Poison sumac is a woody shrub that produces stems with seven to 13 leaves and also has clusters of green berries.

All three of these plants — poison ivy, poison oak and poison sumac — contain a chemical called urushiol that causes the well-known allergic reaction. The reaction is one of the most common causes of allergic contact dermatitis in North America because as many as 75 percent of people are sensitive to urushiol, the Cleveland Clinic reports.

All parts of the plants — the leaves, stems and roots — contain urushiol. The first sign of a reaction is usually itching and redness, followed by the eruption of a rash. The rash often looks streaked or patchy because it will develop only where urushiol came into contact with skin.

A poison ivy rash isn't contagious and it doesn't spread, according to the American Academy of Dermatology. People often think the rash spreads because the allergic reaction can be delayed.

There is no cure for a poison ivy rash, although you can use over-the-counter products such as calamine lotion to help alleviate the itching and discomfort. Anti-histamine products will not help because the rash is not caused by a histamine reaction.

A poison ivy rash can last five to 12 days, or up to a month in more severe cases. For severe reactions that cause swelling, you may need a prescription corticosteroid to help control the allergic reaction.