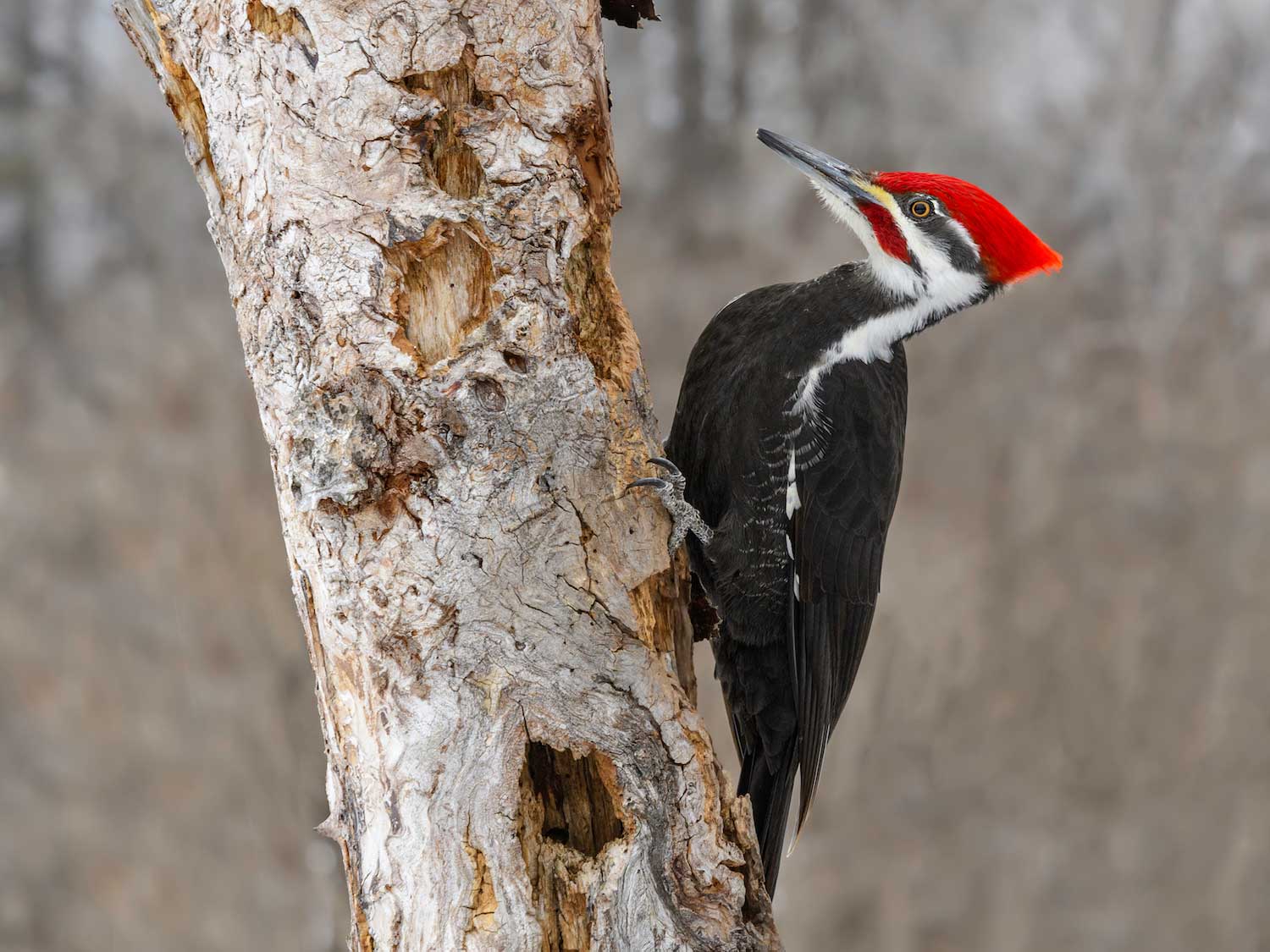 That jackhammering sound you hear coming from the forest might not be construction crews hard at work but instead the work of a pileated woodpecker making its presence known.

The practice of hammering away at a tree is known as drumming, also called rapping or tattooing, and it's done for several reasons. Males do it to attract a mate and establish and defend their territory, and this loud, rhythmic drumming can really get your attention. But they also do it when excavating a nesting hole in a tree or when looking for insects living in wood, the Cornell Lab of Ornithology reports.

Like all woodpeckers, pileated woodpeckers excavate holes in wood, but what makes them unique is that their holes are rectangular in shape, according to the Cornell Lab of Ornithology. Their holes are also quite large, sometimes more than a foot long and excavated deep into the tree.

Read on to learn more about these birds.

Pileated woodpeckers are named for their most noticeable feature: the bright red crests atop their heads. The term pileated is derived from the Latin word pileatus, which means capped in English, according to the American Bird Conservancy.

The real question about these woodpeckers is how to pronounce their name. Some say PIE-lee-ay-tid, while other say PILL-ee-ay-tid. Many dictionaries list both pronunciations, with PIE-lee-ay-tid listed first. Either way, people know what bird you are talking about, so don't worry too much about how you pronounce it.

Pileated woodpeckers are our largest woodpeckers, about the size of a crow. They have bright red crests, but are otherwise black and white. Males and females look similar, but the males have a red cheek stripe that females do not, according to Cornell Lab. Both males and females have long necks and long, sharp bills that are about as long as their heads.

Despite being the largest woodpecker on the continent, pileated woodpeckers usually only weigh between 8 ounces and 12 ounces. They are about 15 inches to 20 inches long, and their wingspans are typically between 25 inches and 30 inches.

Pileated woodpeckers are forest birds, and they prefer old, mature woodlands that include fallen and dead trees, according to the Cornell Lab. In less mature and second-growth forests, they will look for areas that include a lot of dead and fallen trees. They are equally at home in deciduous and evergreen forests, but they prefer a mixed forest or a mature deciduous forest.

The birds live across much of the eastern United States, stretching as far west as Minnesota to the north and eastern Texas to the south. They also inhabit large swathes of Canada except for the far northern regions. They don't migrate, remaining in their territory all year.

Like many woodpeckers, pileated woodpeckers primarily eat insects, and their food of choice is carpenter ants, the Cornell Lab reports. Studies into the birds' diets have found ants can constitute 40% of their diet, but for some birds they are 97% of their diet.

Besides carpenter ants, pileated woodpeckers also eat other types of ants as well as termites, flies, caterpillars, cockroaches, grasshoppers and wood-boring beetle larvae. They are classified as omnivores because they also eat nuts and fruit. While they aren't frequent visitors to feeders in people's yards, they do sometimes stop at a suet feeder.

As insect eaters, pileated woodpeckers are important to the ecosystem because they help control the population of many insects, according to the Missouri Department of Conservation. In this way, they also help protect the health of the forests where they live because some of the insects they regularly eat could harm or cause damage to trees if their populations grow too large.

The holes that pileated woodpeckers excavate in trees for their nesting cavities also help other species that cannot build their own because they will take over the spaces after the woodpeckers move on. 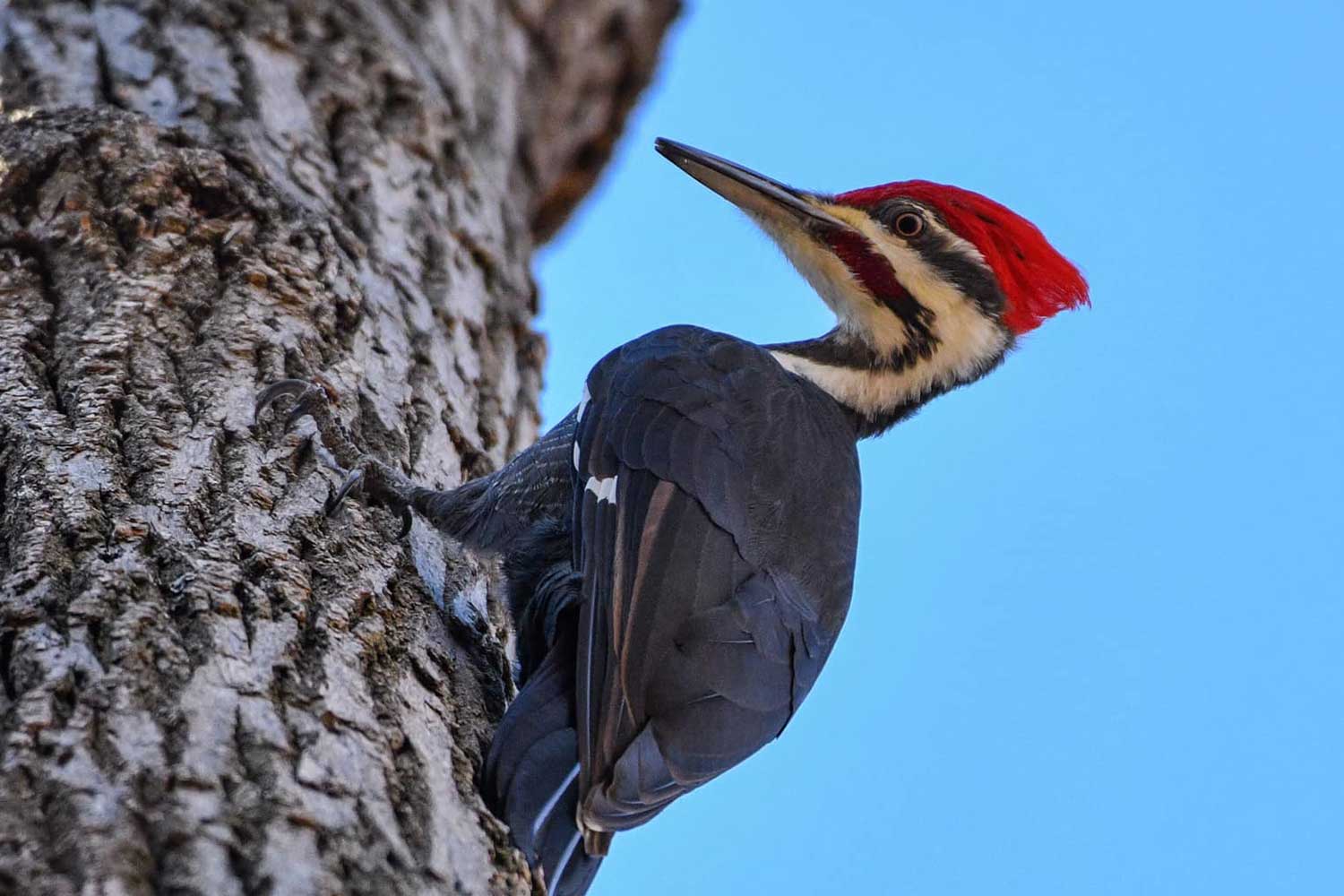 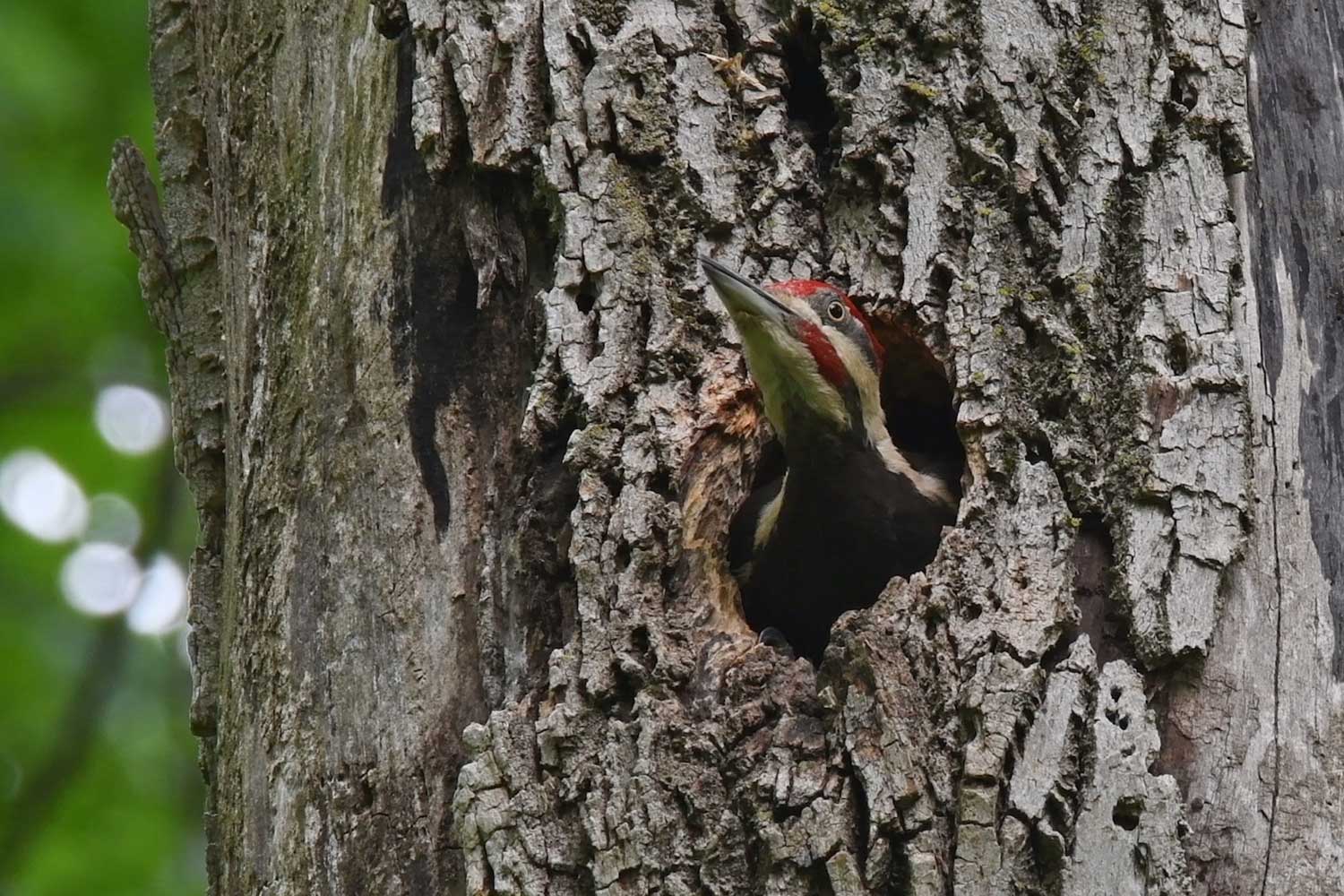 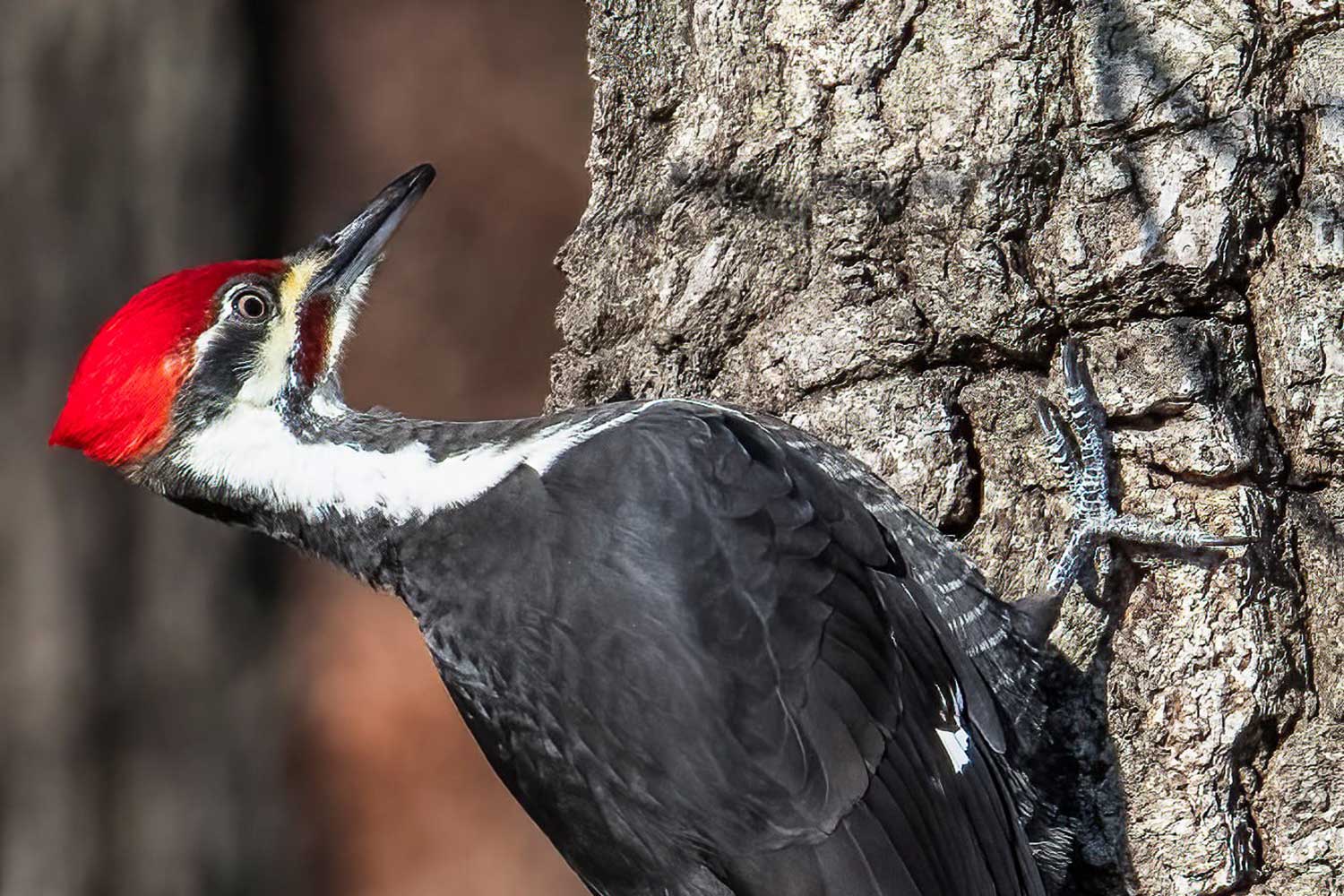 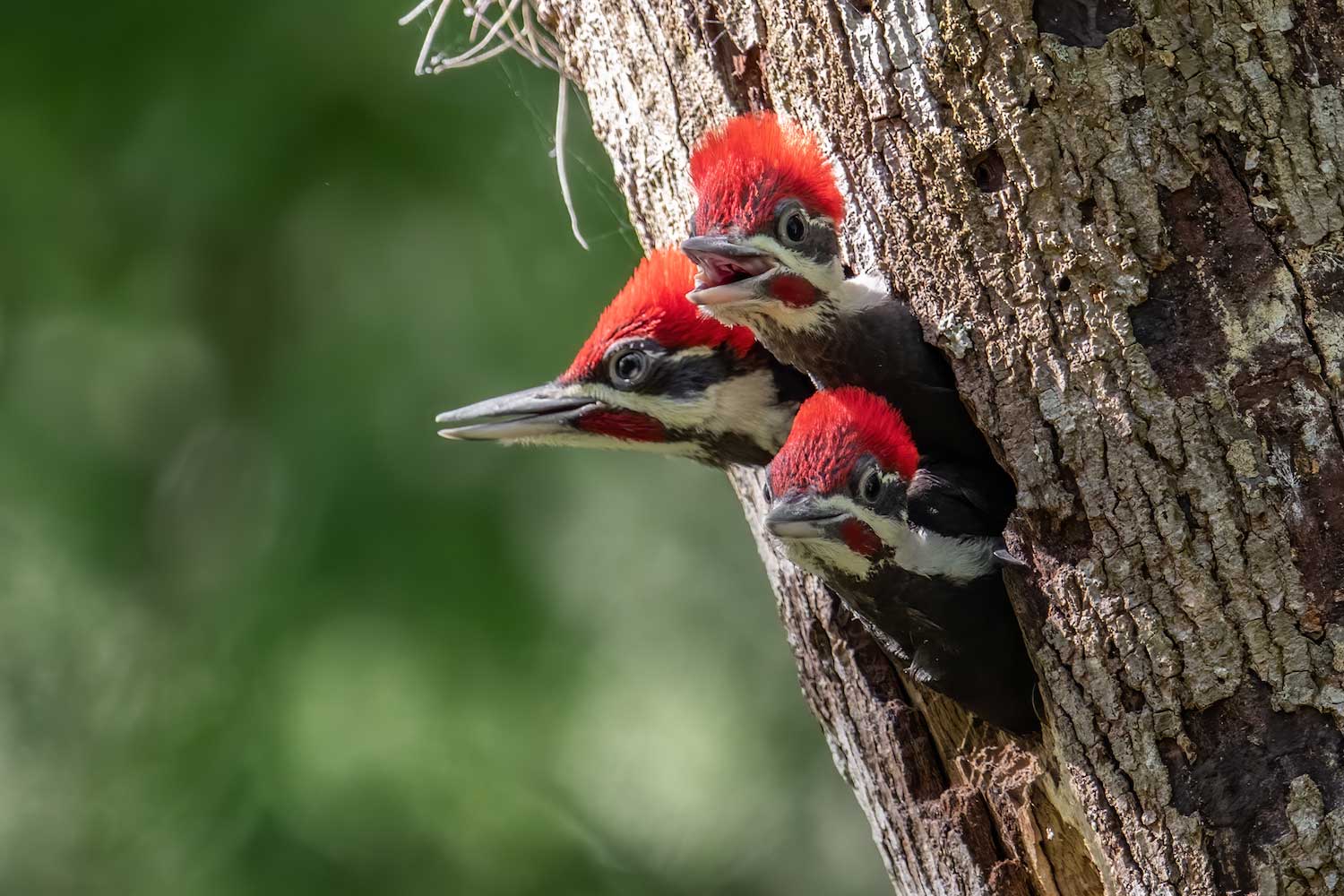 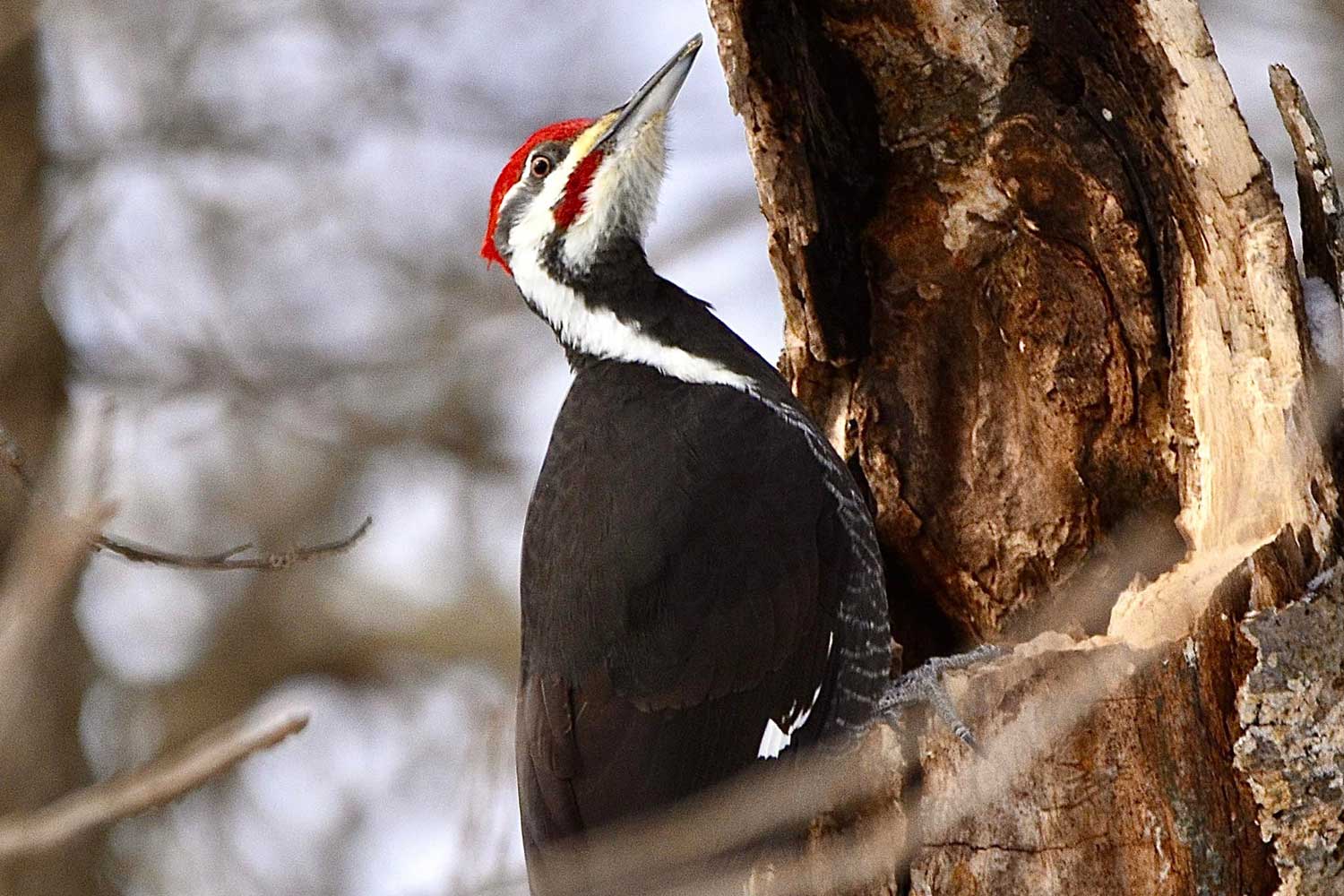 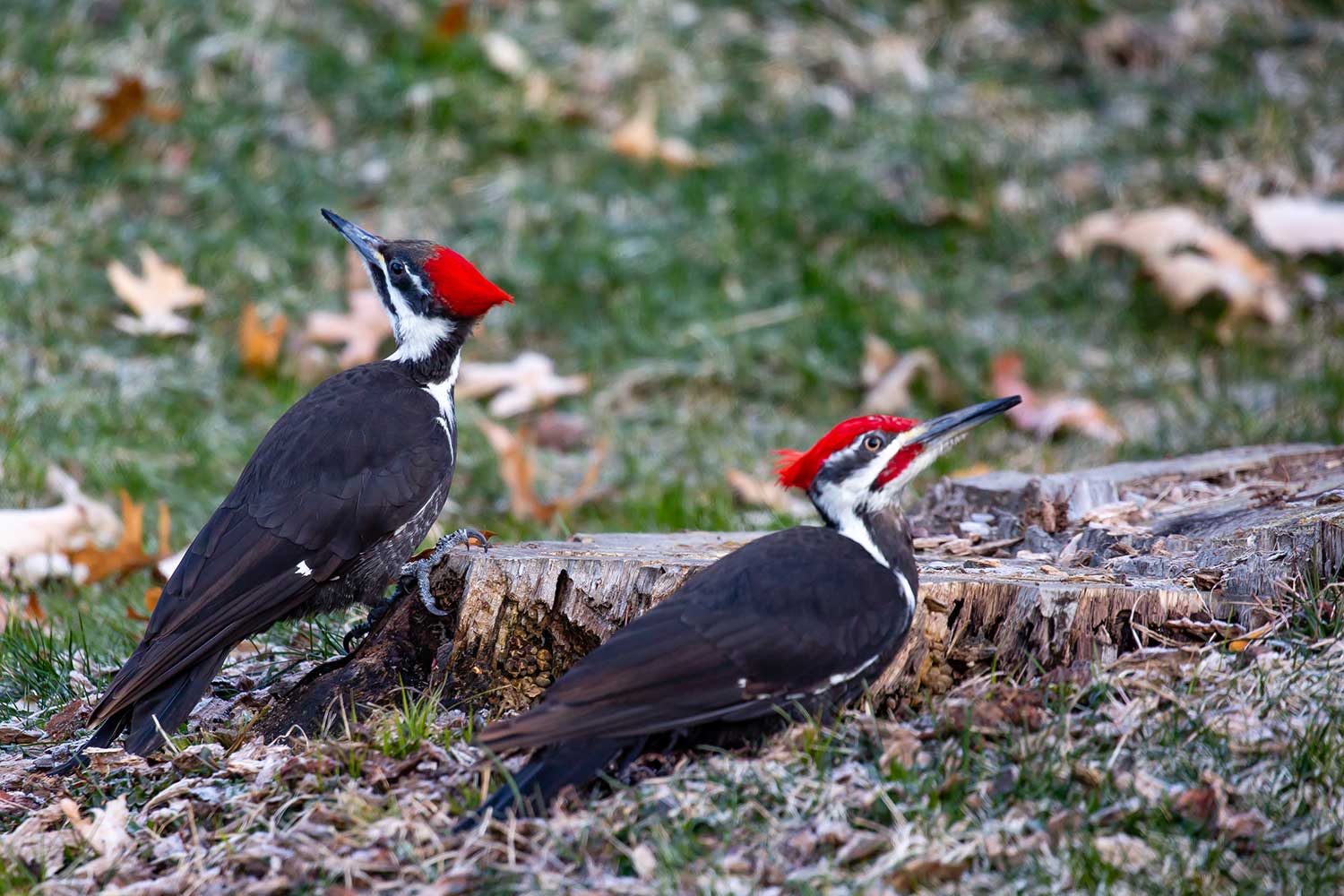