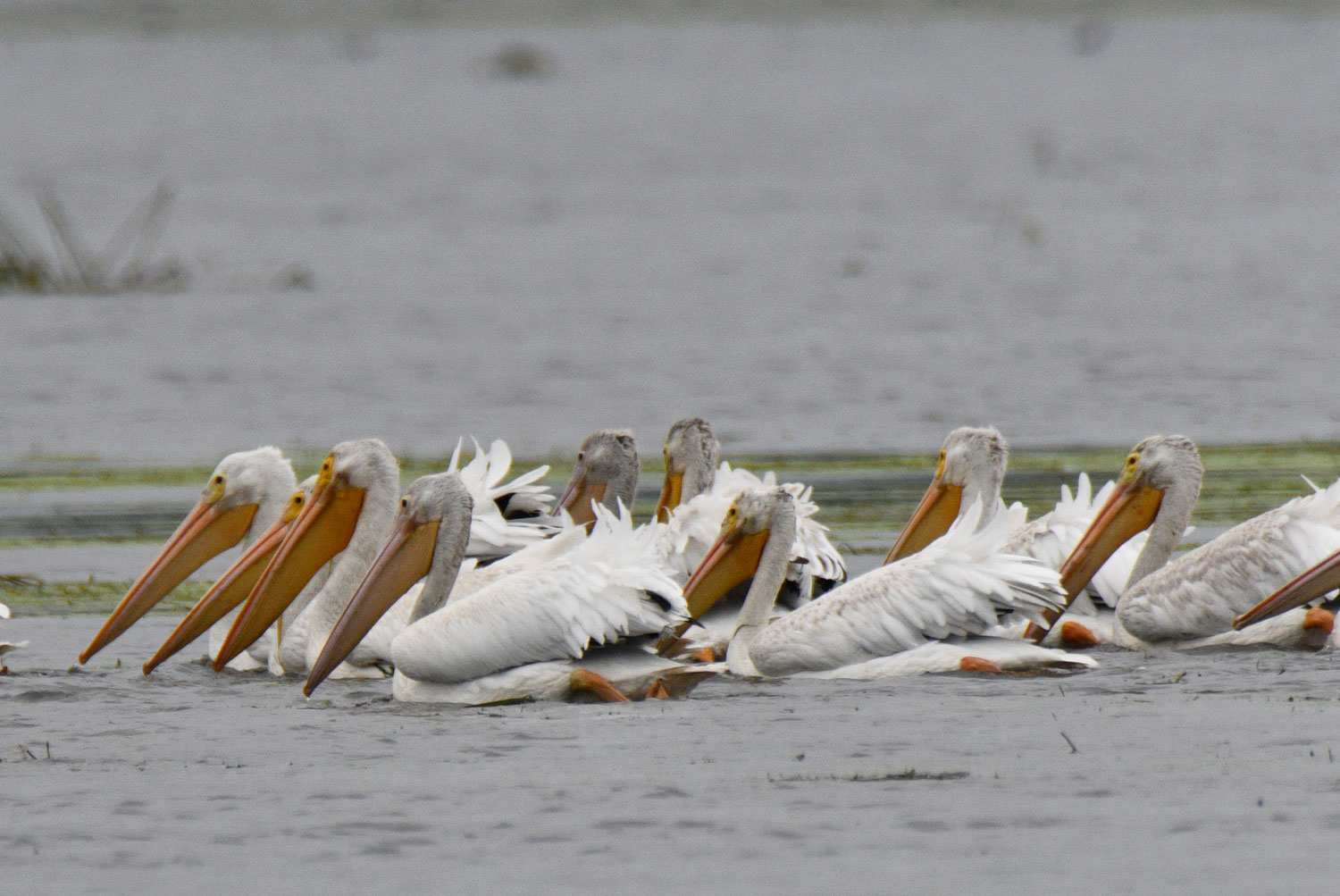 The arrival of American white pelicans in Will County is a much-anticipated event among bird watchers each spring and fall.

And now that these amazing creatures have just recently arrived at McKinley Woods – Kerry Sheridan Grove for their annual fall stopover on their migration south, it's the perfect time to learn more about these big birds.

The common name for the American white pelican as well as other pelican species is derived from its taxonomy. Pelicans belong to the genus Pelecanus, the family Pelecanidae and the order Pelecaniformes.

American white pelicans are one of eight pelican species in the world. Only one other species, the brown pelican, lives in the United States. Brown pelicans, however, live only along the southern coasts.

These pelicans are big birds, one of the largest flying birds in North America. Standing between 4 feet and 5 1/2 feet tall, they have a wingspan that averages about 9 feet, the Cornell Lab of Ornithology reports. They weigh an average of 14 pounds.

At rest, pelicans look all white. With their wings outstretched, though, they reveal black flight feathers on the underside of their wings. They have long necks, and their bills and feet are a bright orange or yellowish-orange. During breeding season, adult pelicans will grow a plate-like or horn-like projection on their bills.

American white pelicans live across most of the southern and western portions of the United States, with their range extending as far east as Wisconsin, Illinois, Kentucky, Tennessee and Mississippi. Most pelicans are migratory, traveling to northern breeding sites each spring and then south or southwest each fall, the Cornell Lab reports.

Water is a constant for these pelicans, according to the National Audubon Society. They spend the winter months in the south, mostly in coastal areas. During their spring and fall migrations, they stop over at lakes and rivers along the way. American white pelicans breed at fewer than 60 spots across the United States and Canada. These breeding grounds are always near water, typically islands located in shallow waters or wetlands.

American white pelicans mostly eat small fish, mainly focusing on foraging for fish that are less than half the length of their bill, according to the Cornell Lab. Other food sources include crayfish, tadpoles and salamanders. They forage for food by dipping their heads and bills into the water.

The bill of a pelican can hold a lot — up to 3 gallons of water, according to National Geographic. But contrary to popular belief, pelicans do not store food in their bills. Their bills are useful in their search for food, because they can dip them in the water to scoop up food, but they always eat their catch before flying away. 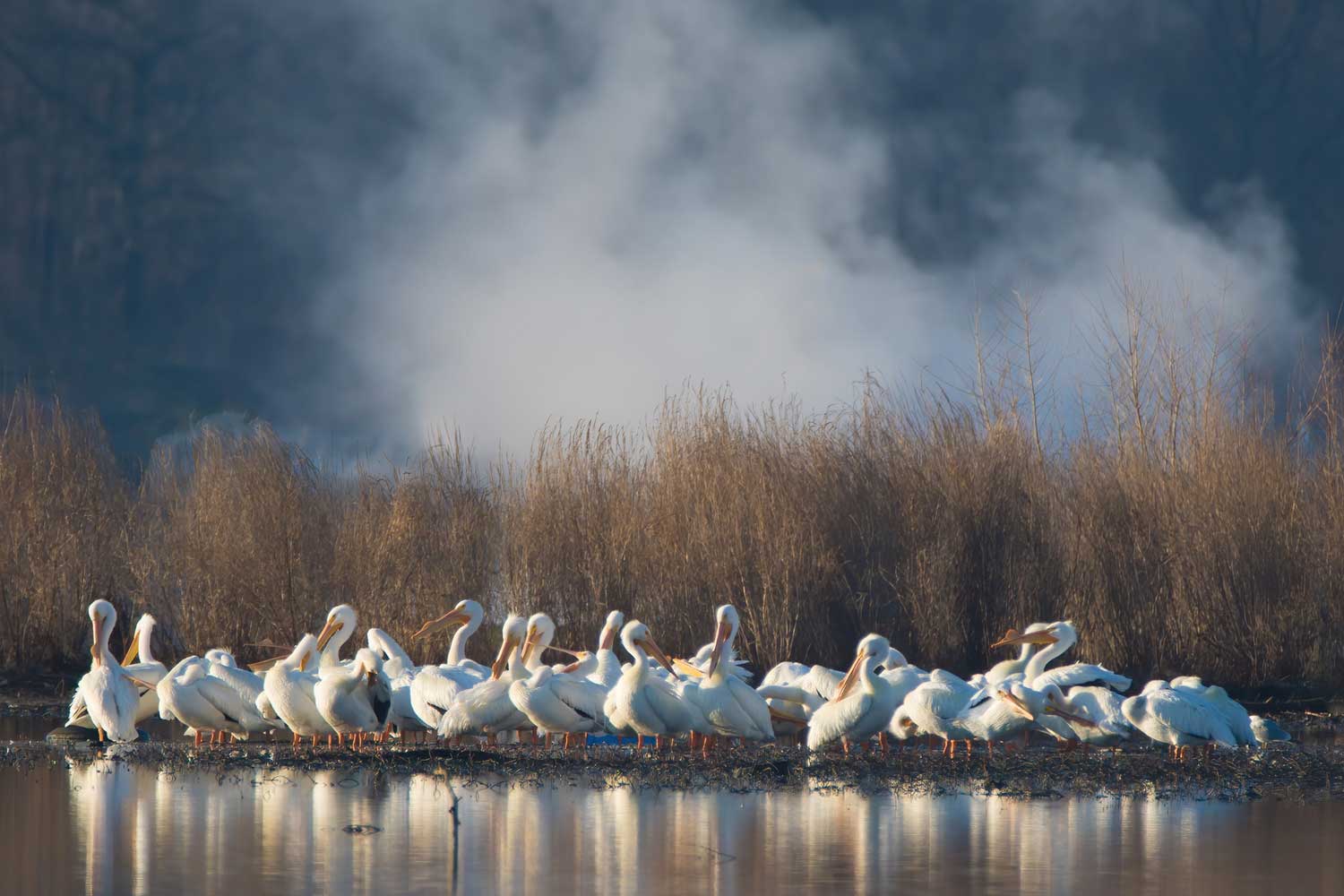 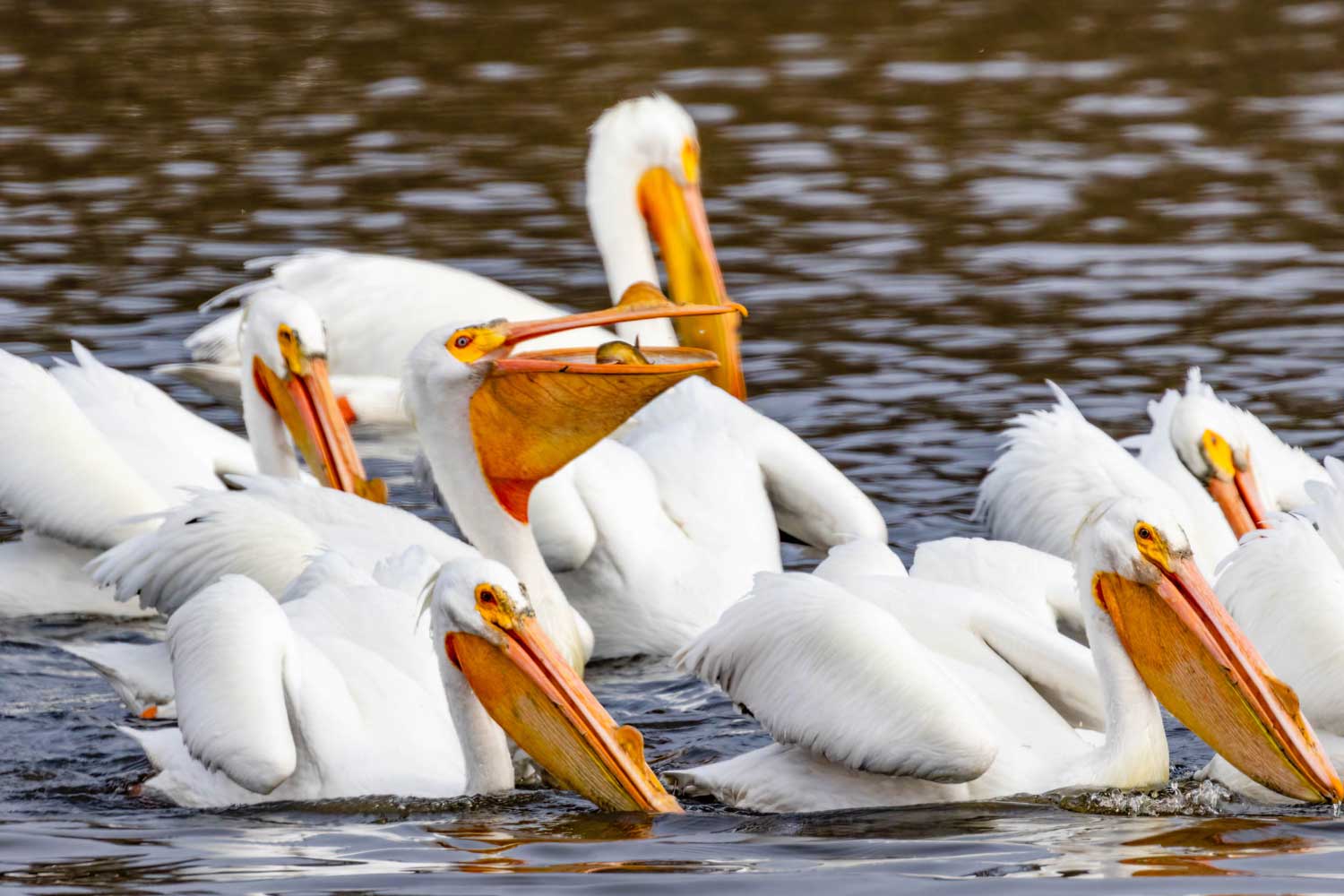 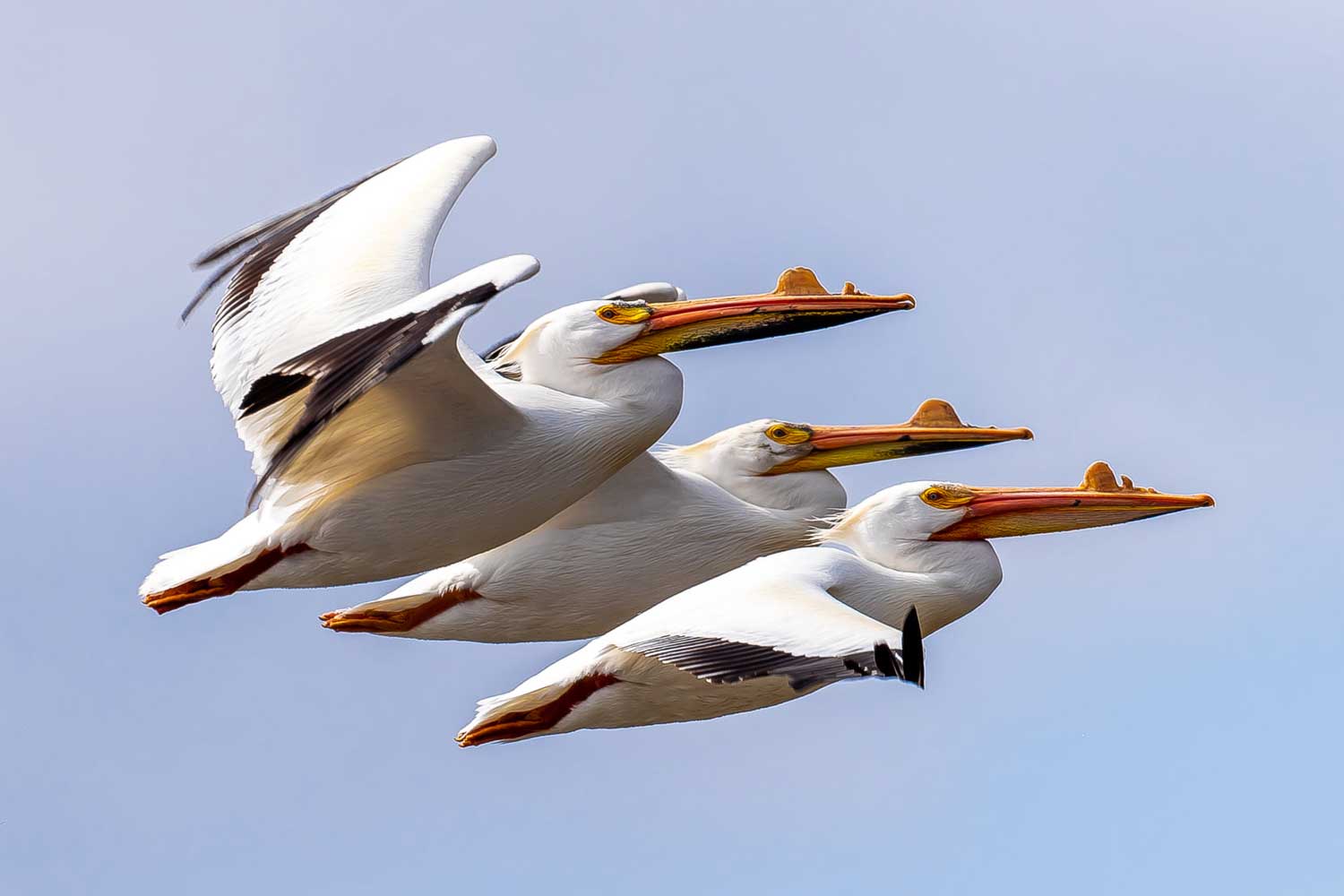 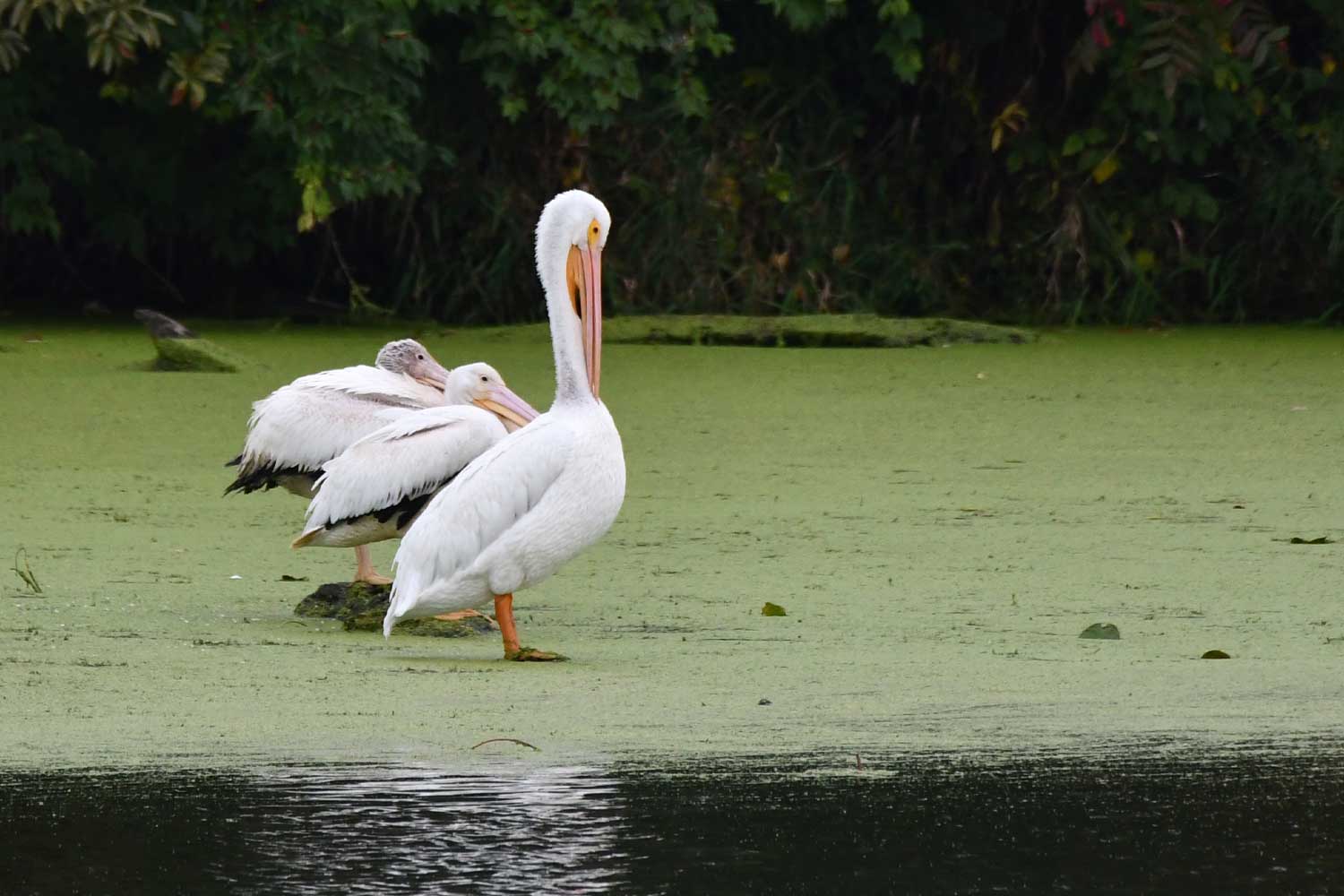 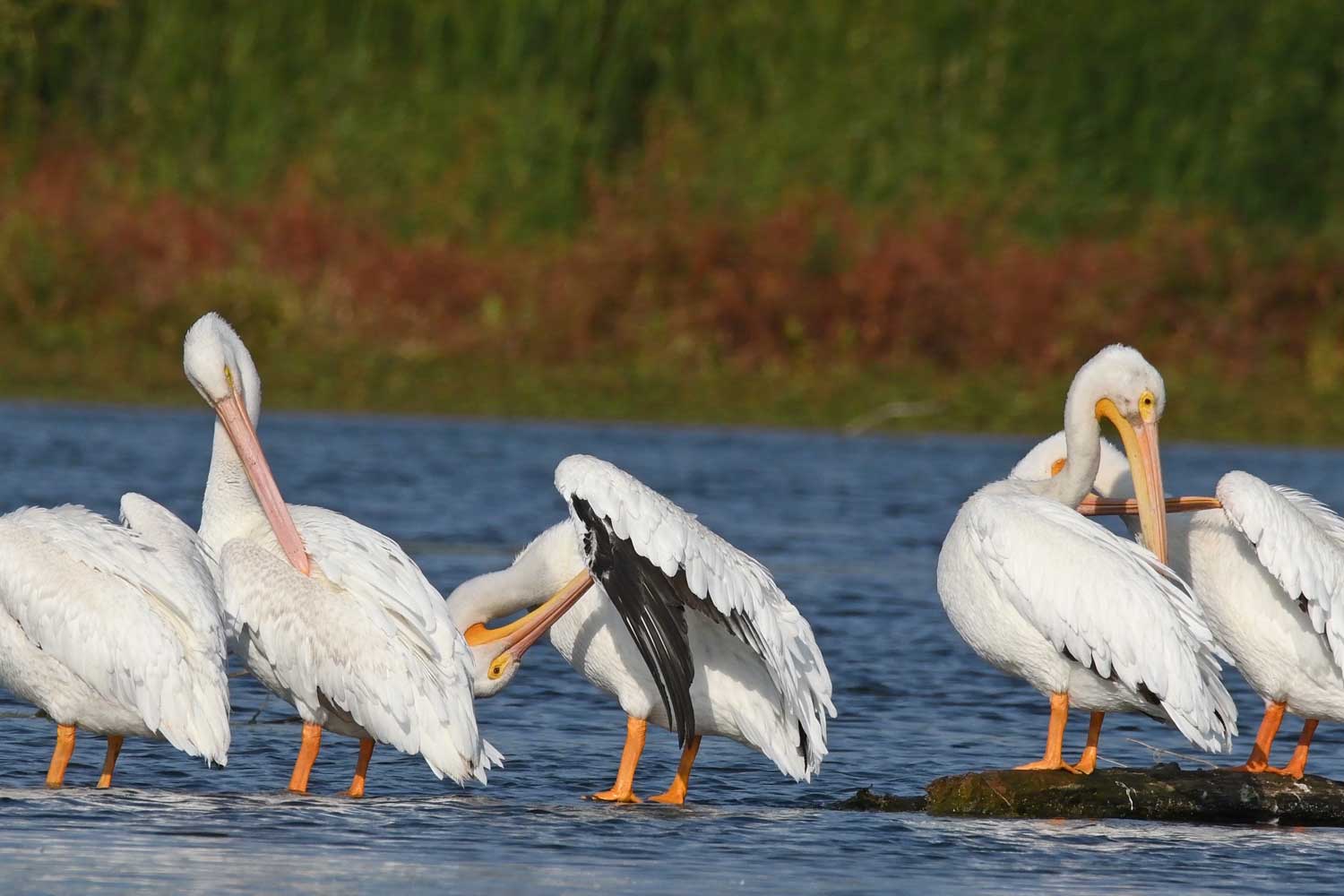 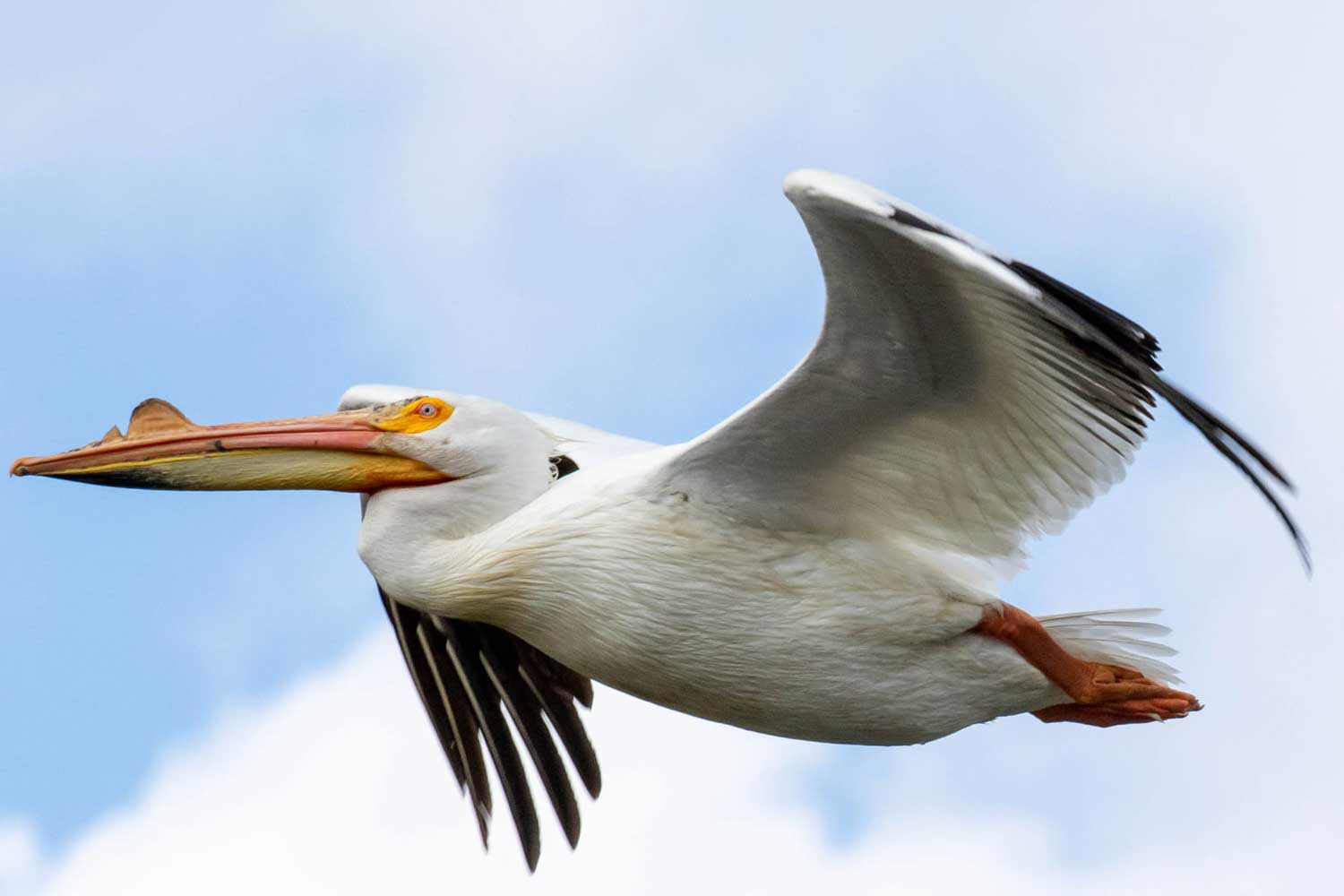 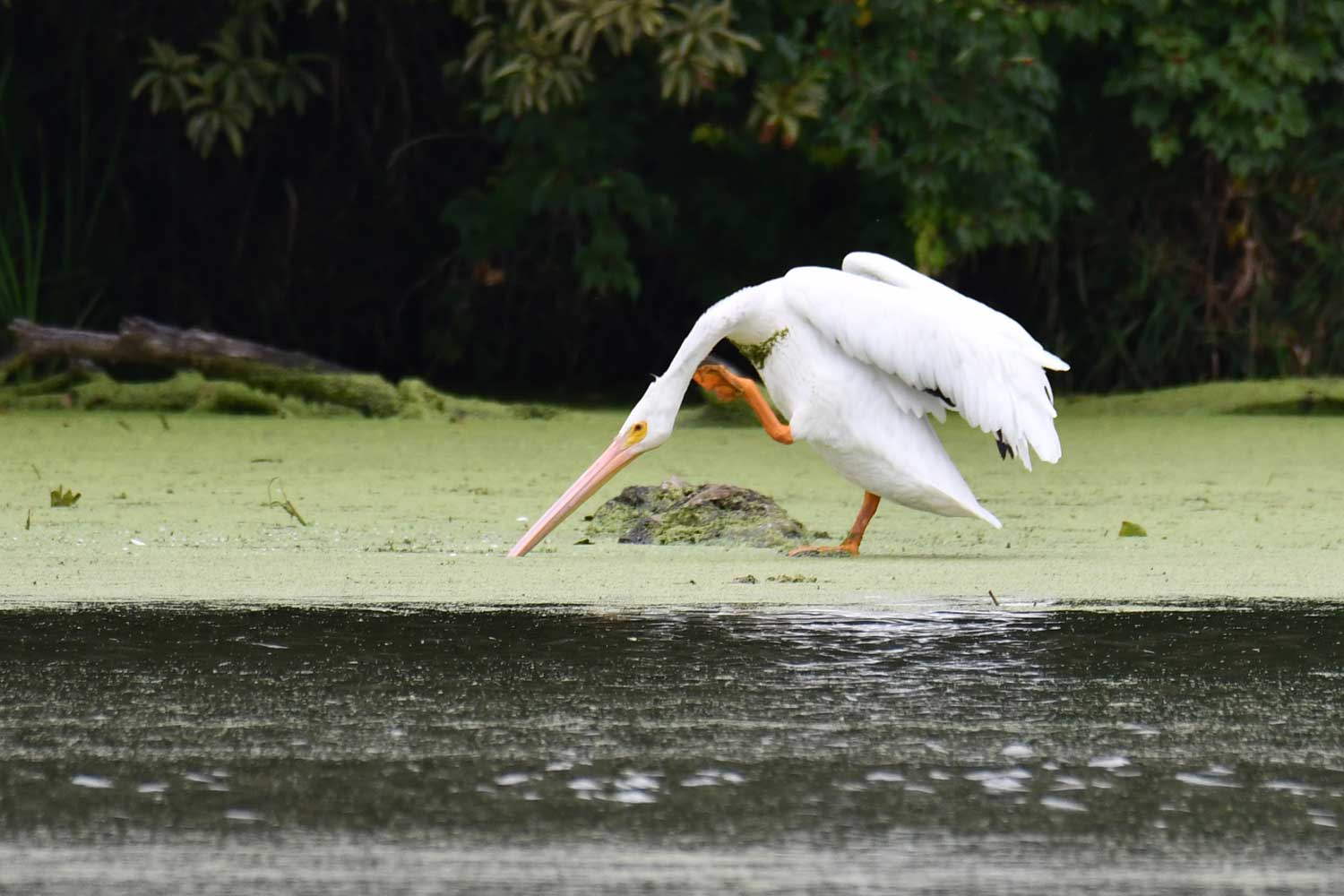 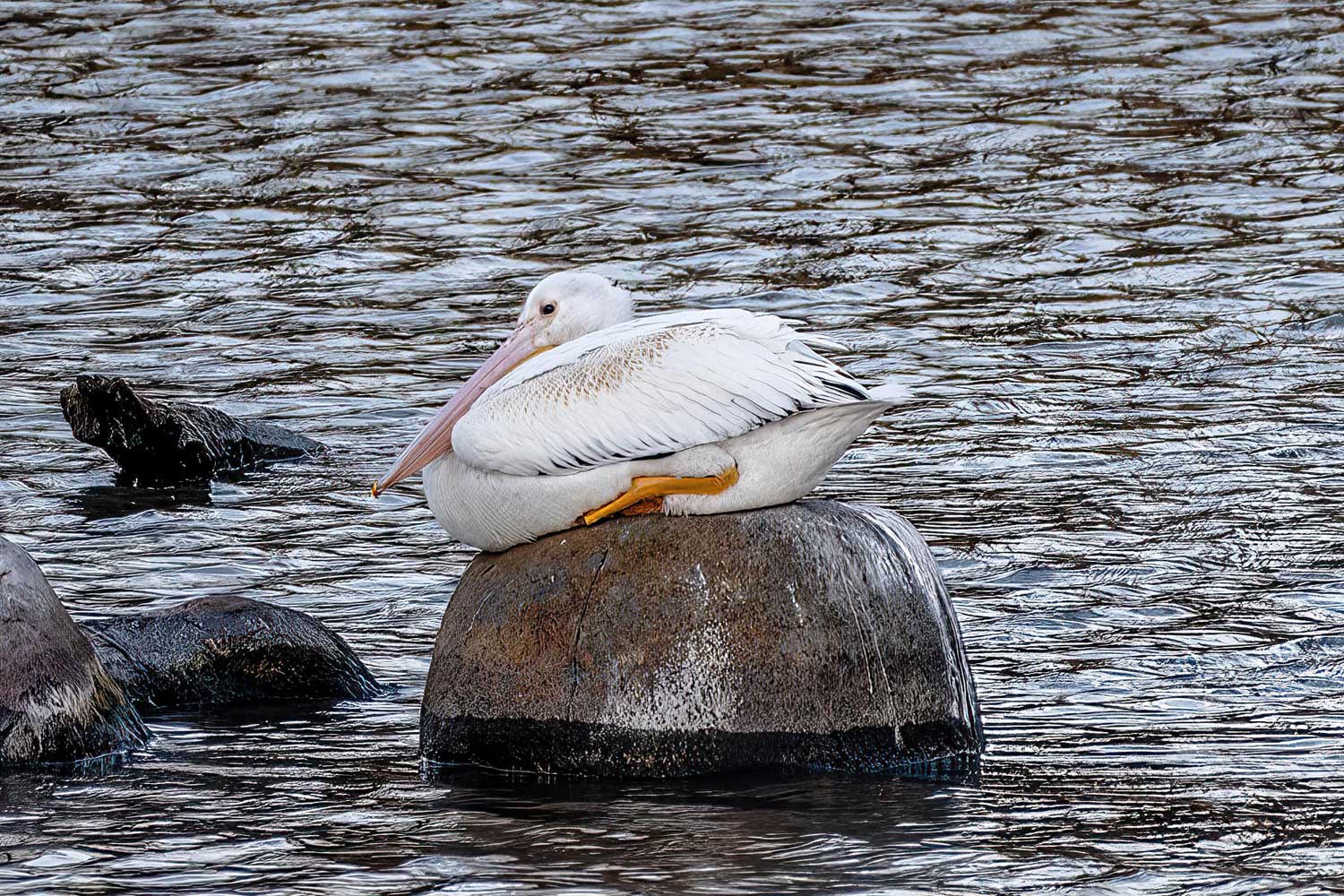