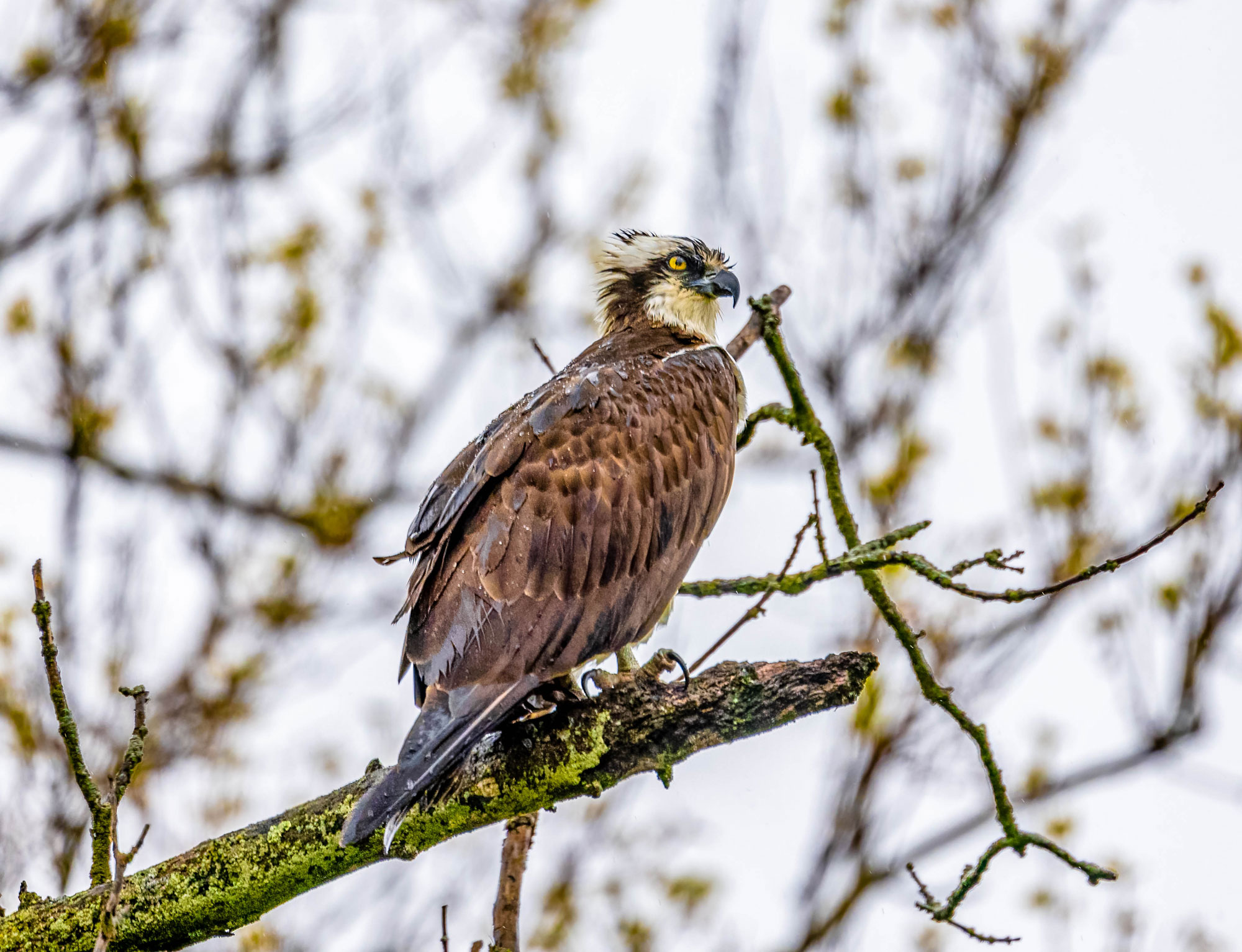 The osprey is a common sight near waterways all across the United States, seen soaring high in the sky in search of its next catch. These birds are raptors, birds of prey like hawks and eagles.

Although the osprey population today is healthy and steady, that has not always been the case. Their population plummeted from the 1950s to the 1970s, when the use of the pesticide DDT poisoned the birds and caused their eggs to be too thin to properly incubate, according to the Cornell Lab of Ornithology. Once DDT was banned in 1972, the population steadily rebounded, serving as one of America's best conservation success stories.

Here's more information on these birds.

Some debate exists around the origins of the name osprey. The term first appeared around 1460 as a derivation of the Medieval Latin phrase avis prede, which means "bird of prey." Some people have traced the bird's name back further to the Latin term ossifragus, which translates to "bone breaker."

In some areas, ospreys are also called fish hawks, fish eagles, river hawks and sea hawks. The NFL's Seattle Seahawks namesake is loosely based on the osprey and other birds of prey, although neither the logo nor mascot accurately depict an osprey, according to the Audubon Society.

Ospreys are larger than most hawks, but they are smaller than some eagles, owls and vultures. They are typically 21 inches to 23 inches tall, weighing 3 to 4 pounds. Their wingspans can reach up to 5 feet.

They have long legs, and their feet have hooked talons and a reversible outer toe to aid them in hunting, according to the National Wildlife Federation. Their plumage is brown on the back but white on the chest. Their wings have white feathers underneath with a brown spot at the wrist, which marks the joint in the middle of a birds' wings. These raptors have white heads with a dark brown or black stripe at the eye, which helps to distinguish them from bald eagles.

Ospreys live all over the world, on every continent except Antarctica. Throughout much of the United States and Canada, these birds are migratory, although they are year-round residents in Florida, according to the National Wildlife Federation. The ospreys that breed in the northern United States and Canada travel south to Central and South America during the winter months.

Ospreys are almost always seen near water, particularly shallow rivers, lakes, lagoons, swamps, marshes and reservoirs, according to the Cornell Lab of Ornithology. They typically build nests, called aeries, in elevated sites, including trees, telephone poles and high on cliffs.

Ospreys have excellent fishing skills and, as such, eat a diet almost entirely — as much as 99 percent — of fish. These raptors catch their prey by slowly flying over water looking for fish. When a fish is near the surface, they are able to plunge into the water feet first and catch the fish in their talons, according to the Audubon Society. They can also dive into the water, although only to depths of about 3 feet.

While these birds mostly eat small fish, they have also been seen eating small mammals such as squirrels as well as small birds and reptiles, likely when fish are scarce.