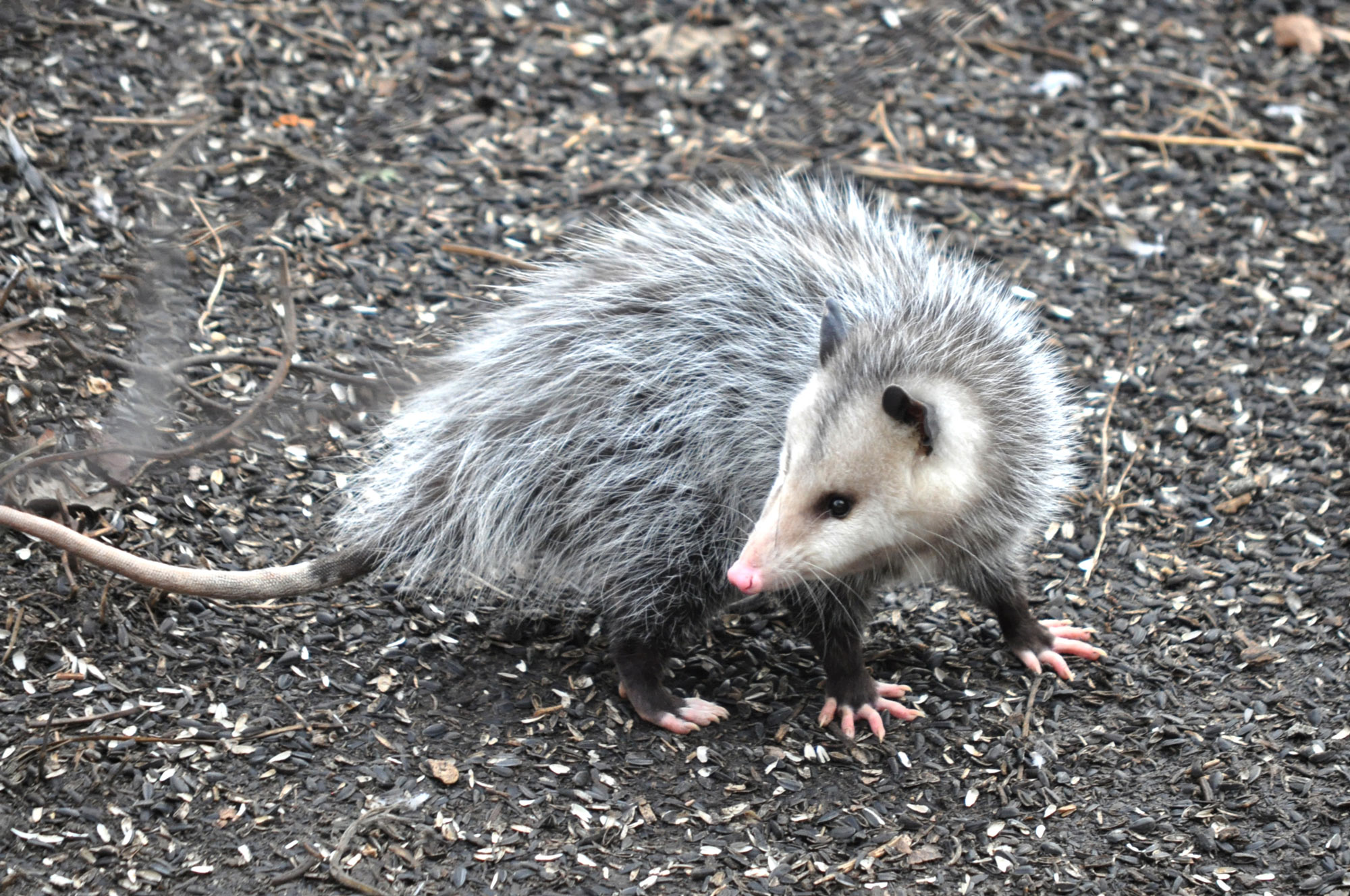 Opossums are famous for playing dead, so much so that almost everyone has heard the term "playing possum" in reference to this unique response to fear.

For opossums, playing dead is an involuntary response. When they are frightened, they are temporarily paralyzed, causing them to flop onto their sides, often with their tongues out and eyes in a fixed glaze, National Geographic reports. They can remain in this state for up to four hours, causing potential predators to pass them by in favor of a living catch.

These nocturnal creatures are mammals and the only marsupial that lives in the United States. Although considered a nuisance in some areas where their populations are high, opossums provide natural pest control. They kill and eat mice, rats and cockroaches, as well as snails, slugs and other garden pests, according to the National Wildlife Foundation. They are also resistant or partially resistant to snake venom, so they can help keep these animals at bay.

Most significantly, opossums eat ticks by the thousands — up to 4,000 per week, the National Wildlife Foundation reports. Ticks attach themselves to opossums as they walk through the grass, and the opossums then eat them as part of their grooming, helping stop the spread of Lyme disease and other tick-borne illnesses in the process.

Here are some other fun facts about these helpful critters.

The word opossum is derived from an Algonquian Indian word, apasum, which roughly translates to "white animal," according to the Opossum Society of the United States. While many species of opossum exist in the world, only the Virginia opossum is native to the United States.

Throughout the United States, the terms opossum and possum are used interchangeably, with possum more common in the South, and indeed they are the same animal. However, in Australia, a possum is an entirely separate animal from the opossum.

Opossums have developed a reputation as being so ugly they're cute. They have furry dark gray bodies, but their faces are white, with a pointed muzzle ending with a pink nose. They have beady black eyes and black ears, and their long tails are scaly instead of fur covered.

They are about the size of a domesticated cat, usually ranging from 24 inches to 33 inches long and weighing between 6 pounds and 15 pounds, according to the Illinois Department of Natural Resources. The males are usually larger than the females.

Opossums are excellent climbers, aided by their long tails and sharp claws that can dig into the bark, according to National Geographic. Their tails are prehensile, able to grasp items and wrap around limbs and branches. They can even hang from their tails for short periods.

They are the only mammal other than humans and primates that have opposable thumbs. Their thumbs, called helix, are on their back feet, further aiding their climbing ability, Mother Nature Network reports. Another unique feature about opossums is their teeth. They have 50 — the most of any mammal that lives on land.

Opossums live throughout the eastern United States and in Mexico and Central America, with their range extending north into Canada. In Illinois, they can be found in every county, although their population is greater in the southern part of the state, IDNR reports.

They are adaptable to many habitats, including urban and suburban areas. Their preferred habitat is wooded areas near streams and other permanent water sources. They often seek shelter in other animals' dens and nests, and in tree hollows, under fallen trees and under buildings, sheds, decks or other structures.

Nobody would ever call an opossum a picky eater. These omnivores are opportunistic eaters, meaning they eat whatever is available. Animal-based foods that opossums eat includes insects, birds, bird eggs, small mammals, frogs, snails and worms, according to IDNR. They also eat roadkill and other carrion, or dead animals. Among plants, they eat fruits and nuts. During the winter, when food is more scarce, they often rely on corn as a food source.

In more urban and suburban areas, opossums can be scavengers, eating trash left outside and filling up on bird food. Even pet food stored outdoors can become an easy food source. And because these critters need a lot of calcium, they also often eat the skeletons of animals, according to Mother Nature Network. 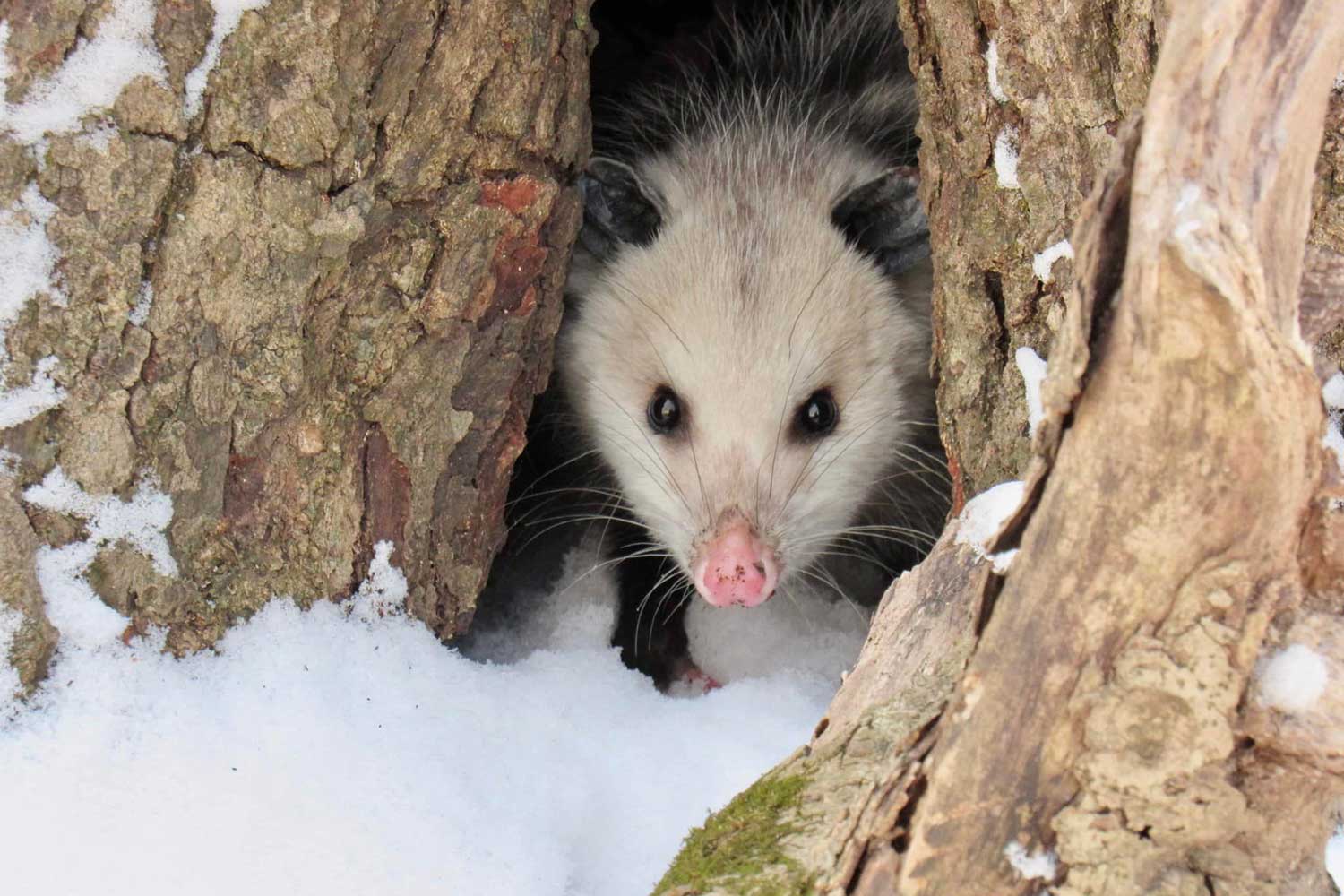 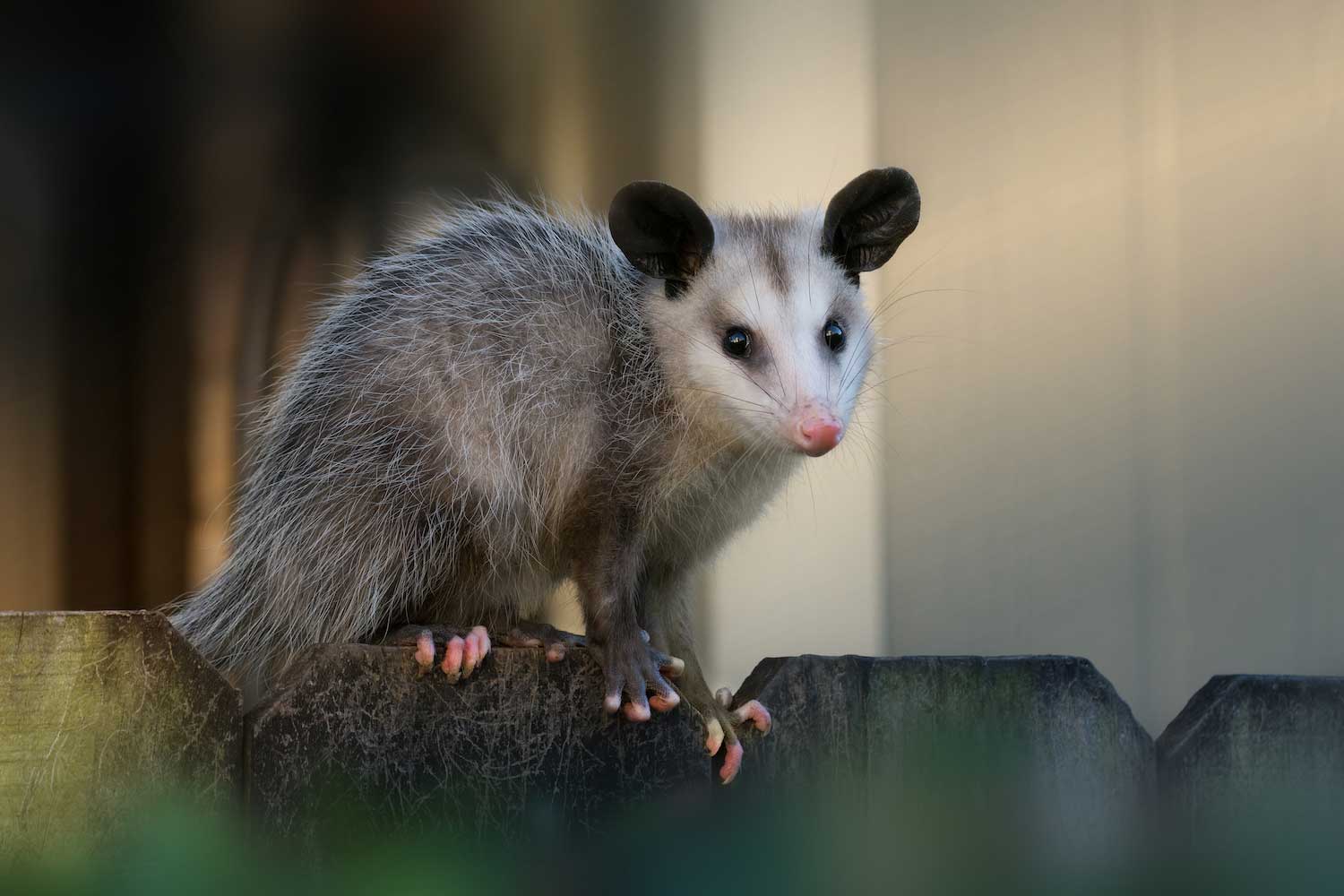 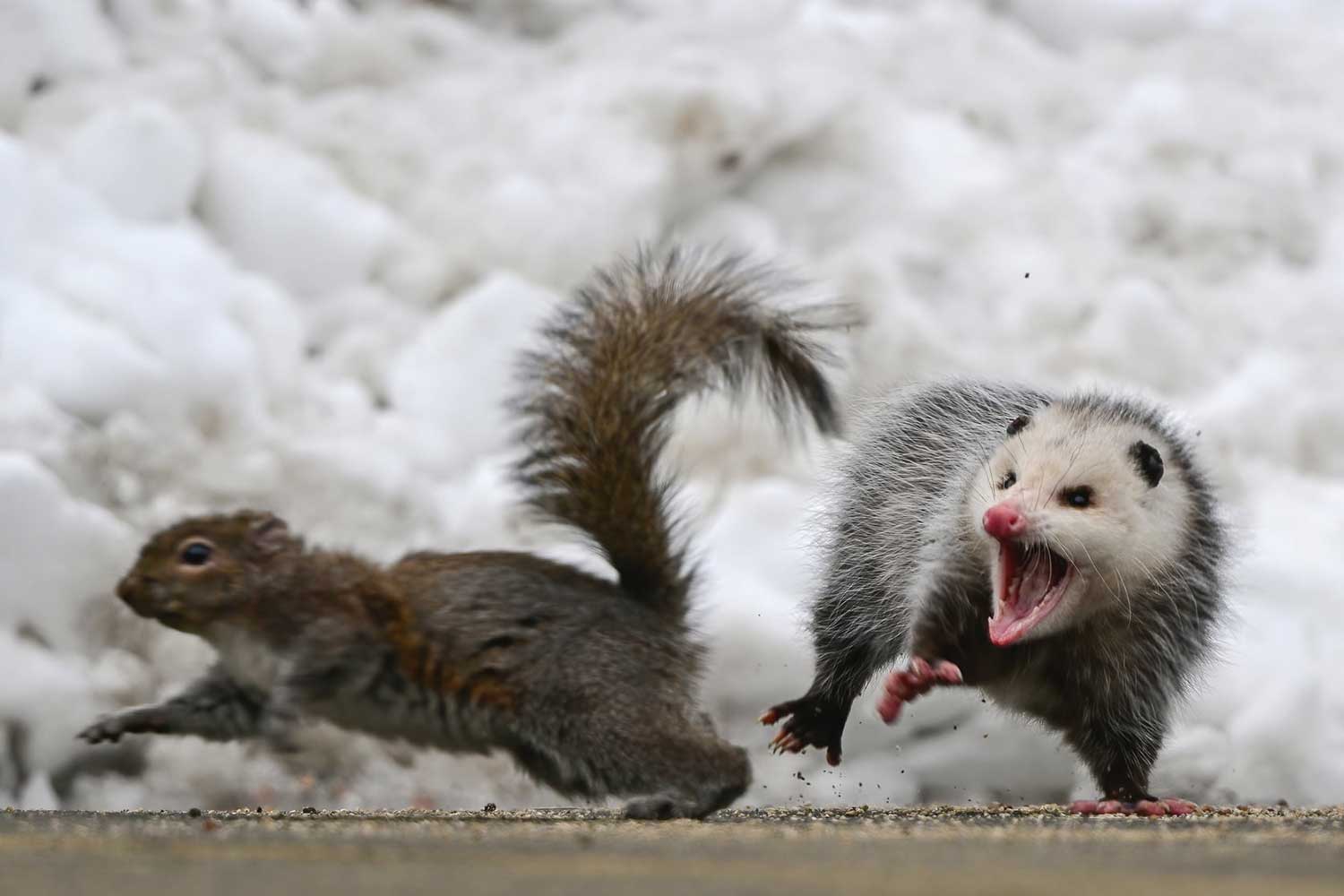 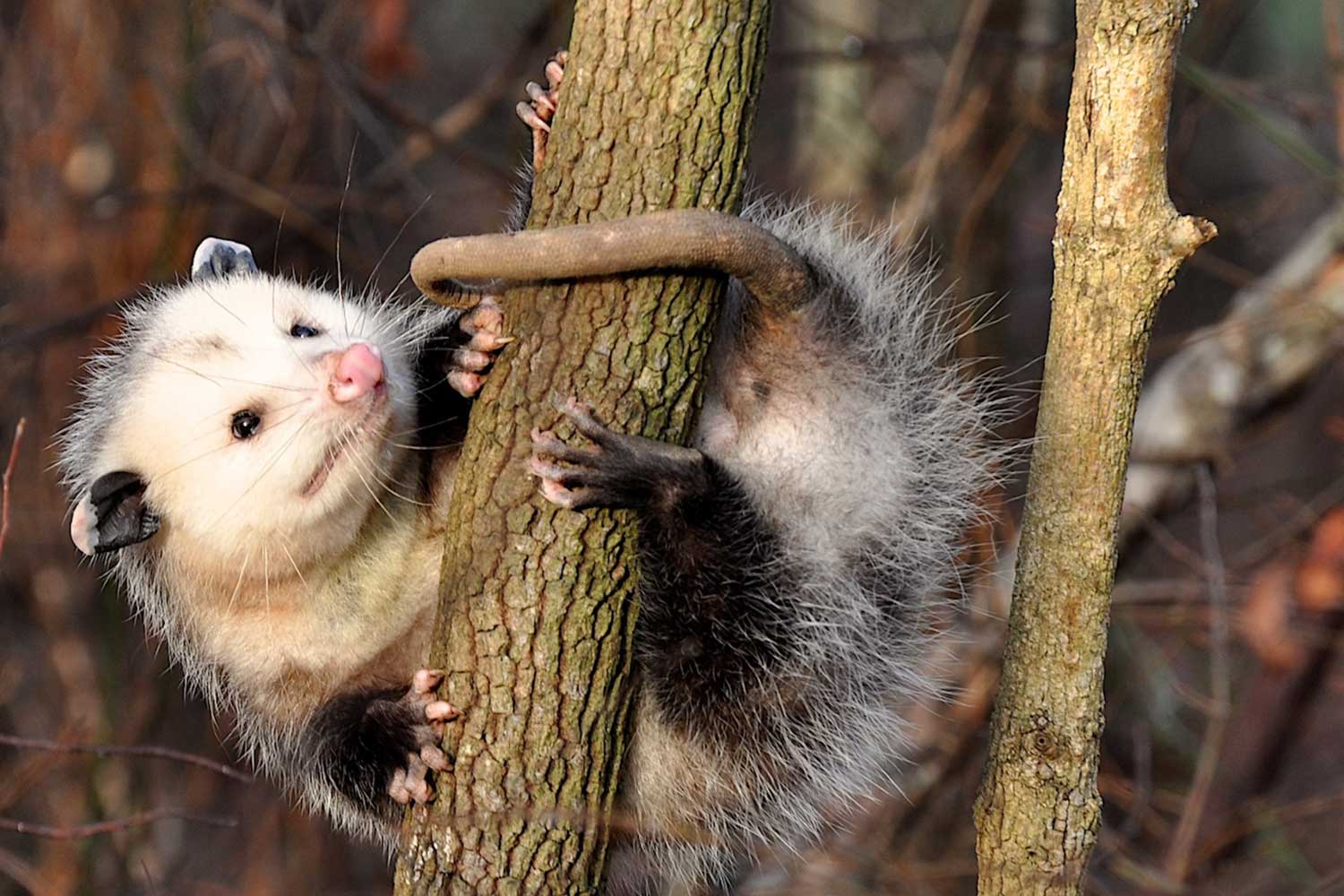 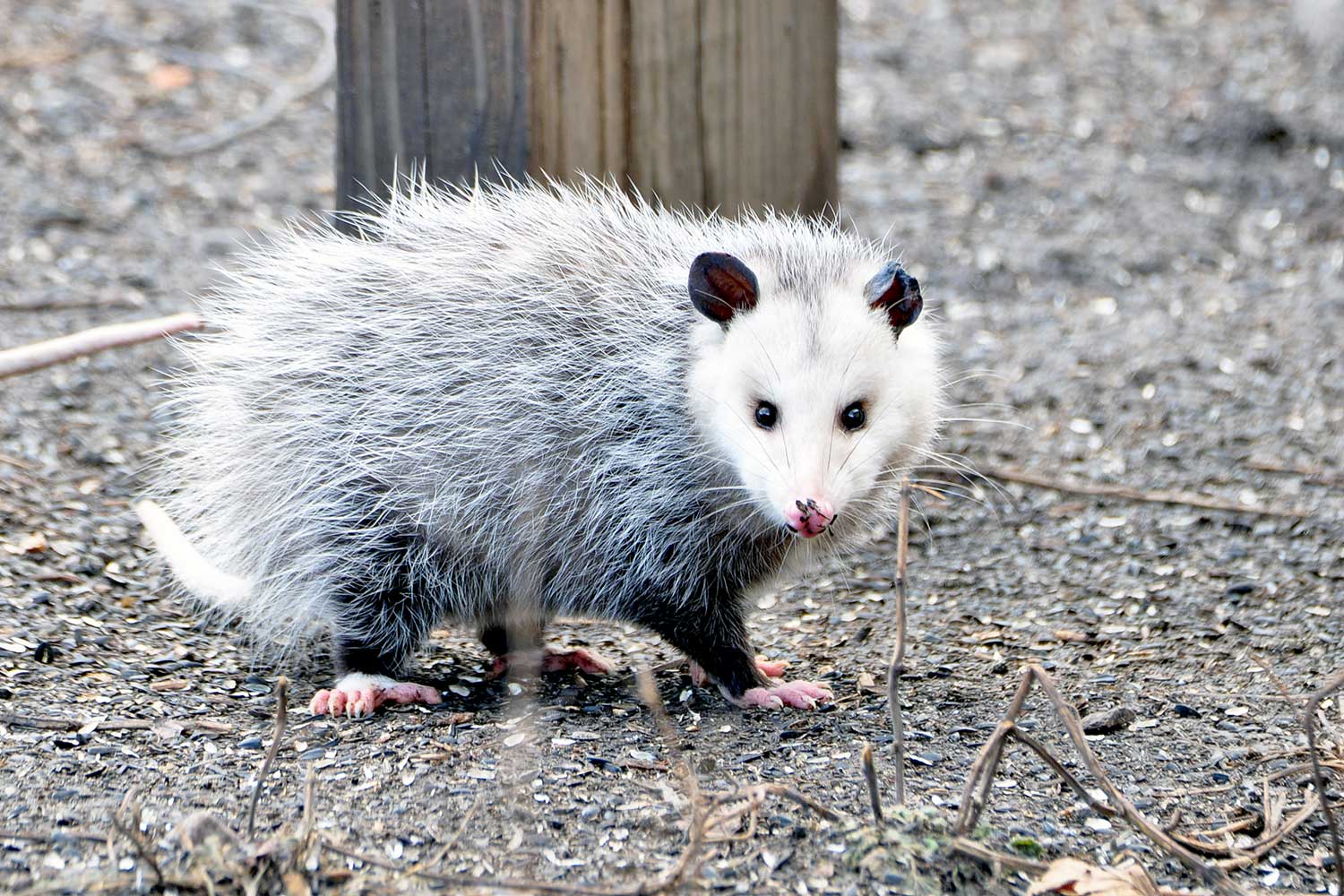 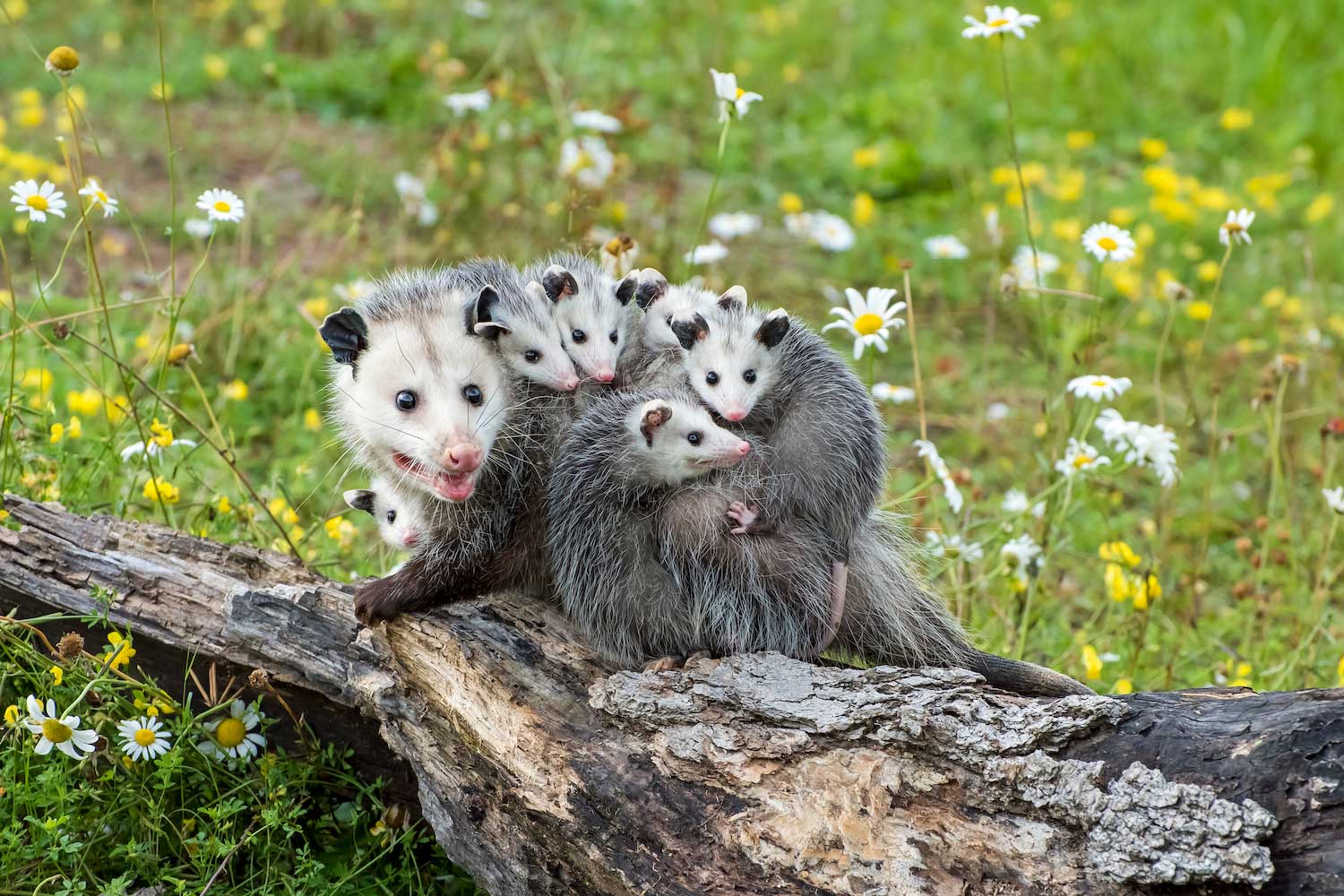