You may bleed red, but not all animals do 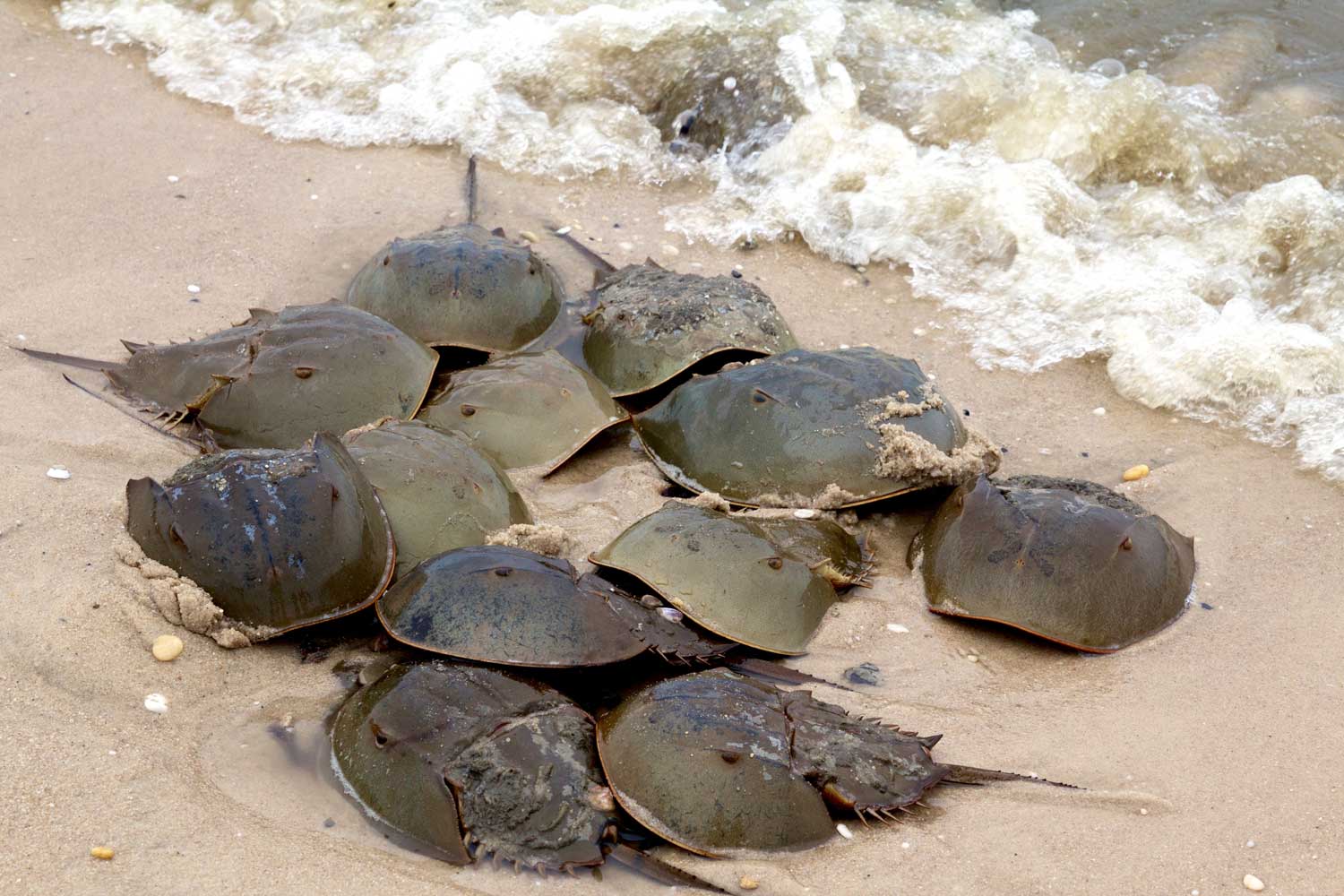 Our blood runs red, which makes humans about the same as all the other vertebrates in the animal kingdom. But as it turns out, not all animals have red blood.

To understand why red blood is not universal in the animal kingdom, it helps to understand why our blood — and the blood of virtually all vertebrates, including mammals, reptiles, amphibians, birds and fish — is red. We have red blood because our blood includes iron-containing hemoglobin protein molecules, which are red. The iron is what gives hemoglobin its red color, according to the National Institute of General Medical Sciences. Hemoglobin is a key component of our blood because it is what is responsible for transporting oxygen throughout the body.

Animals that don't rely on hemoglobin for oxygen transport don't have red blood because they don't have hemoglobin in their blood. Take squid, octopuses and some kinds of crustaceans, such as horseshoe crabs. These creatures have blue blood because they rely on the protein hemocyanin, which contains copper, to transport oxygen throughout their bodies, National Geographic reports. The hemocyanin in their blood is actually colorless, but because it contains copper, it turns blue when it binds with oxygen. Yet another protein called hemerhythrin gives the blood of mollusks, such as sea squirts, a purplish-pink color.

And while virtually all vertebrates have red blood, as is often the case in science, there are exceptions — or at least one known exception. The blackfin icefish, an Antarctic species also known as the Scotia Sea icefish, has been discovered to have white blood, making it the only known vertebrate on Earth without red blood, according to Quanta magazine. These fish, which live in the frigid waters around Antarctica, don't have red blood because they do not rely on red blood cells or hemoglobin to transport oxygen throughout their bodies. Instead, oxygen diffuses into their blood plasma from the surrounding waters through their gills and skin, the magazine reports.

Not even blood itself is universal in the animal kingdom, at least not blood like we have. Vertebrates all have a closed circulatory system that uses arteries and veins to transport blood throughout the body, but insects lack such as circulatory system. Instead, they have an open system that allows fluid to flow throughout their bodies without arteries and veins, according to Scientific American.

Instead of blood, insects have a fluid called hemolymph that transports nutrients and waste and keeps their tissues lubricated. Just like in vertebrates, an insect's heart pumps the fluid throughout their bodies, but their hearts are structurally much different than a vertebrate's heart, Scientific American reports.

Hemolymph is mostly made of water, and it also contains hormones, lipids, carbohydrates, glycerol, amino acids, ions and pigments. The pigments give the fluid a color, but the color is often mostly clear or tinged with yellow or green. Grasshoppers, for example, have green hemolymph.

Back to us red-blooded humans. Have you heard the old legend that our blood is really blue and only turns red when we get a cut or scrape and it's exposed to oxygen outside of our bodies? Not so. The blood flowing through our veins is red, although the shade of red can vary, according to the Cleveland Clinic.

Blood becomes red when the iron in the hemoglobin molecules reacts to oxygen. As blood circulates through our arteries, the oxygen is delivered throughout our bodies. The blood that leaves our heart and lungs is a bright red color because it's full of oxygen, the Cleveland Clinic reports. As the blood travels and oxygen is depleted, blood turns a darker shade of red.

So if our blood is red, why do our veins look blue? It's an optical illusion, according to the Cleveland Clinic. You can see your veins under layers of skin and fat, and the skin scatters the red wavelength of light, allowing the blue light to be reflected back to our eyes.