Hey folks, nature is not a petting zoo. Leave the animals alone 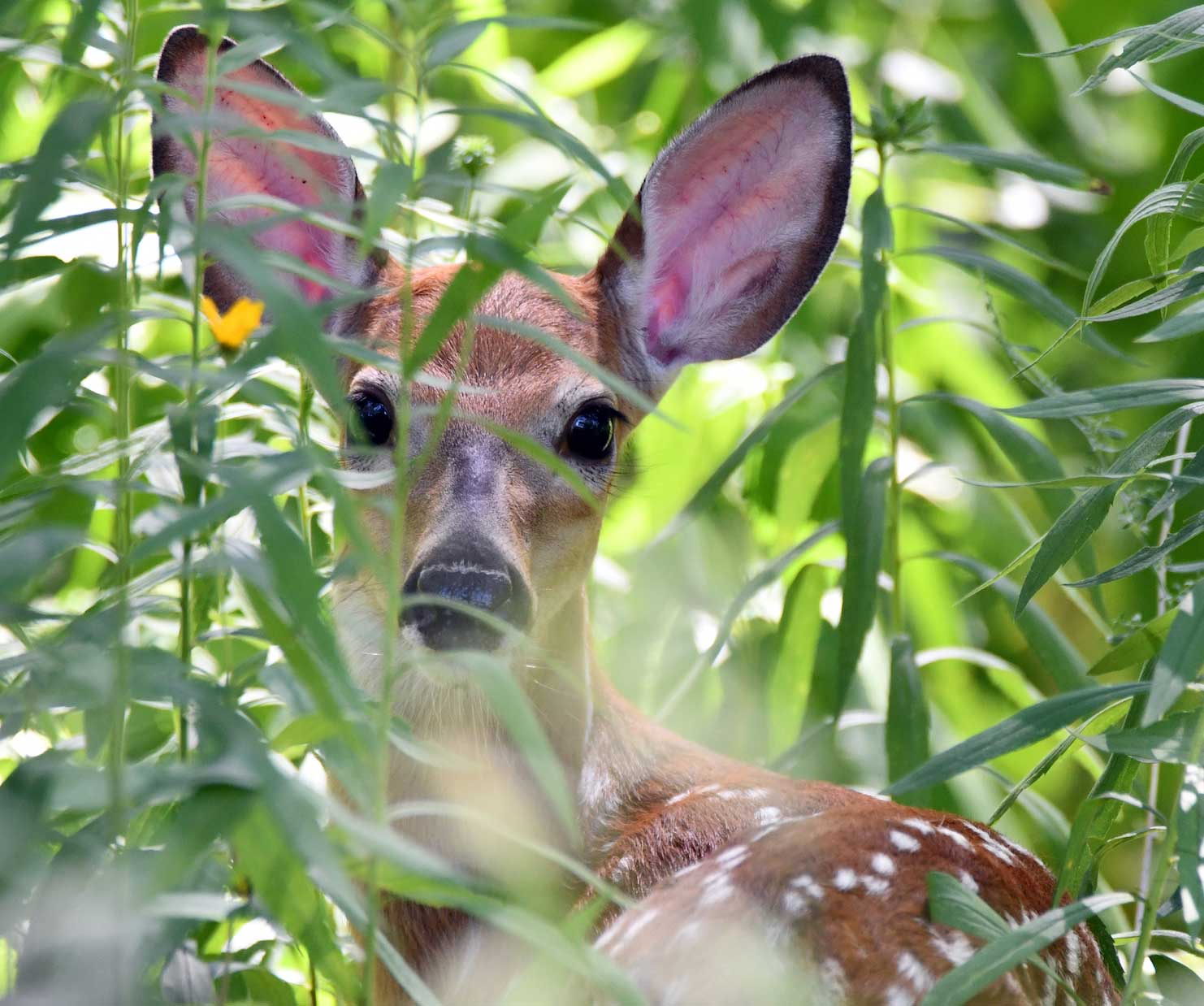 We at the Forest Preserve District love wildlife as much as the next person — probably more so — but we feel compelled to remind the public that the preserves are not petting zoos and the animals aren't to be touched or handled by people.

We've seen an alarming number of photos, via our Will County Wildlife Facebook group and elsewhere, of people touching, holding and otherwise handling fawns, snakes, toads, turtles, you name it. It might seem innocent enough, stopping to pet a fawn resting in the tall grass or picking up a toad or turtle at the water's edge, but the act is not without potential consequences.

To start with, handling wildlife can be dangerous for both you and the wildlife, the U.S. Fish and Wildlife Service advises. The general public is not trained in the safe handling of wildlife, and some animals carry diseases, such as rabies and salmonella, that can be transmitted to humans. Animals, even young ones, can also scratch and bite, and some have parasites, fleas and ticks that can be transferred to humans, said Bob Bryerton, an interpretive naturalist with the Forest Preserve District of Will County.

If you need more convincing to keep your hands off the animals, consider that it is illegal in many places, including the Forest Preserve District of Will County, which prohibits it in its General Use Ordinance. The Migratory Bird Treaty Act also exists to protect hundreds of migratory bird species by prohibiting capturing, hunting, pursuing, killing, taking, possessing, bartering, importing, exporting or selling the birds.

And one last reason to keep your distance from wild animals: It can be very stressful for them to have close encounters with humans, because whatever your intentions may be, they perceive us a threat to them.

"Petting a baby fawn, even though it does not leave, is not enjoyable for the fawn, but instead extremely stressful for it and can cause severe anxiety in the animal," Bryerton said. "Baby birds on the ground at this time of year are usually learning to fly, and their parents are around to watch and feed them. This is possibly the most dangerous part of their life, because they cannot really fly well yet and are an easy target for predators. If you try and pick them up, you are stressing them and their parents out, because they think you are a predator."

Your interference may even make them more vulnerable to predators. For example, fawns have no scent, and their mothers take great care to remove all waste and droppings from where they are to leave them scent-free, Bryerton said. If you pet the fawn, you are leaving your scent on it, which makes it easier for a predator to find.

If you see people openly interfering with wildlife in the preserves, you can contact our police nonemergency number at 815-727-6191 to have a Forest Preserve police officer dispatched to the area.

It may help the good Samaritans among us to know that the vast majority of young animals we encounter in the wild are just fine. They aren't hurt, they aren't orphaned and they don't need human intervention.

Fawns and baby rabbits are often left alone for hours at a time, and many birds leave the nest before they can fly. In addition, many reptiles and amphibians provide no parental care to their offspring. They are simply born knowing how to fend for themselves.

When people stumble on these young and small animals in the wild, they often think they are orphaned. Most are not. For some, like the fawns and rabbits, their mothers will be back soon to feed and care for them. The young birds are under the watchful eye of their parents, even if they seem not to be. And for many reptiles and amphibians, they've been on their own since birth or hatching.

Seeing wildlife is one of the reasons people come to preserve and spend time outdoors in general, but it's important to keep your distance. So how close is too close? The animals' own behavior can serve as a clue, Bryerton said.

Of course, like with most rules, there are a few exceptions. If you see a turtle crossing the road, please do help protect it so it can safely make it across. If the safest course is to move it, move it in the direction it is traveling. And make sure to pick it up with one hand on each side of its shell, just behind its front legs. If it's a snapping turtle or softshell turtle, it's best to leave it be because they can be aggressive.

Injured and orphaned animals found in your yard may require human intervention as well, but this is best left to the professionals. Check out our do's and don'ts of dealing with injured or orphaned wildlife for guidance if you find an animal needing help in your yard or neighborhood.

Some signs that an animal may need help include animals that are bleeding, limping or holding a limb of the ground or birds with broken wings, Bryerton said. If an adult animal is dead and there are babies nearby, they may also need intervention to survive.

Remember, though, that the animals in the preserves are wild, and not all wild animals survive the challenges they face in life.

"Life is tough for them, but mostly they are equipped to survive it, and they have many strategies to help them do so," Bryerton said.