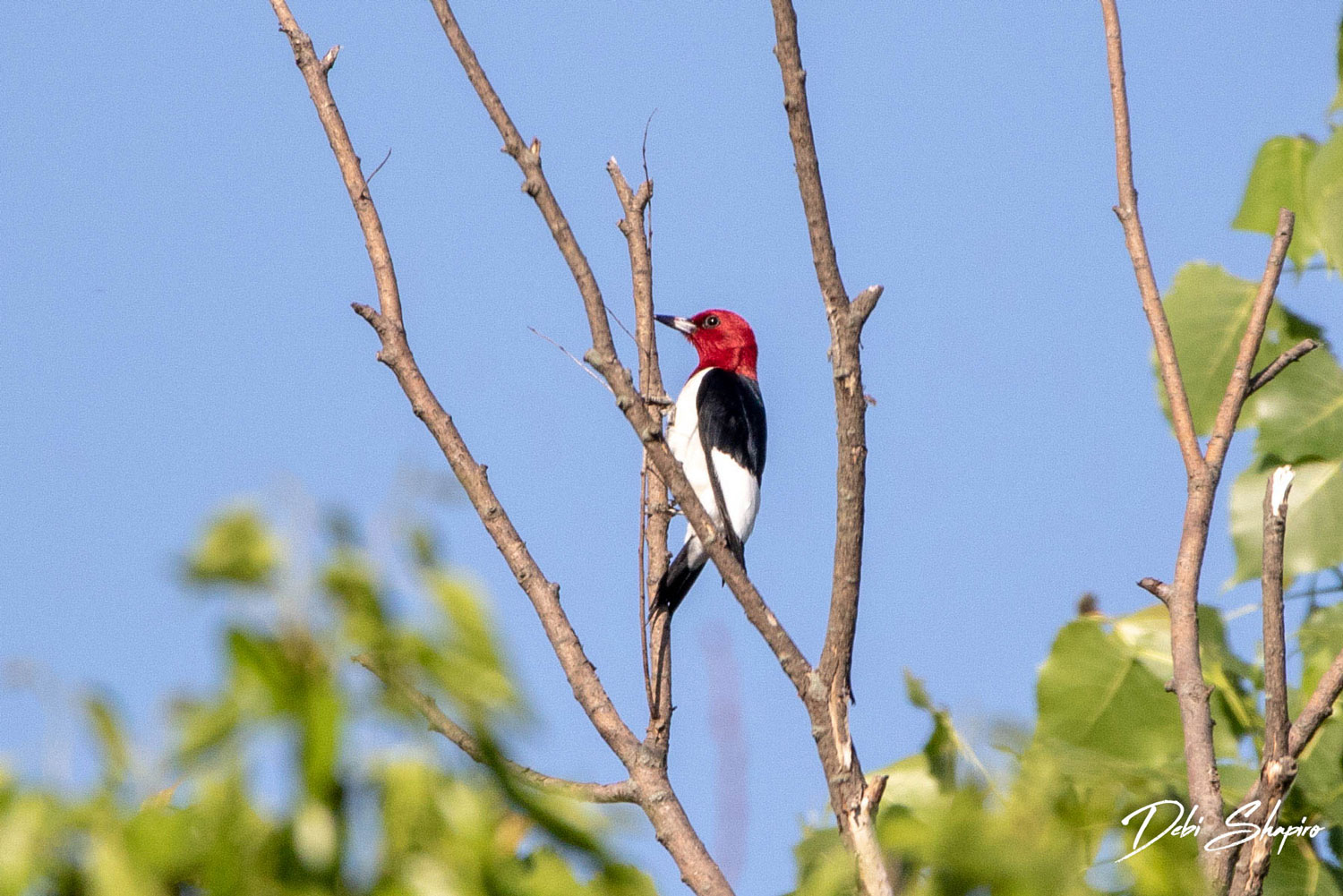 The sight or sound of a woodpecker pecking away can be awe-inducing or anger-inducing, depending on whether it's pecking on your house. For these birds, though, it's a way of life.

Woodpeckers hammer on structures for several reasons. Repetitive pecking called drumming can be used to mark their territory or find a mate, according to the Cornell University Lab of Ornithology. They also peck as a way to build a cavity in a tree or wooden structure for a nest or roosting spot. And sometimes they're pecking at wood to get at insects, seeds and other foods, or to make a place to store their food.

So how are they able to do it without suffering brain damage, or at the very least a bad headache? Because woodpeckers are built to withstand the physical stress of all that repetitive pecking.

To start with, woodpeckers have very small brains, which weigh just 0.07 ounces, according to National Geographic. Bigger brains have more mass, which increases the risk of brain damage, so their smaller brains are protected.

The design of their skulls is also beneficial for several reasons. The frontal bones of their skulls work in conjunction with a pair of muscles at the base of their bills to act as a shock absorber, according to the National Audubon Society.

In addition, the outside of their skulls is made up of dense bone, while the inside is more porous, National Geographic reports. When the woodpeckers are pecking, the force is distributed all around the skull, which helps keep the additional pressure off the brain.

Their brains are a tight fit inside their skulls, which means they don't move around as much. They also sit at an angle, which creates more surface area to absorb the force of the repetitive blows.

One final part of their bone structure that is useful in protecting their brains is the hyoid bone. This bone wraps around their skulls, kind of like a seat belt that protects their brains, according to the Arizona State University School of Life Sciences.

The design of their bills also helps, because the upper bill is longer than the lower bill, and the lower bill is made of stronger bone that is better at absorbing impact.

Even knowing about all the adaptations that allow woodpeckers to hammer away, the sheer nature of their behavior is impressive. The force of each peck can be more than 20 times greater than what can cause a concussion in a human, Forbes reports. And they peck an average of 12,000 times a day, moving their heads at speeds of 13 mph to 15 mph.

Their ability to withstand what would be crushing blows in humans hasn't gone unnoticed by athletic gear companies, several of which have created helmets and neck collars designed with woodpeckers in mind, according to the American Association for the Advancement of Science.