Nature curiosity: What happens to the animals during a prescribed burn? 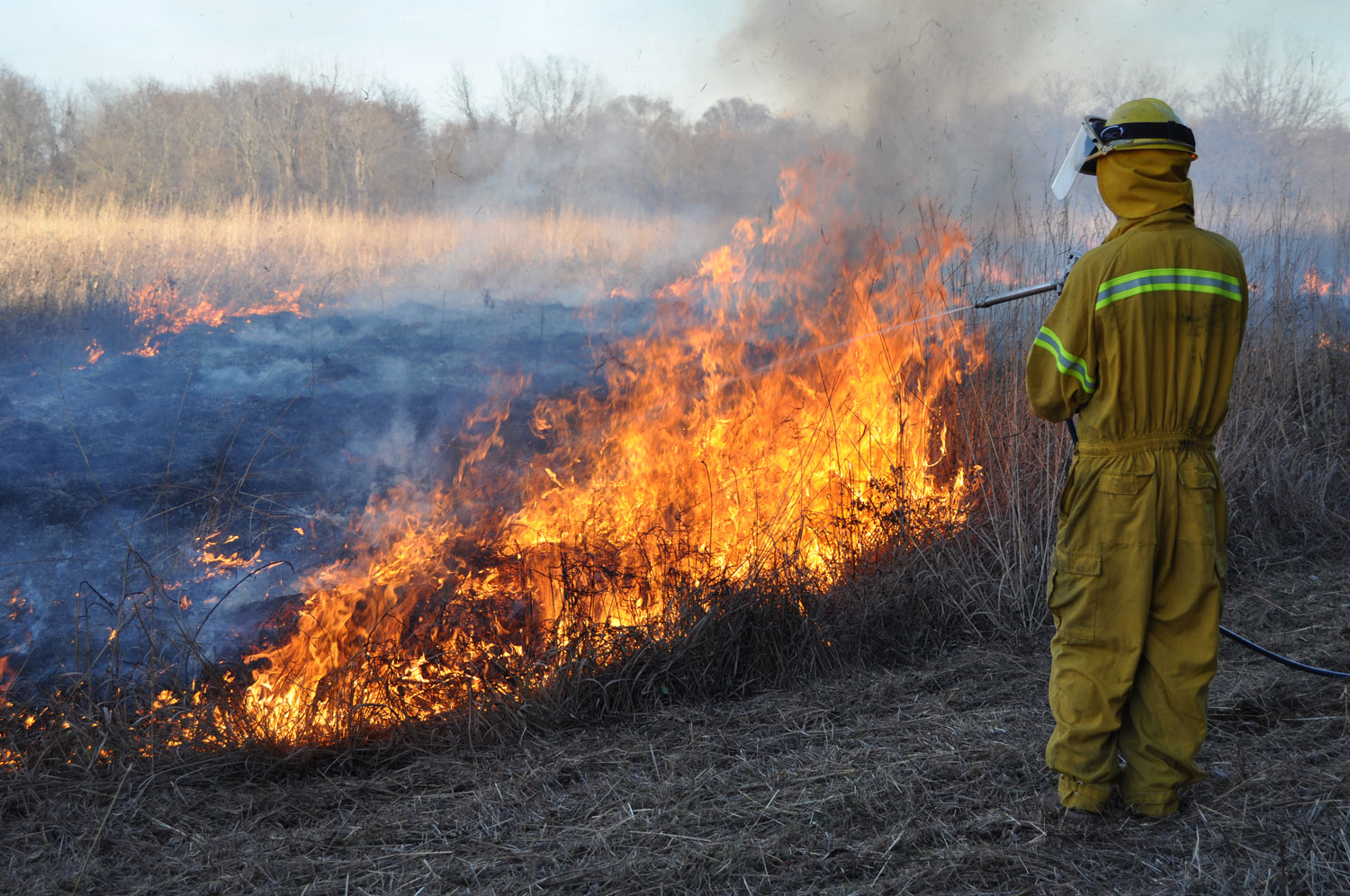 At this time of year, the sight of smoke in the distance is quite common, often the result of prescribed burns being conducted throughout the area to strengthen natural habitats for wildlife. Seeing these fires up close can beg the question: What about the animals? How are they faring in these fires?

While fire may seem dangerous and destructive to wildlife, many species — both plants and animals — need fire to maintain healthy habitats, according to the U.S. Fish and Wildlife Service. Prescribed burning restores and strengthens natural plant communities in a number of ways. It reduces the competition between weedy species and native species and encourages better establishment of the native vegetation which slowly displaces the weeds. The process also returns nutrients to the soil, making them readily available for the next generation of vegetation growth. Many of our area's native plant species — prairie grasses and wildflowers — have deep root systems underground that are not affected by fire. In addition, many of our native trees have adaptations such as thick bark to protect them from damage from fire.

The animals may seem most vulnerable to the flames in a prescribed burn, but the burns are planned in a way to minimize danger. Burn sites are often divided into smaller plots with some land left unburned, providing a place for wildlife to go. In addition, prescribed burns are typically planned so they do not coincide with mating and nesting seasons. Within the Forest Preserve District, burns are scheduled between mid-October and mid-April, when more animals are dormant and not at risk of injury from fire.

Very few injuries or mortalities occur during burns, with most animals able to escape the danger. Deer, coyotes and many other mammals can run from the flames, while birds can simply fly away. Other animals, such as mice, snakes and lizards, can burrow underground to escape fire, the North Carolina State University Extension reports. In addition, many insects are underground during a prescribed burn, although some, particularly those typically found on plant matter, may be consumed as part of a prescribed burn.

Some people believe this loss of insect life, particularly disease-carrying bugs like mosquitoes and ticks, is a benefit of prescribed burning, but the reality is nearly all plants and animals are vital parts of a healthy ecosystem. Nuisance insects are an important food source for other animals, for example. The "good news," at least for the ecosystem at large, is that studies have shown the decrease in tick populations after a controlled burn may be short-lived, with populations rebounding soon after a fire, according to the Quality Deer Management Association.

While most animals are not burned or injured during a controlled burn, the people conducting the burn do routinely walk the burned area looking for injured animals. And through the years, burn strategies have evolved to better protect wildlife from injury or death.

Overall, prescribed burns are designed to protect the animals living within the terrain. And animal populations as a whole remain steady during and after prescribed fire events and even wildfires, the Fish and Wildlife Service reports. This big-picture perspective is important, because the fire is designed to improve their habitat. In fact, allowing areas to go unburned can be more detrimental to the health of animal and plant populations.