Nature curiosity: Why is ice so slippery? 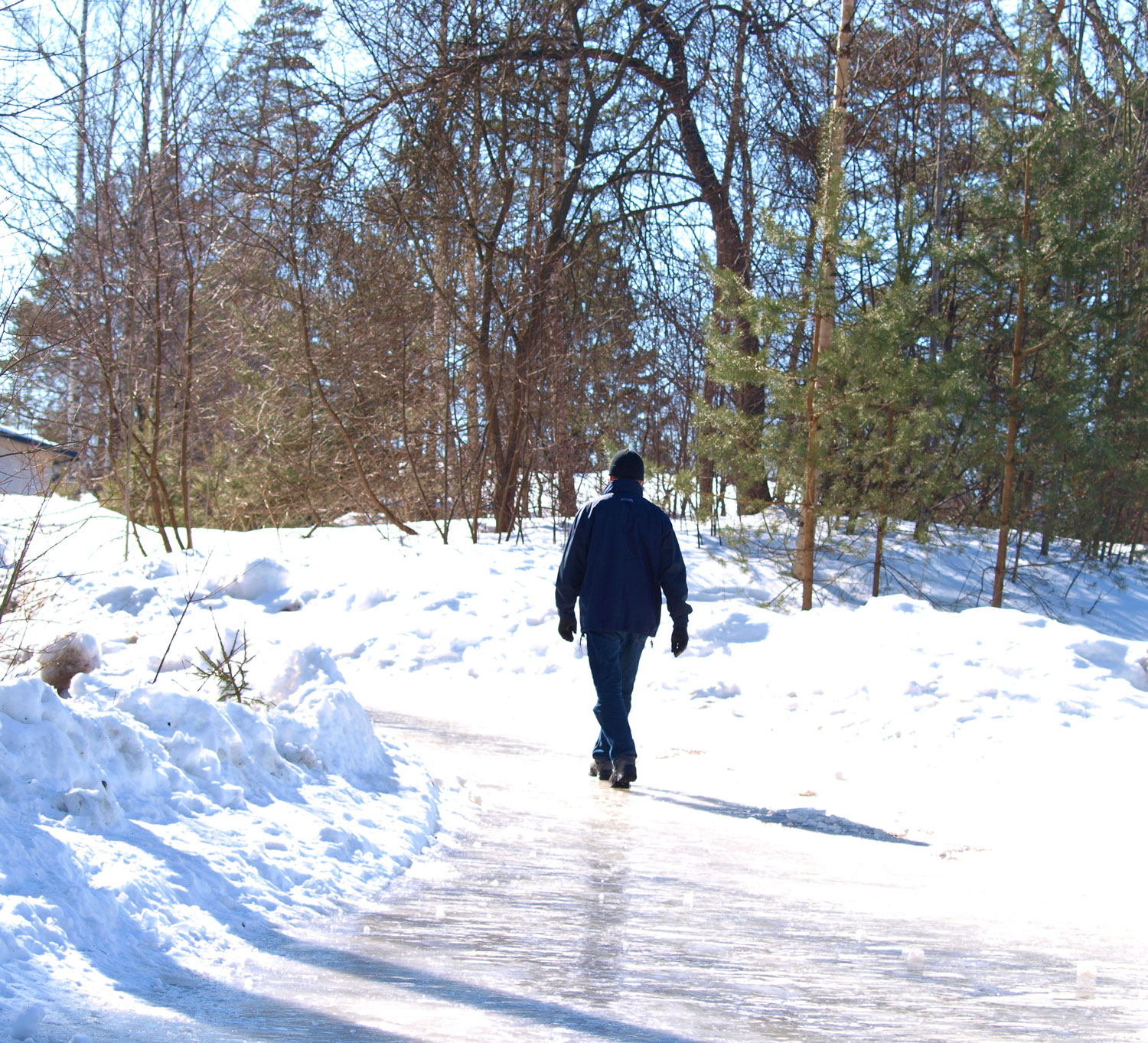 If you've ever slipped and fallen on a patch of ice, you already know ice is slippery — dangerously so. It's well understood that ice is slippery, just like water is wet. Less understood is why ice is so slippery, but there is science behind the slickness.

Ice on its own isn't actually slippery; it's friction that causes it to become slick, according to Phys.org. The friction on the ice causes a very thin layer of water to develop on top. That little bit of water laid over the icy surface is what causes the slipperiness.

The thin layer of water reduces the friction of the surface, making it more slick. The physical properties of this layer of water are different from that of other sources of water — that which we drink or find in our waterways, for example — and have only recently come to be understood, Phys.org reports.

Water is not typically a good lubricant, but the thin layer on the ice is, raising the question of why. Researchers at a laboratory at Sorbonne University in France were able to conclusively demonstrate that friction on ice generates a thin layer of water, and that this water is as viscous as oil, which allows ice to be slippery, Phys.org reports.

At temperatures below freezing, the watery layer is almost imperceptible because of how thin it is. In the lab tests at the Sorbonne, researchers determined the layer of water generated was even thinner than expected, about 1/100th as thick as a strand of hair.

You don't need to understand the science behind it to know the dangers of slipping on ice. Many a trip to the emergency room started with a slip on a patch of ice.

Lessen the chances of injury by salting your driveway, sidewalks and walkways. Just be sure to use the proper amount. It only take 12 ounces of salt — about enough to fill a coffee mug — to deice a 20-foot-long driveway or about 10 squares of sidewalk.

If you must walk on untreated icy surfaces, it helps to walk like penguins do. Who better to mimic than arctic penguins when it comes to walking on icy surfaces? To walk like a penguin, slightly bend your back and keep your feet pointed outward to increase your center of gravity, according to the U.S. Centers for Disease Control and Prevention. Shuffle your feet or walk taking small steps, and keep your arms out at your side to help you stay balanced.