Nature curiosity: Why don't bats get dizzy when hanging upside down? 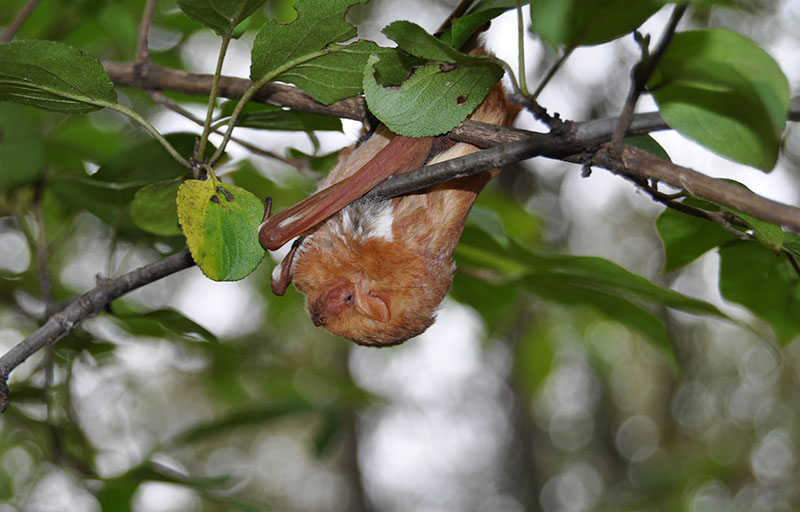 Hanging upside down for even a few seconds will leave anyone feeling dizzy and a little lightheaded, so how do bats do it?

It turns out their small size works to their advantage in this regard. When we hang upside down, the force of gravity causes all the blood in our bodies — about 2 gallons — to start to rush to our heads, giving us that dizzy and lightheaded feeling, according to National Geographic. Bats, on the other hand, are tiny compared to humans, and small enough that gravity does not affect how blood flows through their bodies.

More than 1,300 species of bats live in the world, varying greatly in size. The smallest bat – the Kitti hog-nosed bat, or bumblebee bat – weighs less than a penny. The largest bats, flying foxes, can weigh up to 2.5 pounds, but still not enough for gravity to affect their blood flow.

Bats have a good reason to hang upside down. Their wings aren’t as strong as bird wings, so they aren’t able to build up enough speed when taking off from the ground or a sitting position, the Iowa Department of Natural Resources reports. Instead, they can enter into flight with no effort if they start from hanging upside down rather than from a perched position.

Bats’ bodies are designed to allow them to hang upside down with ease. Their knees face backwards, and they have special tendons that lock their toes in place, allowing them to hang freely while relaxed, National Geographic states. If they were to perch rather than hang, they would have to contract a muscle to begin flying, while hanging allows them to start flying without expending any energy.

The tendon that allows them to hang while relaxed is very effective, so much so that a bat will continue hanging upside down even after it dies, according to National Geographic.