Nature curiosity: Why do worms come to the surface when it rains? 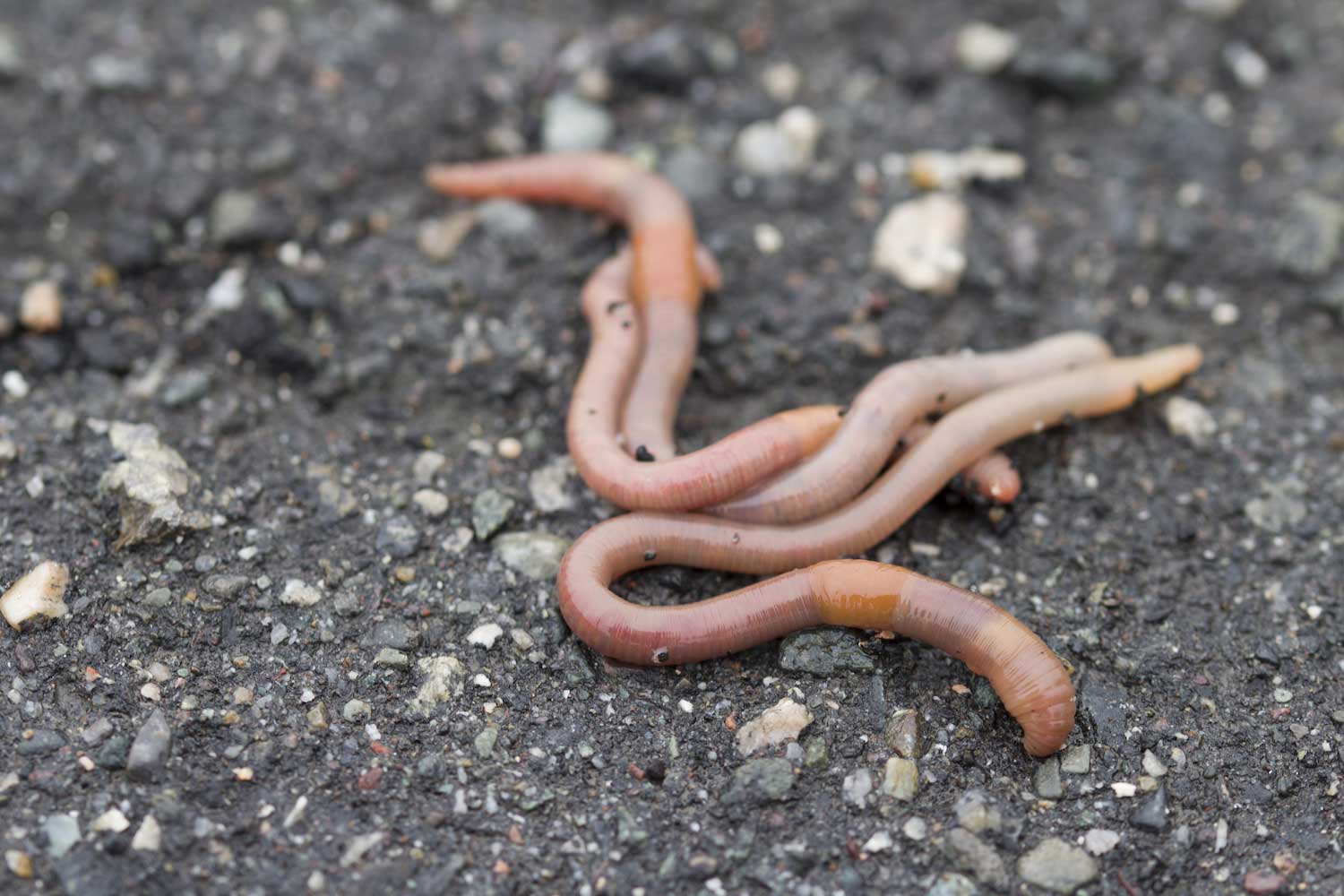 Why do so many worms surface when it rains? (Photo via Shutterstock)

A walk around the neighborhood or even down the driveway can be a little tricky right after it rains, when the ground is seemingly covered with worms that made their way to the surface.

Scientists don't fully understand this phenomenon, although a few theories exist as to why worms engage in this behavior during a good rainfall. One theory is that coming above ground when it rains helps worms move more quickly than they are able to while burrowing tunnels underground, according to Scientific American. Above-ground travel is only possible when it's raining or right after because they need moisture and cannot travel across dry ground.

For many years, scientists thought worms surfaced during a rainstorm as a way to prevent themselves from drowning when water filled their burrows, Scientific American reports. However, we now know this isn't true and worms won't drown when it rains. They actually need moisture in the soil to breathe, because they breathe through their skin. Worms can even survive for days fully submerged in water.

No matter why they come to the surface in the rain, we frequently see evidence that they don't always make it back down underground quickly enough after it stops. You can help a worm or two after it rains by moving them off the pavement or sidewalk and onto the nearest patch of dirt or grass. This will allow them to more quickly burrow back underground.

We benefit from having earthworms hard at work under our feet. While they are not essential for healthy soil, the presence of earthworms is an indicator that the soil is healthy, according to the University of Illinois Extension. All their digging and crawling through dirt has several benefits. Worms help improve the soil's water-holding capacity and increase filtration, they create channels to allow plant roots to grow, they mix soil and they stimulate microbial activity, which aids in plants being able to take up nutrients from the soil.

And while you may think a worm is a worm is a worm, there is a huge diversity among them. Earthworms are divided into 23 families, which include more than 7,000 different species, the Illinois extension reports. Very few earthworm species are native to the United States, and none to the northern part of the country. The worms we most commonly see are native to Europe, most likely transported to the United States in potted plants brought by settlers.

Although the vast majority of non-native worms aren't harmful to the ecosystem, a few worms are considered invasive. One example is the jumping worm, which was first identified in northern Illinois in 2015. Jumping worms are harmful because they alter the soil in ways that make it harder for native plants to grow, which allows invasive plants to more easily take root.