Nature curiosity: Why do spiders have so many eyes? 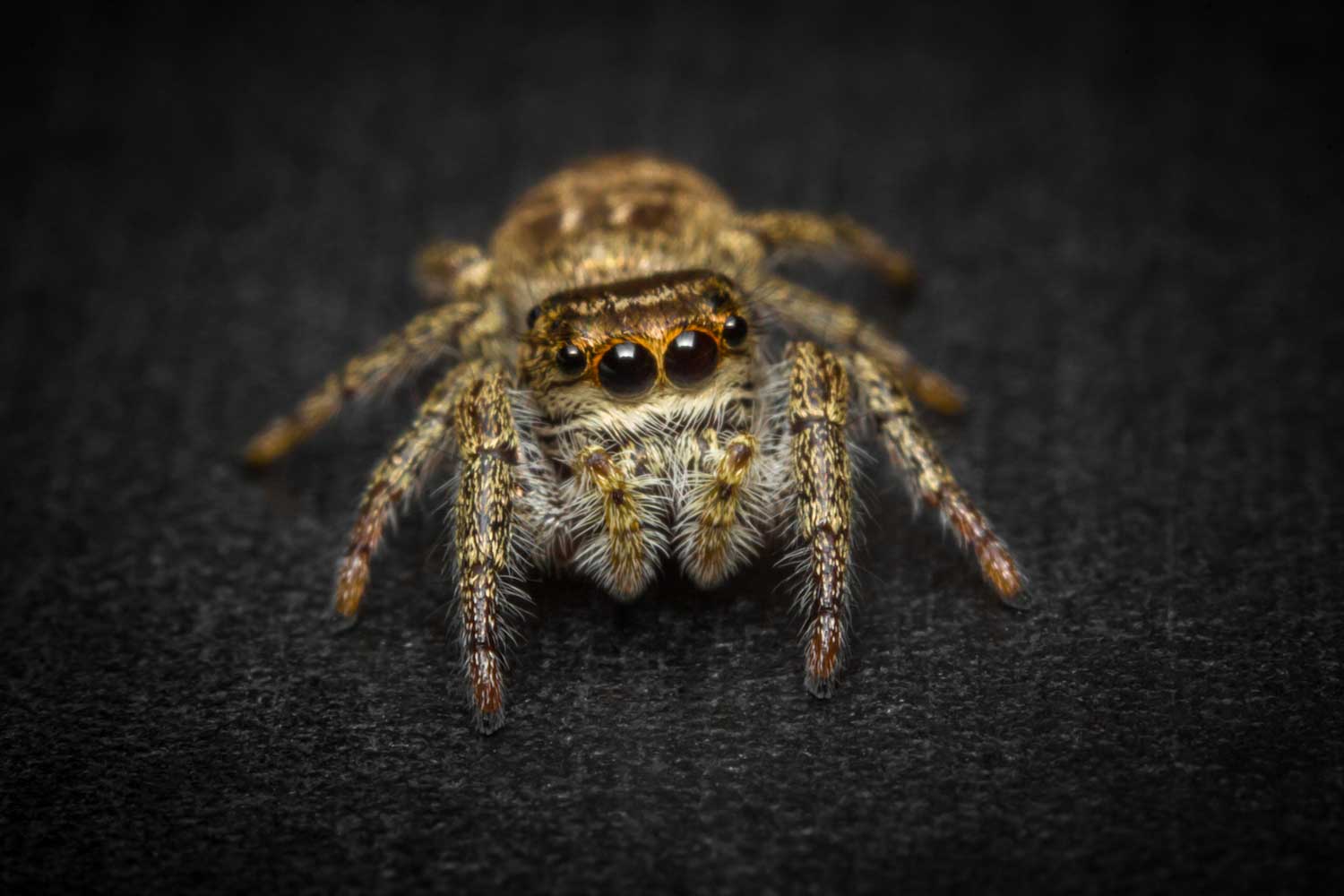 Like most spiders, jumping spiders have eight eyes arranged in four pairs. (Photo via Shutterstock)

In nature and beyond, more doesn't always mean better. Case in point: spiders and their eyes.

Most spiders have eight eyes, but most don't have good vision, according to the Australian Museum. Instead, spiders rely on vision and a combination of other senses — vibration, touch and taste, for example — to make their way in the world.

More than 34,000 different spider species exist, and one of the ways they are categorized into families is by the number of eyes they have and how they are arranged, according to the University of California-Santa Barbara ScienceLine. And while most spiders have eight eyes arranged in pairs, not all do. Some species do not have any eyes, while others have as many as 12, National Geographic reports. Spiders that have fewer or even no eyes are still able to hunt and stalk prey, but they have different adaptations to help them find food.

For the most part, when spiders have more than two eyes, all their eyes are used for vision, but not all eyes see in the same way. Typically, the eyes most central to the spider's face are used to detect the size, shape and color of nearby objects, ScienceLine reports. Eyes further to the sides of the head detect motion.

While many spiders have poor vision despite their many eyes, some do have good eyesight, which they rely on to hunt for and capture their food as well as recognize potential mate and rivals, the Australian Museum reports. Among the spiders with good eyesight are wolf spiders, flower spiders, jumping spiders and net-casting spiders.

Some spiders that are active at night, including wolf spiders, have eyes specially designed to sense movement in the dark, the Australian Museum reports. A wolf spider's eyes even shine or glow when light shines on them.

Jumping spiders, which are often active during the day, rely on their keen eyesight to hunt for prey, rather than catching it in a web like some other types of spiders do. Because of this, one of their pairs of eyes on the side of their heads is important for what is called a "looming response," Live Science reports. These eyes detect motion, which helps the spider sense danger and react to it. Humans and other animals have a looming response as well — it's why you duck when someone throws something at you — but we have just one pair of eyes to collect and provide all visual input, while spiders use multiple eye pairs.

Another kind of spider with specialized eyes is the net-casting spider, which has two large eyes toward the rear of their heads that are used for night vision, the Australian Museum reports. These eyes are large to both allow as much light in as possible and also allow for a wide field of vision.

Eyes aren't the only thing spiders have eight of. Spiders also have eight legs arranged in four pairs. The four pairs of legs is what separate spiders and other arachnids — including ticks and scorpions — from insects, which have three pairs of legs, according to Burke Museum.