Nature curiosity: Why do marsupials have pouches? 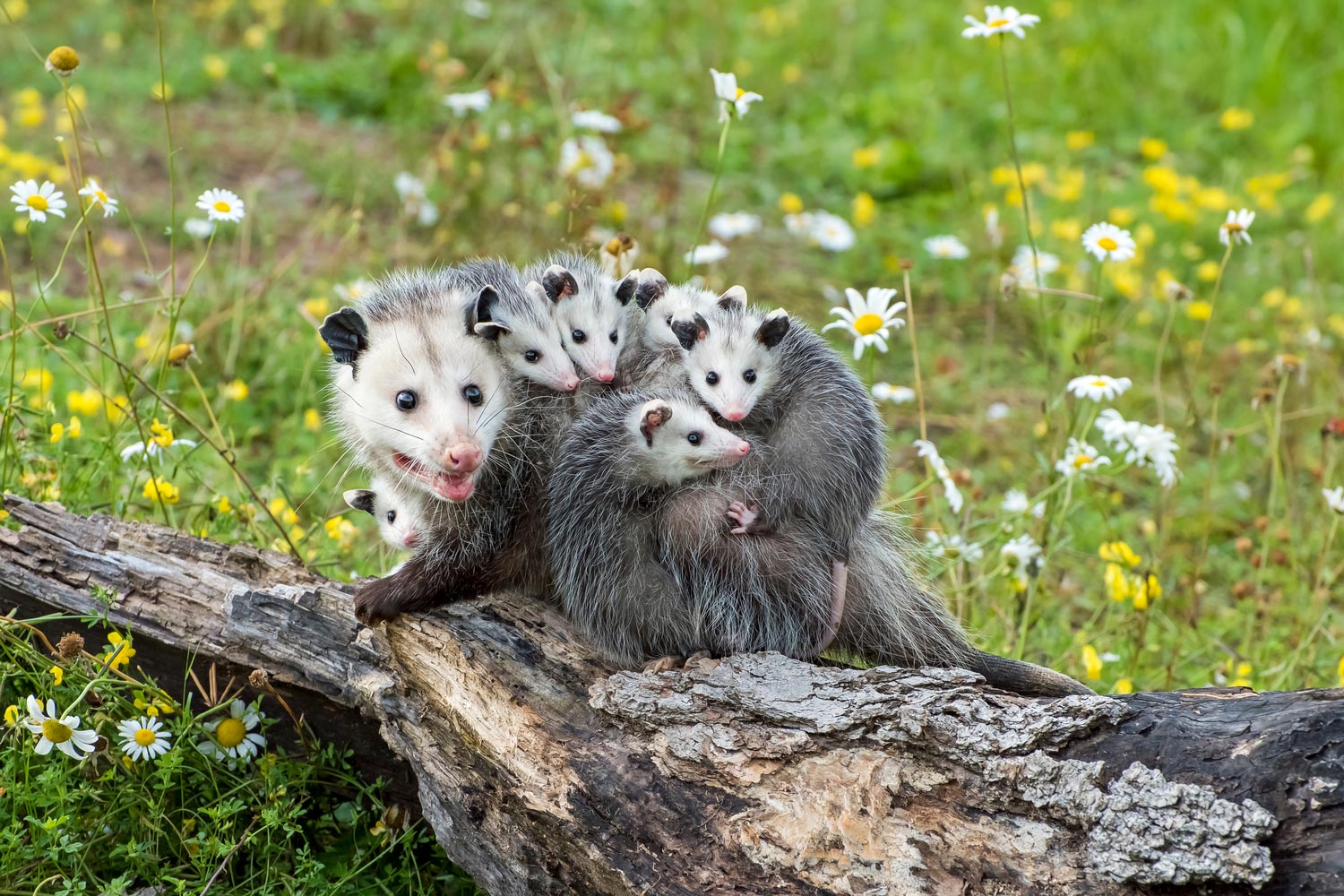 Female opossums carry their babies in their pouches after birth, and then often on their backs while they are young. (Photo via Shutterstock)

Have you ever seen a photo of a kangaroo with a joey — a baby kangaroo — in its mother's pouch and been awed by the adorableness?

Those pouches aren't unique to kangaroos. It's the hallmark feature of marsupials, a classification of mammals that carry their young in their pouches after birth. Kangaroos are perhaps the most famous of the marsupials, many of which live in Australia, according to the San Diego Zoo. Other Australian marsupials include the koala and the wombat.

Only one marsupial — the opossum — lives in the United States, according to National Geographic. Adult female opossums have pouches just like kangaroos and other marsupials. The pouches are used for carrying around their babies after birth.

The pouches are a critical part of the reproductive process because marsupials do not have as long a gestation period as other mammals, the San Diego Zoo reports. Their offspring are born very small and crawl into the pouch after birth to continue developing.

An opossum has a gestation period of 12 or 13 days, then gives birth to babies that are about the size of a honeybee, according to the University of Michigan's Animal Diversity Web. For comparison, raccoons have a gestation period of 63 to 65 days. Their babies are also small, about 3 inches long and weighing less than a quarter-pound, but they are much larger than an opossum's and more easily able to survive immediately after birth.

Female opossums typically give birth to between six and 20 babies, and they are born deaf, blind, furless and with only two working legs, according to the Missouri Department of Conservation. The time they spend in their mother's fur-lined pouch is critical for their development and survival, but oftentimes some of the newborns die before they make it to the pouch.

Once they crawl into the pouch, baby opossums latch onto a nipple, where they remain, able to nurse, for the next two months, the Department of Conservation reports. By this time, the babies — called joeys, like the babies of kangaroos and all marsupials — are about the size of a chipmunk and ready to leave the pouch.

Even after they leave the pouch, young opossums aren't ready to fend for themselves. They'll spend a few more months at their mothers' side — or riding on their backs. After leaving their pouch, the babies are often carried on their mother's back, where they learn important survival skills, such as how to find food and avoid predators.