Nature curiosity: Why do lakes turn over each spring and fall? 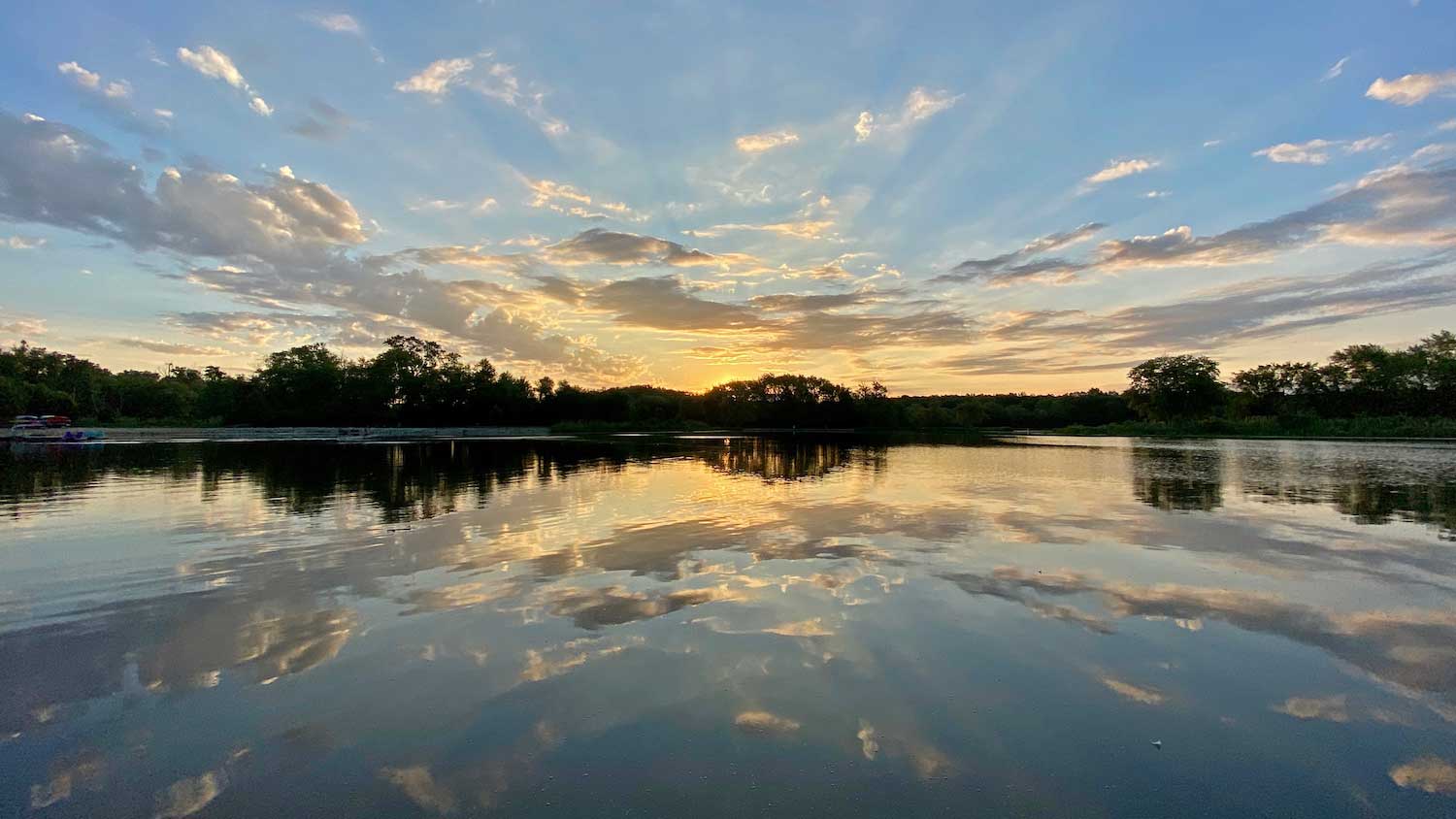 All around us each spring and fall, our local lakes experience seasonal changes that go mostly unnoticed but are important to the health of all aquatic life within.

This seasonal change, called turnover, causes the water at the top and bottom of lakes to mix. Lake turnover typically occurs in lakes that are deeper than 20 feet, according to the Clean Lakes Alliance. In the summer and winter, the water in these lakes forms into layers, with warmer water, which is less dense, floating atop a layer of cooler, more dense water in the summer. The opposite happens in the winter. The oxygen in the lake stays with the warm water, at the top of the lake in the summer and at the bottom in the winter.

As seasons change, the temperature of the water at the lake's surface begins to change. In the spring, changes in sunlight intensity warms the top layer of water, according to the Clean Lakes Alliance. Eventually, the water temperature at the top and bottom of the lake equalizes. When this happens, the lake is said to turn over because oxygen from the top and bottom of the lake mix, and nutrients trapped at the lake bottom are released, freely moving about the lake.

A similar process happens in the fall in deeper lakes. As the lakes cool, the water temperature at the lake's surface and bottom equalize and the lakes turn over the oxygen and nutrients in the water, allowing everything to become mixed before again settling into layers.

Lake turnover occurs because water has different densities at different temperatures, which differs from most other liquids, according to the Clean Lakes Alliance. Water is at its most dense at 39 degrees Fahrenheit. It has a lighter density when it is both warmer and colder than 39 degrees. Because of this, water within a lake forms distinctly separate layers based on temperature. This same phenomenon also explains why ice floats at the surface of water rather than sinking.

Lake turnover is vital to lake health because of how it affects oxygen levels. There is more oxygen in the water in the top layer of a lake because bacteria living at the bottom of lake consume the oxygen, the alliance reports. If turnover didn't happen, suitable habitat at the bottom of these lakes would decline over time as the oxygen was consumed. The yearly cycle of turnover keeps lake habitats healthy for fish and other aquatic species.

Casual observers might not notice lakes turning over in the spring and fall, but there are sometimes noticeable signs. Lakes can sometimes have an unpleasant smell during turnover, as the nutrients trapped at the bottom of the lake begin to circulate, the Clean Lakes Alliance reports. The mucky decomposing organic matter at the bottom of the lake can also be churned up, making the water look a little dirty.

Even when lake turnover is noticeable it is seldom cause for alarm, but on extremely rare occasions gaseous releases from lakes can have devastating effects. In areas of the world where deep lakes sit over tectonically active regions, dangerous volcanic gases can seep up into the lakes, according to the journal Nature. The dissolved gases sit at the lake bottoms, under pressure from the water above. If the gases are released, it can be explosive and spew dangerous levels of carbon dioxide into the atmosphere. These kinds of events are called limnic eruptions.

Luckily, the conditions necessary for limnic eruptions exist at only a few spots in the world: Lake Kivu, which lies on the border between the Democratic Republic of Congo and Rwanda; Lake Monoun and Lake Nyos in Cameroon; and Lake Albano in Italy, Nature reports. Limnic eruptions have been rare, but they can be devastating. Lake Nyos erupted in 1986, killing more than 1,700 people and 3,500 livestock. Today, the dangerous effects of limnic eruptions can be mitigated by degassing the lakes, which entails installing venting pipes that allow the dangerous gases to vent slowly and without danger.