Nature curiosity: Why do birds fly into windows? 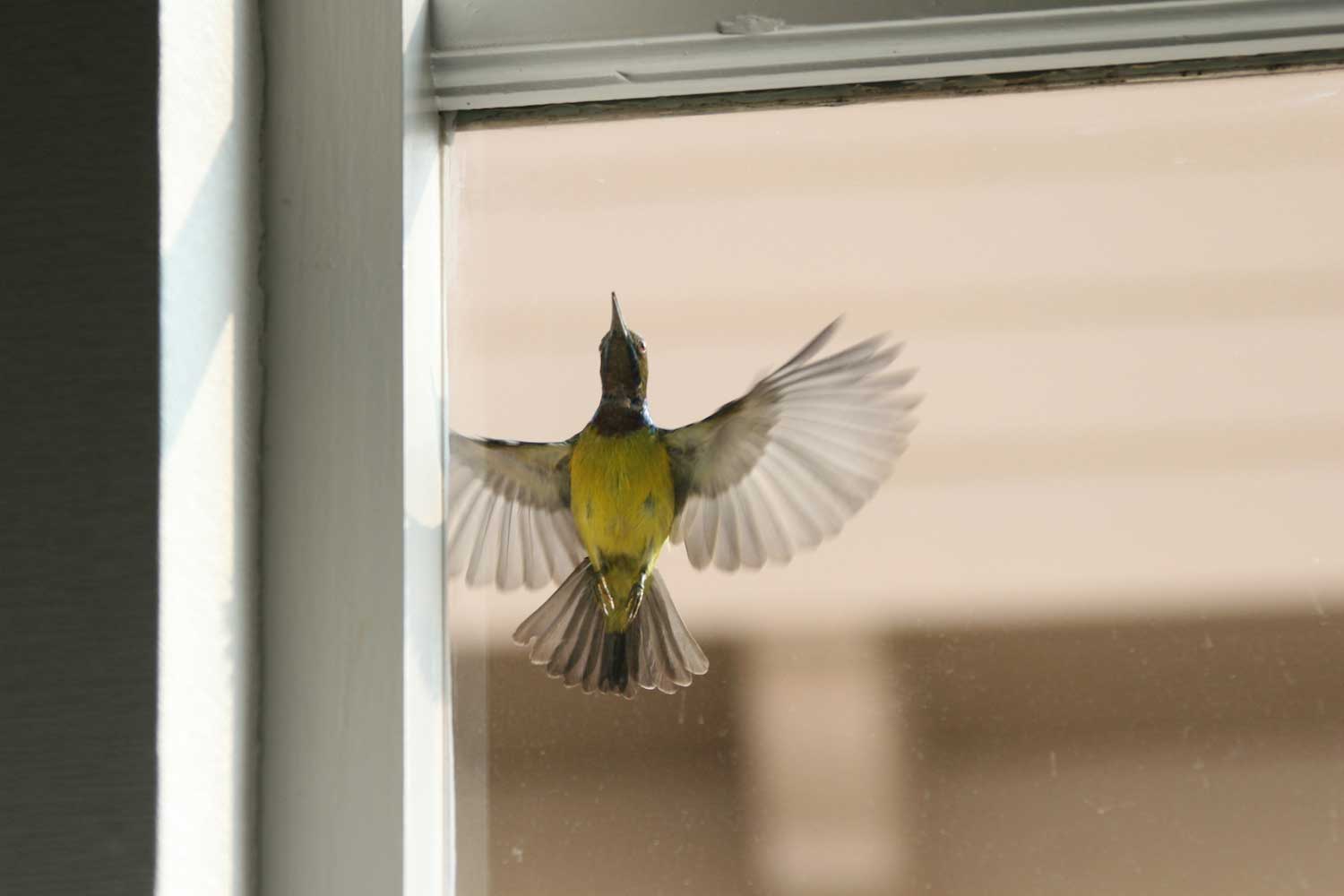 Billions of birds fall prey to cats every year in the United States and Canada, but there's a far more unsuspecting culprit in as many as 1 billion additional bird fatalities each year: windows.

The number of birds killed by flying into windows is hard to quantify and varies from year to year, but a study conducted by the U.S. Fish and Wildlife Service and the Smithsonian Institute in 2014 concluded that between 365 million and 988 million birds die each year in the United States from flying into buildings. Birds don't always die on impact, but may die later of their injuries. In addition, some birds are made more vulnerable to predators after being injured from flying into windows.

Birds fly into windows at all times of year, but it is most common during the spring and fall migration season and also when young birds are just learning to fly, according to the National Audubon Society. Bird-building strikes happen at all hours of the day, but the reason behind it is different during the day than it is at night.

During the day, birds can see through the glass and what is reflected on the glass, but they don't actually see the glass itself. What is reflected back at birds often appears to be an open area that looks easy to fly through, according to the Cornell Lab of Ornithology. We see the same reflections in the glass that birds do, but we understand that glass is present because of the other visual cues, such as window frames and nearby structures like doors. Birds do not understand these cues as we do, however.

At night, birds often fly into windows because the light in the buildings attracts them. Many migratory birds, including many songbirds, fly at night, and for reasons scientists do not yet fully understand, the presence of lights at night can cause birds to deviate from their flight path, Cornell Lab reports. This is particularly true in foggy conditions or when they perceive there to be a low ceiling.

In urban areas, artificial light is particularly dangerous to migrating birds, according to Fatal Light Awareness Program. The light can confuse birds, drawing birds toward the city as they confuse the cityscape lights for natural nighttime light sources from the moon and stars.

If birds flying into your house's windows is a problem, there are a few things you can do to help prevent it. The best thing you can do is install bird-friendly glass, which the Forest Preserve District recently did at Plum Creek Nature Center. The windows look normal to people and make it easy to view the birds outdoors, but the glass has fiber in it that the birds can see, helping prevent collisions.

This glass is effective, but it's more costly so most homeowners may not opt for this. Luckily, there are some less expensive ways to make your windows more visible to birds. Even something as simple as closing your blinds or curtains will prevent birds from flying into windows. And if your windows have screens on them, they will go a long way in preventing birds strikes.

Windows without screens can be made more visible to birds by adding some sort of vertical markings on the exterior of them, the Cornell Lab reports. You can do this simply with soap or tempera paint, both of which are inexpensive and won't damage windows, or with a more long-lasting solution like the American Bird Conservatory's BirdTape, a translucent tape that can last for up to four years on the outside of windows. Even decals, stickers and masking tape affixed to the exterior of a window can help.