Nature curiosity: Why do bees sting? 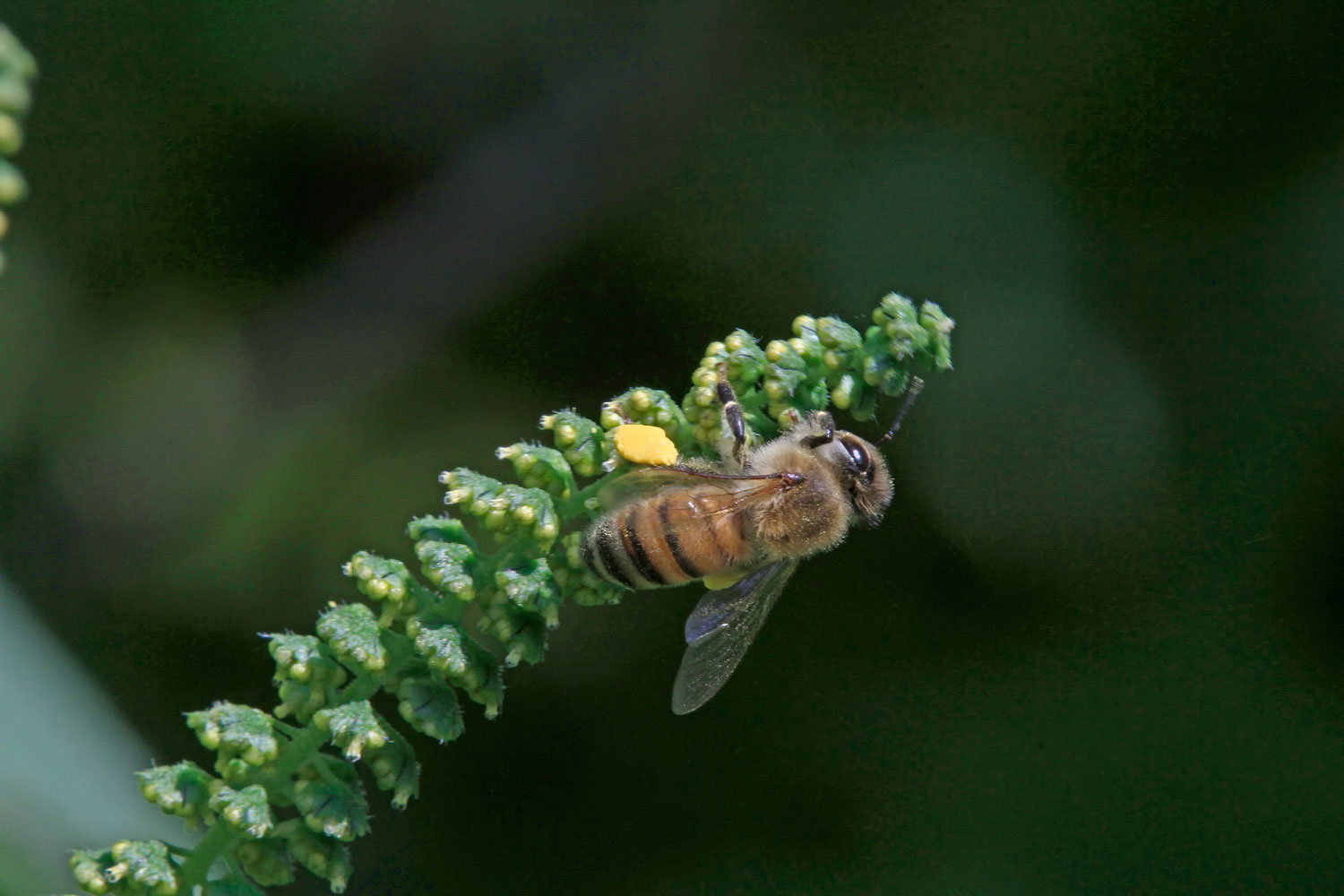 The buzz of a nearby bee often gives people pause because of the painful sting often associated with these insects. But should you really be worried every time you see a bee, and why do they sting people anyway?

Honeybees and bumblebees sting for the same reason opossums play dead and skunks spray their pungent spray: It's a defense mechanism, the University of Illinois BeeSpotter program reports.

Bees away from their hives are focused on searching for pollen and nectar and aren't disturbed by the presence of people nearby, so they rarely sting unless they are provoked or aggravated or they are stepped on. And while you may have heard that a bee can only sting once, that is not entirely true.

Honeybees die after using their stinger, but not all honeybees. The queen bee can sting multiple times, although it rarely leaves the hive, and the drones (all male honeybees) don't have stingers at all, according to the University of California Agriculture and Natural Resources. The worker bees of a hive can sting only once, because the stinger is barbed and the bees cannot remove it without pulling out their abdominal tissue.

Bumblebees have smooth stingers that are easy to remove, so these bees can sting more than once, BeeSpotter reports. But bumblebees are generally less aggressive than honeybees, and less likely to sting.

If you have the misfortune of being stung by a bee, it is important to remove the stinger as soon as possible to prevent venom in the stinger from continuing to enter your body, BeeSpotter advises. You can use tweezers or a credit card to pull or scrape the stinger away, or even your fingers if nothing else is available.

Once the stinger is out, wash the area with soap and water, then apply an ice pack or cold compress, Mayo Clinic advises.

Bee stings are painful because the stinger contains venom that enters your body when stung, according to Mayo Clinic. This venom has chemicals in it that affect your immune system and skin.

For most people, bee stings are minor, causing pain, swelling and redness that will resolve after a few hours, Mayo Clinic reports. However, some people experience more moderate or even severe, life-threatening reactions to stings from bees and other stinging insects.

People who have moderate reactions to bee stings experience more severe redness and swelling that can gradually worsen for a day or two and then take five to 10 days to resolve, Mayo Clinic reports. Severe reactions cause anaphylaxis and require emergency medical treatment. Signs of a severe reaction include difficulty breathing; swelling of the tongue and throat; nausea, vomiting or diarrhea; fainting; changes in heart rate; and hives or other skin changes.

While bees are unlikely to sting unless provoked or stepped on, there are some precautions you can take to further lessen your odds of being stung. The Mayo Clinic advises caution when drinking sweet beverages while outdoors and to inspect them before drinking from them. You should also cover garbage cans and food containers, and clear away garbage, fruit that has fallen from trees, and animal feces, which can attract flies and, in turn, wasps.

If you're spending time outdoors, wear close-toed shoes and avoid bright colors and flowery prints, which can attract bees, as well as loose-fitting clothing which can allow bees to get trapped.

Attacks by swarms of bees are rare but dangerous because being stung numerous times can cause severe reactions, according to BeeSpotter.

If you are attacked by a swarm of bees near a hive, BeeSpotter advises following these precautions: