Nature curiosity: When do hummingbirds migrate? 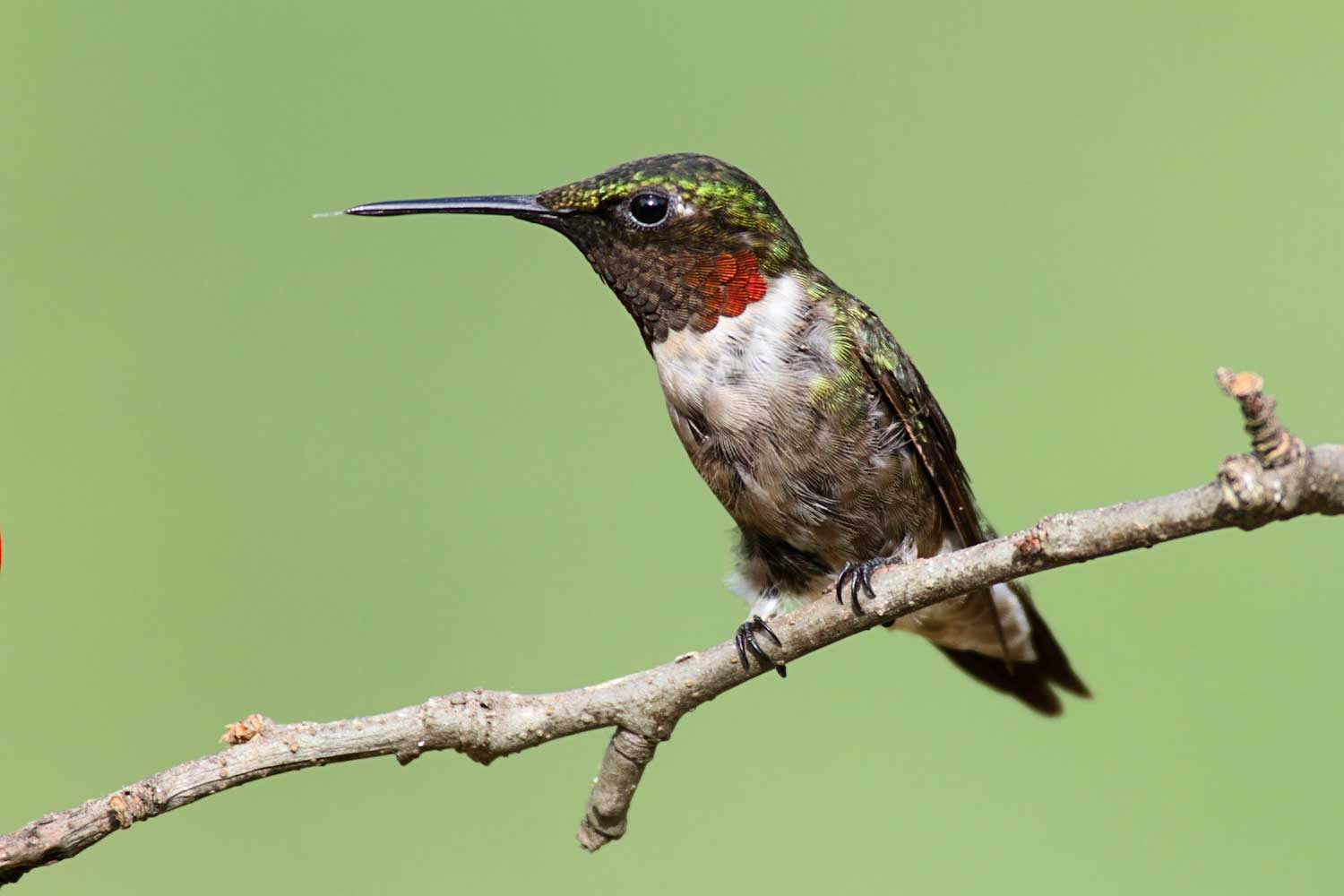 Few birds evoke as much excitement upon their arrival each spring as ruby-throated hummingbirds, and after a full season of marveling at these tiny birds it’s nearly time to bid them farewell until next year.

Ruby-throated hummingbirds — the only hummingbirds that spend time in northern Illinois — both arrive and depart from our area in waves, said Bob Bryerton, a program coordinator for the Forest Preserve District.

"They trickle in and trickle out," he said.

Their migration to their wintering grounds has already begun, with some of the birds departing our area in late July or early August. Male hummingbirds are the first to leave each year, Bryerton said. They aren't involved in raising their offspring, so they leave before the females and young birds.

The hummingbirds typically continue departing on their migration through early October. Leaving in waves might be a protective strategy for the birds, Bryerton said. If they left all at once in large masses, their population could suffer mightily if they were to encounter severe weather or other disturbances on their journey.

Their arduous trip is impressive for a bird of any size, but it's considerably more so because these birds are so tiny, typically weighing between 0.1 ounces and 0.2 ounces. Most of the hummingbirds that breed in the United States and southern Canada winter in Central America. After reaching the Gulf of Mexico on their trip south, most hummingbirds will fly 500 miles or more nonstop as they cross the large body of water, according to Journey North. Some will instead choose to follow the shoreline, but scientists do not understand why some birds choose to fly over water and others decide to stay over land.

After the hummingbirds have flown south for the winter, when will we see them again? Likely not until mid-April, said Bryerton, who keeps an eye on when the birds return to the District’s Plum Creek Nature Center each spring. He usually spots the first hummingbirds during the third or fourth week of April each year.

To ensure they have a source of nectar when they arrive, Bryerton said they put up the hummingbird feeders at Plum Creek Nature Center on April 15 each year.

“That way, in case any are early, they have food when they arrive,” he said. “We have a bunch of feeders up in the summer, and then we reduce them in September, since there are less birds then.”

He said they will leave at least one feeder up until the end of October, in case of any late-migrating hummingbirds passing through the area.

Hummingbirds’ migration patterns explain why we often see the birds flocking to feeders in late summer. Around this time, the birds that summered here are preparing for their migration, so they are eating more to bulk up for their long journey, Bryerton said. At this time of year we also sometimes see periodic influxes of hummingbirds that summered further north. These birds have already begun their trip south and stop over for rest and to fuel up.

The local population of ruby-throated hummingbirds typically drops off by the end of September, he said. Because they are looking for reliable food sources, keeping your feeders full and in good condition is important during this time.

If you’re new to feeding hummingbirds, don’t worry about buying nectar from a store. It’s simple to make your own at home. The gold standard recipe for hummingbird nectar is mixing 1 part sugar with 4 parts water, for example a 1/4 cup of sugar and 1 cup of water. Adding red food coloring will not help attract the birds and may do more harm than good, according to the Cornell Lab of Ornithology.

Change out the sugar water every few days, and clean feeders regularly as well. Regular and thorough cleanings are important, especially when it's hot because mold can quickly develop in the feeders. Bryerton recommends cleaning your feeders every two to three days.

If you don't have a lot of birds visiting your feeders, don't fill them up all the way. Make just enough to feed the hummingbirds that visit your yard between cleanings, Bryerton advises.