Nature curiosity: What is mange? 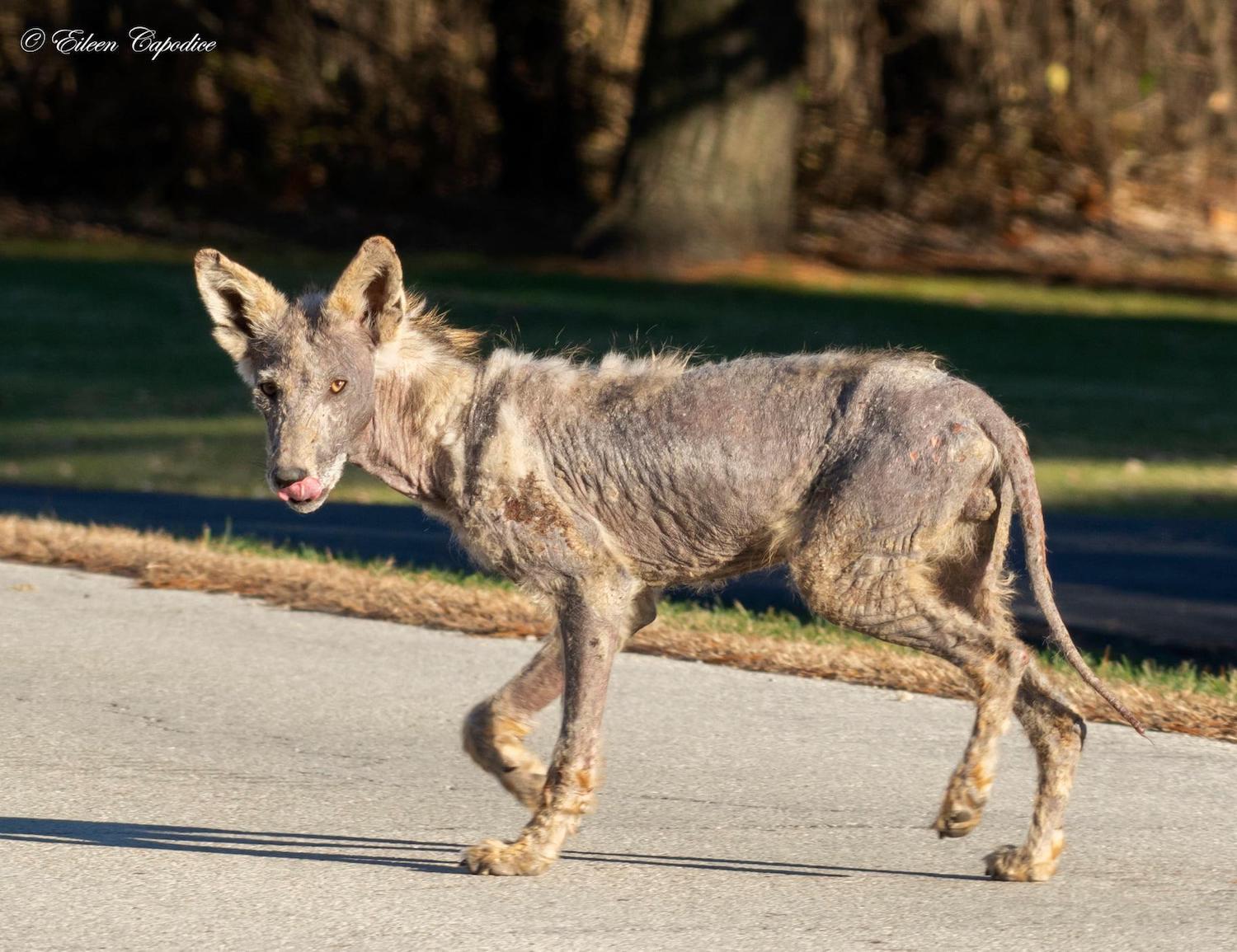 "You mangy mutt," seems like an innocent turn of phrase reserved for a lovable dog made a little worse for the wear by an outdoor adventure. But in reality, a mangy mutt may well be very sick with mange, a contagious skin disease that can be devastating for infected animals.

Mange is an illness caused by mites. The hallmark sign of it is significant hair loss. It can affect many different kinds of mammals, including both wild animals and domesticated animals we keep as pets, primarily cats and dogs. There are several kinds of mange, caused by different species of mites, according to Cornell University's Wildlife Health Lab.

Common types of mange include sarcopetic mange, which effects both wild and domesticated mammals; demodectic mange, which often affects deer, elk and bears; and notoedric mange, which primarily effects squirrels and sometimes bobcats, the Wildlife Health Lab reports. Mammals often associated with mange in Illinois include coyotes and foxes, which can develop sarcopetic mange, according to the Urban Coyote Research Project.

Animals develop mange when they come into contact with the mites from direct contact with an infected animal or an environment, such as a nest or burrow, where the mites can survive for days without a host. The animal then becomes the host for the mites, which burrow into their skin, Urban Coyote Research Project reports.

The different types of mange can cause different symptoms in animals, but hair loss is the most common and unifying sign, Cornell's Wildlife Health Lab reports. Animals with mange may also have thickened or scabby skin, and they may be very itchy.

The mites that cause mange are not deadly to their host animals. However, mange does make an animal more susceptible to other infections. In addition, mange can make animals lethargic and depressed, and many become underweight and do not consume enough calories to support themselves, according to the Wildlife Center of Virginia.

Suspected mange infections in pets and wildlife can be confirmed by examining skin scrapings and finding mites, according to the Wildlife Health Lab. The different mites that cause mange infections vary in appearance, and the specific type of infection can be determined by identifying which mites are present.

Mange can be treated with anti-parasitic medications. Wild animals with mange typically need to be in captivity, either at a wildlife rehabilitation center or with a licensed wildlife rehabilitator, for treatment because it can take several doses of medication given over several weeks. Some animals also receive anti-inflammatory medications and antibiotics to treat secondary infections.

In some cases, animals may not survive a severe case of mange because although medications can successfully kill the mites, their body and health may have been too compromised by the infection and subsequent effects, according to the Wildlife Center.

The mites that cause mange can also cause disease in humans. For example, the human condition scabies is caused by the same kind of mites that cause mange in animals, according to the Wildlife Center of Virginia. And because some types of mange, including sarcoptic mange, are zoonotic (an infectious disease that can be transmitted from an animal to a human), humans can develop short-lived infections after contact with animals (or people) infected with the mites that cause mange. In humans, scabies and mange can be treated with prescription medications that kill the mites and their eggs.