Nature curiosity: What is an algal bloom? 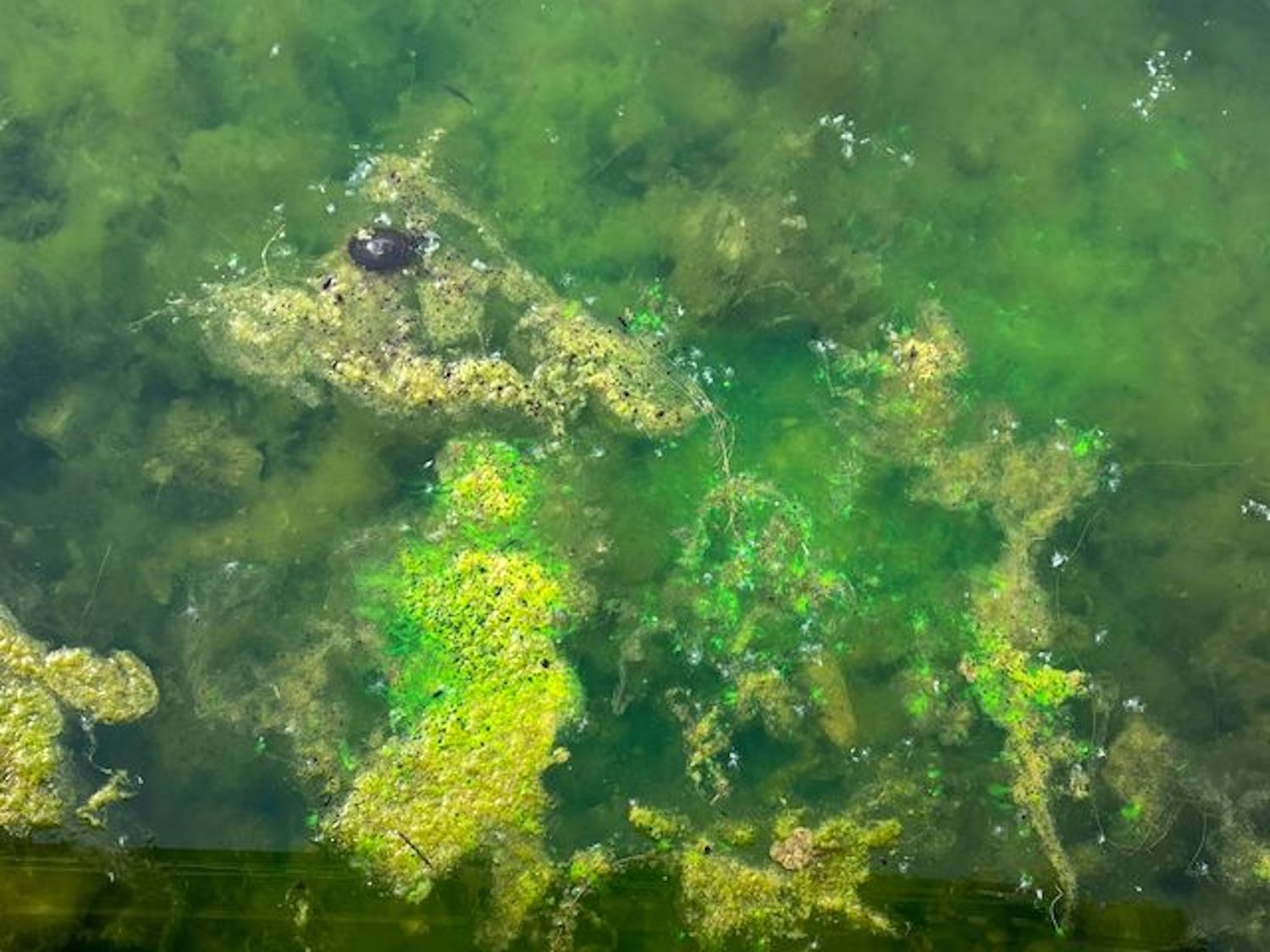 Have you ever visited a beach only to be turned away by signs warning of harmful algae in the water? Or stopped by a familiar waterway to find it covered in what looks like thick green slime?

These could be instances of algal blooms, which can occur when common and otherwise normal algae reproduce quickly, creating a proliferation of the algae that can be toxic.

Locally, the algae that cause harmful algal blooms, cyanobacteria, also called blue-green algae, occur normally and naturally in many aquatic environments, according to the Illinois Department of Public Health. However, certain weather conditions can allow the bacteria to grow and reproduce quickly, and this sudden growth is called an algal bloom.

The blooms are most common in summer, according to the Illinois Environmental Protection Agency (EPA). Warm waters that receive a lot of sunlight and little wind are ideal for algal blooms to occur. If large quantities of nutrients like nitrogen and phosphorus are introduced into a waterway when conditions are suitable, a bloom can also be more likely to occur.

Most blue-green algal blooms are not harmful to people, but some produce toxins that can be dangerous, according to the state health department. For this reason, it's best to assume all algae blooms are harmful unless testing has been done to determine it is not toxic.

The toxin most often associated with harmful algal blooms, also called HABs, is microcystin. When ingested or inhaled, or when people come into contact with it, microcystin can effect the gastrointestinal system, nervous system, liver and skin. Symptoms of exposure to toxins from a harmful algal bloom can include nausea, vomiting, difficulty breathing, throat irritation and allergic reactions, according to the Illinois EPA.

Algal blooms can occur in both fresh water and salt water. Maybe you've heard of an ocean phenomenon called red tide? A red tide is another name for a harmful algal bloom, according to the National Oceanic Atmospheric Administration (NOAA). Red tide is caused by a different kind of algae than what causes our local algal blooms, and it causes the water to turn brownish-red.

While red tide can be harmful to people and animals, not all algal blooms are dangerous. Some blooms actually benefit the aquatic sea animals because they eat the proliferation of algae, according to the NOAA.

Children are more susceptible to the harmful effects of the toxins in a harmful algal bloom because they are smaller and weigh less, according to the Illinois EPA. They also typically have more sensitive skin than adults and are more likely to develop a skin rash.

You can limit your exposure to harmful algal blooms by avoiding any contact with water that is discolored or has scum at the surface, the EPA advises. This especially includes avoiding swimming or wading. (Swimming is prohibited in Forest Preserve District waterways.) In addition, special care should be taken when boating, fishing and playing on shore to ensure that contact with the water is not made. Pets should also be kept away from suspect waters, and you should not eat fish caught from waters where an algal bloom has occurred, the EPA states. When in doubt, it's always best to err on the side of caution.

If you are exposed to a harmful algal bloom, shower immediately and contact your local poison control center for advice, the state EPA advises. If you develop any symptoms you believe may be related to your exposure, contact your doctor immediately.