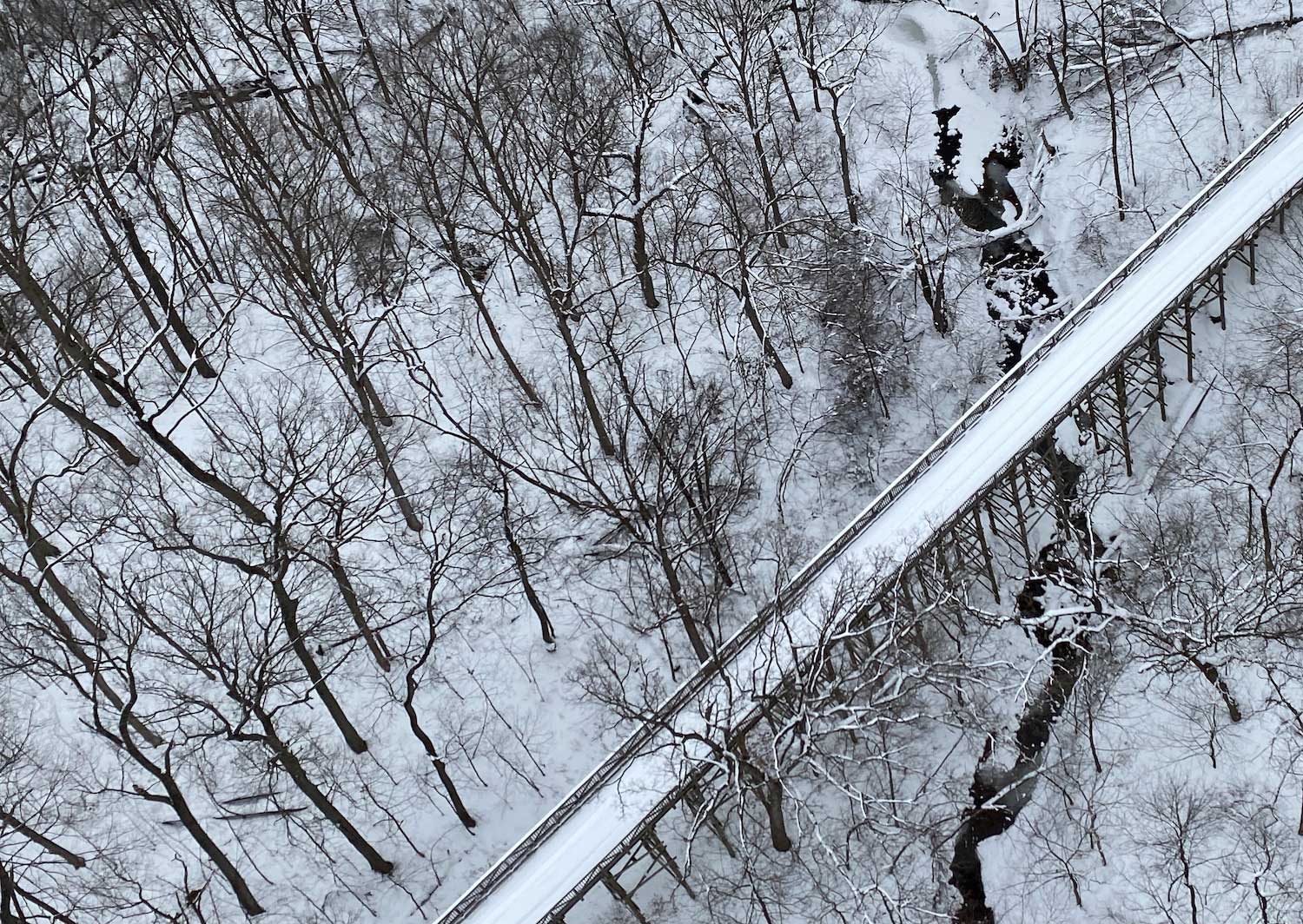 Trees are stalwarts of our landscapes, a familiar comfort as they evolve with the seasons, marking the changing of the seasons and the passage of time. Through it all, trees must endure the most extreme weather Mother Nature throws their way. They can't escape blistering heat waves, pounding thunderstorms or the most punishing cold and snow. But how are they able to withstand such frigid conditions each winter?

To start, it helps that their roots — a vital part of their health and livelihood — are mostly below ground, where they are insulated by the soil and, oftentimes in winter, a layer of snow, Northern Woodlands reports.

Above ground, a large part of a tree's means of surviving winter depends on what type of tree it is. There are two basic types of trees: deciduous, or broadleaf, trees, which have leaves, and coniferous, or evergreen, trees, which have needles. In cold-weather climates, most deciduous trees lose their leaves each winter, which is key to their survival. For the most part, coniferous trees do not lose their needles, although they do shed damaged or old needles, according to the National Forest Foundation. And a few coniferous trees do lose all their needles each year.

For deciduous trees, winter preparations start in late summer, when they begin to undergo changes in anticipation of shedding their leaves in the fall. For these trees, the leaves are the primary way they lose water, so they shed their leaves as a means of protecting themselves from the harsh winter weather, according to the Michigan State University Extension. Coniferous trees don't need to shed their needles each year because the shape and size of the needles minimizes water loss, plus they have a waxy coating that further helps prevent water loss.

Like many living things, trees contain a lot of water. They are about 50% water, although that figure goes down slightly in winter, according to Northern Woodlands. Because of their water content, it's important that their cells don't freeze, because it would damage the woody tissue. They are able to do this in a few ways. First, their cell membranes become more pliable in winter, allowing water to more easily move in and out of the cells and around the cells, Northern Woodlands reports. In winter, trees also convert starches to sugars, which lowers the freezing point. Lastly, the liquid contents of the cells become more viscous and hard as a means of protection against the cold.

And while it's vital that a tree's cells don't freeze in winter, it's only true of living cells. Much of a tree's trunk is made of dead cells, and while these cells still are important to some essential tree functions, freezing won't interfere with their function or harm the tree, according to Northern Woodlands.

Bark helps in winter too. It insulates trees and protects the wood underneath from cracking in freezing temperatures, the forest foundation reports. Dark-colored bark also helps by reflecting light and dispersing heat from the sun.

Even with all these mechanisms to help survive winter, trees do sometimes succumb to the harsh conditions. When it gets too cold for trees to survive, they can explode, according to the National Forest Foundation. This happens because the sap in the tree freezes. The sap contains water, and as the water freezes it expands and puts pressure on the bark. Eventually, the pressure is too much for the bark to withstand and it breaks apart, causing an explosion.

These tree explosions don't just occur when it's too cold for the tree. It can also happen if it gets too cold too fast and the tree hasn't had time to adequately prepare itself for the frigid weather, the forest foundation reports.