Nature curiosity: How do birds sleep? 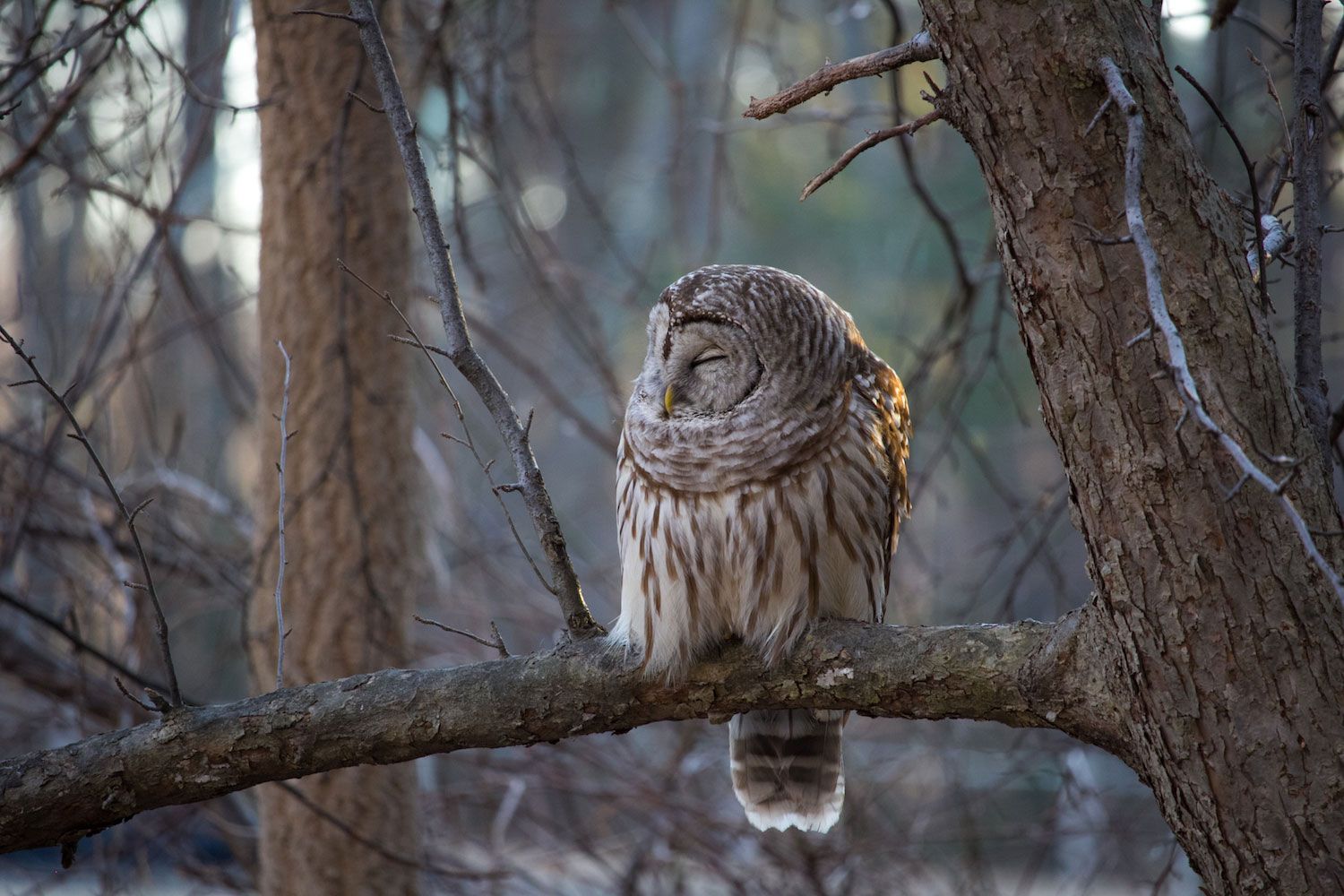 When you think of birds sleeping the night away, do you picture them cozied up in their nests? It would seem to make sense that they would tuck themselves into their nests for the night, but that's not usually the case.

Birds only use their nests to incubate their eggs and raise their young, so they only sleep in their nests during nesting season, when there are eggs or babies to keep warm, according to the National Audubon Society. At other times of the year, many birds sleep in a roosting spot, often using the same spot day after day, or night after night as the case may be.

Different types of birds sleep in different ways. Many songbirds will perch themselves in a spot safe from predators, while others may tuck themselves away in a tree cavity. Some birds, like woodpeckers, cling to tree trunks to roost, and ducks and other waterfowl can often sleep on both land and water, the Audubon Society reports.

Perching while sleeping may seem like a tricky proposition, but birds are able to do it with very little risk of falling, according to the Cornell Lab of Ornithology. They are able to stay perched during slumber because when they put weight on their feet their leg muscles tighten, causing the foot to clench around the branch or whatever structure they are perched on. When they go to sleep, birds like songbirds will usually fluff out their feathers and turn their heads to face backward so they can tuck their beaks into their feathers.

It helps, too, that birds aren't exactly deep sleepers compared to human standards. They might take hundreds of short naps in a day, being awoken each time by things like the weather, a predator or a nearby bird or animal, Birds&Blooms reports.

Some birds engage in what's called unihemispheric slow-wave sleep. This allows birds to sleep with one eye open, keeping half their brain alert while they are asleep, Cornell Lab reports. This state of being half awake and half asleep is useful because the birds can react quickly to threats while still getting necessary rest. Some birds are better at this kind of sleep than others, including ducks, peregrine falcons and Eurasian blackbirds, according to Cornell Lab.

Some birds even rely on unihemispheric slow-wave sleep while migrating. That's right — they take short naps in flight! Many birds have to complete long, arduous journeys on their way to and from their breeding grounds, and these trips do not leave a lot of time for rest. Birds such as the magnificent frigatebird, which lives along the southern U.S. coast as well as coastal Mexico and the Caribbean, can take short "naps" on their long flights over the ocean, Birds&Blooms reports. On land, the birds can sleep as much as 12 hours per day, but they usually get less than an hour of sleep per day while soaring over the ocean.

Of course, not all birds sleep at night. Nocturnal birds like owls and whip-poor-wills hunt at night, so they are up and about when much of the rest of the bird world is trying to catch some shut eye. Adult owls sleep much like other perching birds, hidden away in a sheltered spot and grasping onto a branch. Baby owls, though, sleep a little differently. They still use their talons to tightly grip onto a branch, but they lie down on their stomachs when they sleep, according to the National Audubon Society.