Nature curiosity: How do antlers grow so fast? 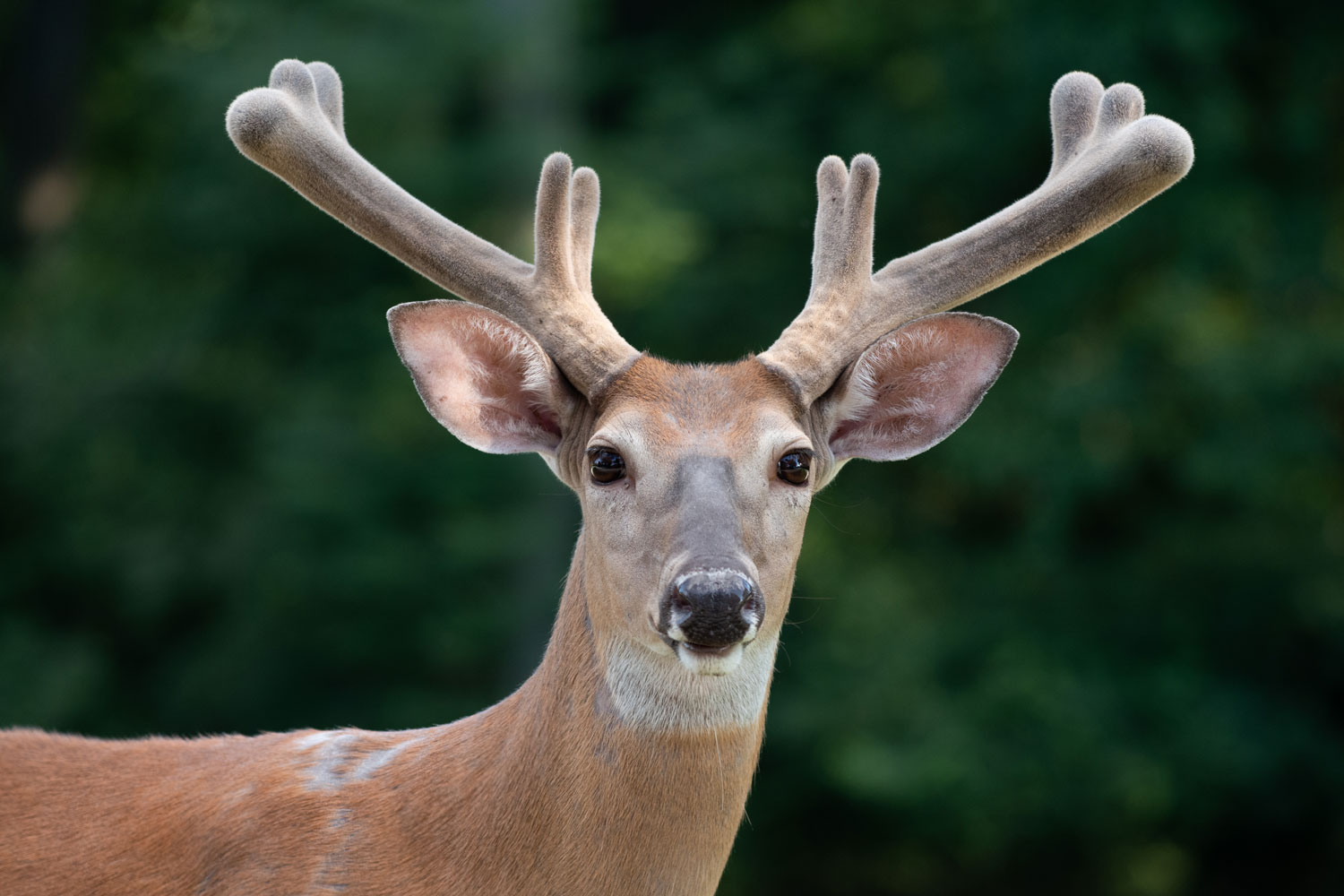 It sometimes seems as if white-tailed deer grow antlers overnight. In reality, that's not too far from the truth.

Antlers, which are made of bone, grow quickly. They are one of the fastest-growing tissues in all of the animal kingdom. A white-tailed deer's antlers can grow as much as a quarter-inch per day, according to Popular Science. But that's nothing compared to elk and moose. Elk antlers can grow as much as 1 inch a day, and a moose can add 1 pound of new antler growth every day.

Male deer and other cervids grow antlers to attract mates. A large set of antlers is proof of the animal's health to potential mates, but that's not all. Bucks also use their antlers to fight other males to show their worth and supremacy to females, Sciencing reports.

But how do their antlers grow so quickly? It requires a lot of energy, and while it may seem like they sprout overnight, antler growth is an almost continuous process. Deer and their relatives grow antlers each spring and shed them every winter. Once antlers are shed, the process of growing them begins anew.

Male deer have two spots on their skulls called pedicles from which their antlers grow. In the spring, the antlers begin to sprout from the pedicles. The new antlers are covered by a fuzzy-looking skin called velvet. The velvet is specialized to help the antlers grow, Popular Science reports. It's filled with blood vessels that help transport blood, oxygen and essential nutrients to the area, which allow the antlers to grow quickly.

While the antlers are covered in velvet, deer don't want them to come into contact with anything that could injure or damage them. Injuries to the velvet or even another part of the buck's body can cause the antlers to grow abnormally.

The antlers themselves are mostly made of calcium, just like bone, Sciencing reports. But deer don't consume a lot of calcium in their diet, so it instead has to be produced by chemical reactions, which requires a lot of the buck's energy.

Because of how much energy it takes to grow antlers, the healthiest deer grow the biggest and most impressive antlers. However, a deer's diet isn't the only thing that factors into antler grow. Genetics and age also play a role.

Genetics help determine both the shape and size of an animal's antlers, and studies have shown that large antlers are hereditary, according to Popular Science. Young bucks don't grow very large antlers. It takes a few years for them to reach their full potential, usually reaching their peak antler-growing ability at about 4 to 6 years old.