Nature curiosity: How can birds sit on power lines? 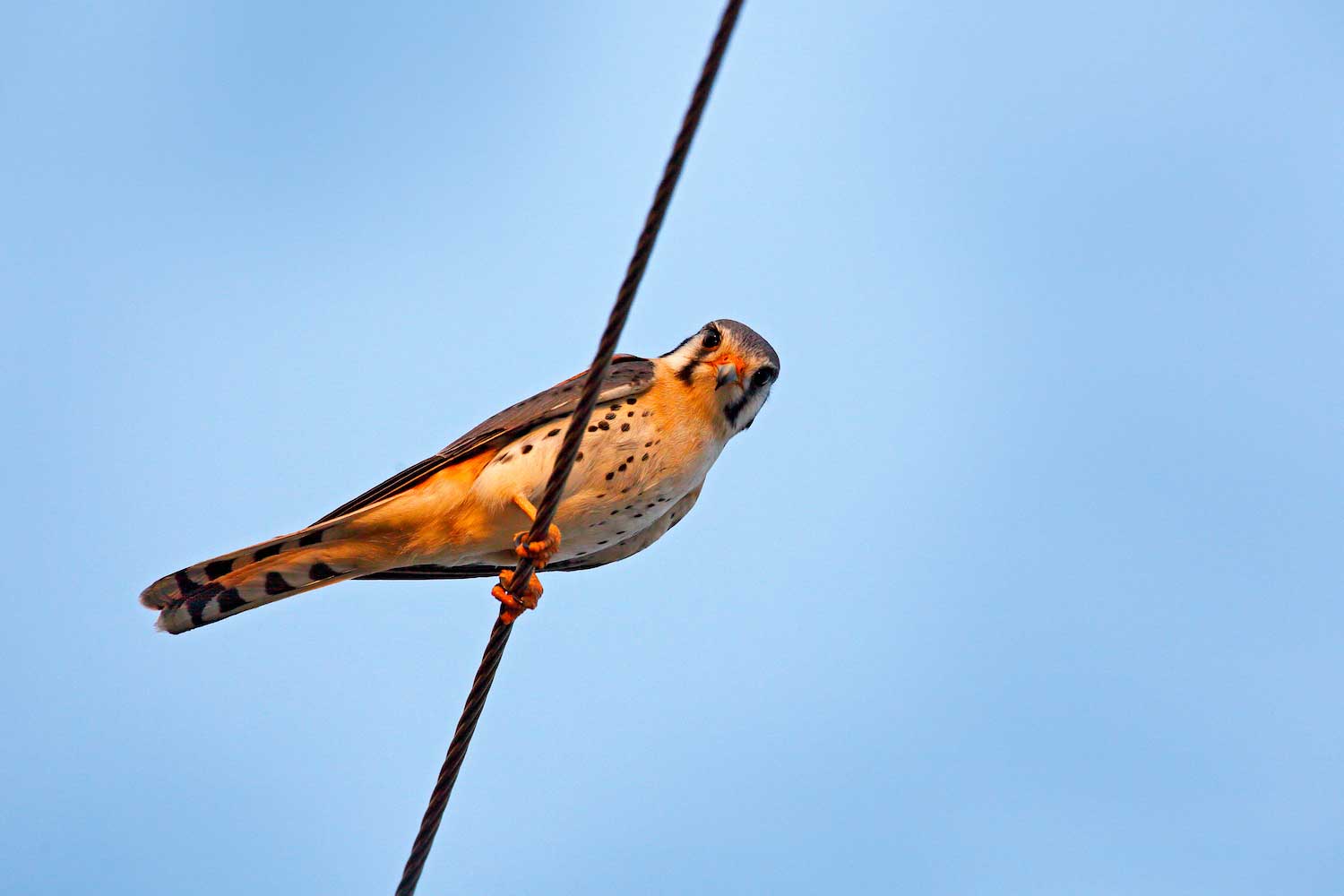 Warning signs posted near power lines are a familiar sight. They caution people to stay back or to be aware of power lines overhead or nearby that may pose an electrocution hazard. Birds, though, seem immune to the danger and are often seen right on those same power lines that we learn from a very young age never to touch.

What is it about birds that allows them to seemingly defy the principles of electricity? It's actually not about the birds at all. Essentially, it is because of how electricity flows.

Electricity is always looking for a way to get to the ground, because it travels from places with high voltage to places with low voltage, Edison International reports. In addition, it will take the path of least resistance between two points. When a bird sits perched on power lines, it does not provide a means for the electrical current to reach the ground — or travel from an area of high voltage to an area of low voltage — any faster than it otherwise would, so the electrical current continues moving through the power lines without affecting the bird.

If, however, the bird were to extend a wing that touched a utility pole or nearby tree, it would then provide a route for the electrical current to reach the ground. In this case, the bird could be shocked or even electrocuted, according to Edison International. Similarly, if a bird were to touch two electrical wires at the same time, it would become a circuit for the electrical current, meaning electricity would enter and flow through the bird, electrocuting it.

In power lines, copper wires are used to conduct, or move, electricity because copper is an excellent electrical conductor, Sciencing reports. This means the electrical current can move easily along the surface of the copper wire in the power lines. The tissues and cells in birds — and other animals for that matter — are poor conductors of electricity.

Birds are really no different than humans when it comes to their ability to conduct electricity. If a human were to hold onto a power line with both their hands, with no part of their body touching the ground or another object, the result would be the same as when a bird sits on a power line, according to Sciencing. Essentially, nothing would happen because the person would not be creating a route for the electrical current to reach the ground, or move from a high-voltage area to a low-voltage area. (You will have to take our word for it, however, as you should never come into contact with power lines.)

It's the same with squirrels. They can scamper across power lines without consequence for the same reason birds can perch on them safely. They, too, do not provide a means for the electrical current to reach the ground more quickly than it would traveling through the power lines, according to DTE Energy. But just as a bird could be shocked or electrocuted it if were to come into contact with a utility pole or another grounded object, so, too, could a squirrel if it makes contact with a grounded object while also touching the power lines.

While copper is most commonly used as a conductor in power lines, many things serve as good conductors of an electrical current. Most metals are good electrical conductors, as is water. That's why you should always get out of the water — whether it's a pool, a lake or the ocean — at the very sight of lightning or sound of thunder, according to the National Oceanic Atmospheric Administration. Because water is a good electrical conductor, electricity can move far across water from the point of a lightning strike.