Nature curiosity: Do other mammals go bald like humans? 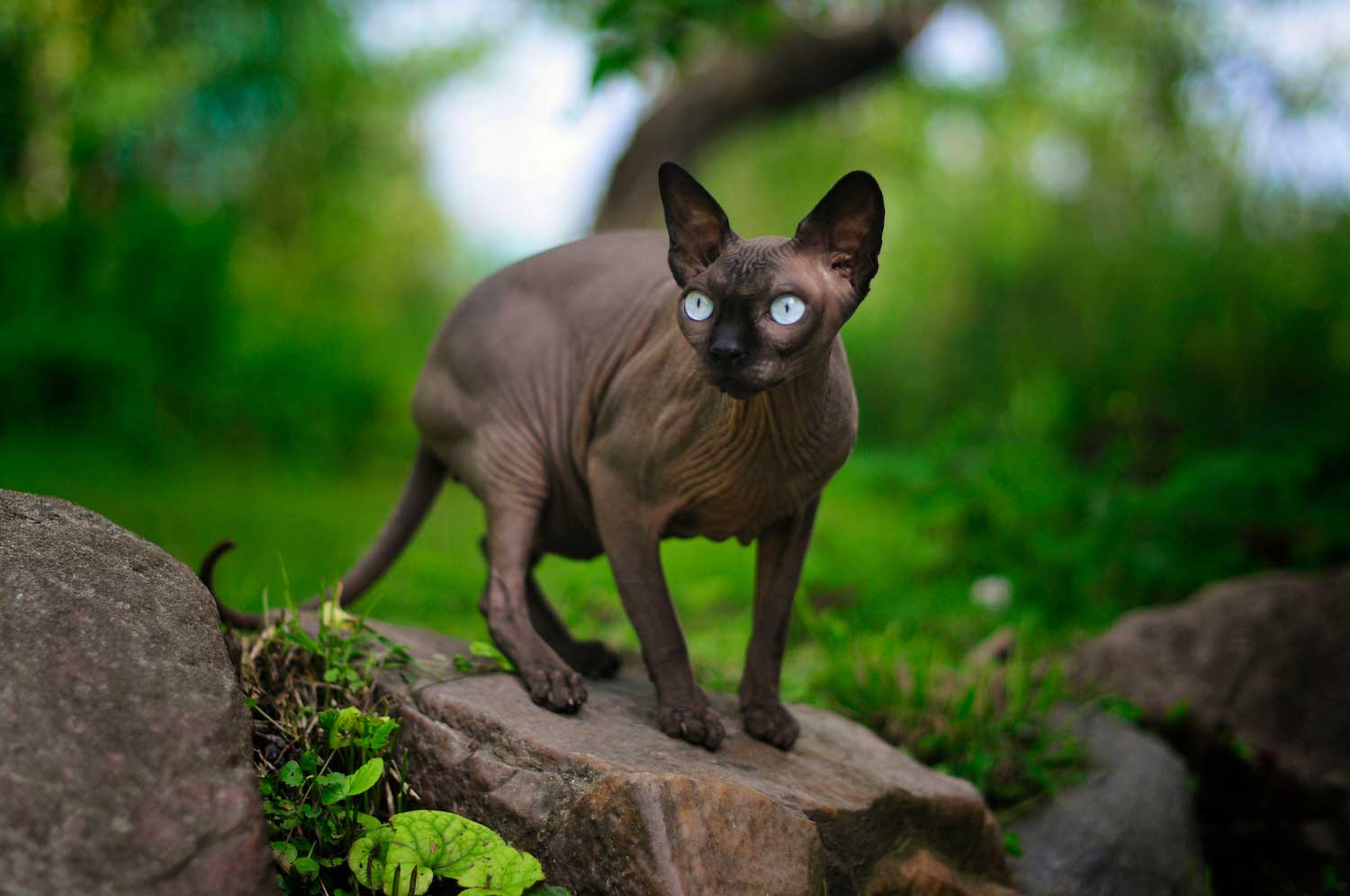 A Sphinx cat. (Photo via Shutterstock)

In the animal kingdom, hair is unique to mammals, according to Animal Diversity Web. No other animals have hair, and all mammals have hair at least to some extent. Even marine mammals like dolphins and whales have hair early in their lives, although it is shed later in life as a normal part of their growth and development.

In humans, hair loss is usually hereditary, but it can also be caused by medical conditions or changes in hormone levels, according to Mayo Clinic. It can also be a normal part of the aging process. Both men and women can experience genetic hair loss, which is commonly referred to as pattern baldness but is officially known as androgenic alopecia. It usually occurs slowly over time and typically follows a predictable pattern, such as a receding hairline in men and thinning of hair around the crown in women.

It turns out, though, that baldness is fairly unique to humans, according to Smithsonian Magazine. Other than humans, only three other mammals are known to experience pattern baldness like we do: the stump-tailed macaque, a primate that lives in Asia, and two dog species, the dachshund and the greyhound. One reason baldness may be so rare aside from humans is that many animals rely on their hair and fur for survival, either to keep them warm or to offer some camouflage in the wild.

You may also be familiar with hairless cats. Sphynx cats do lack hair, but they were bred to be hairless, WebMD reports. In 1966, a cat was born hairless because of a genetic mutation, and breeders then bred the hairless cat with cats that carried the gene for the mutation to produce the hairless breed.

While baldness may not be very common in mammals, animals do sometimes lose some of their hair for a variety of reasons besides genetics. Common causes include mange, parasitic mites and fungal infections like ringworm, according to Smithsonian Magazine. Anything that causes inflammation or infection that damages or destroys the hair follicles can also lead to hair loss.

Some primates can experience alopecia, a condition causing hair loss that also affects humans, according to National Geographic. Alopecia in primates isn't well understood, but it generally is thought to result from stress, although it may be an autoimmune condition in some cases.

In humans, alopecia areata is an autoimmune disorder in which the immune system attacks hair follicles, which results in hair loss, according to the National Institutes of Health. It can affect any part of the body, but it most often causes hair on the head and face to fall out.