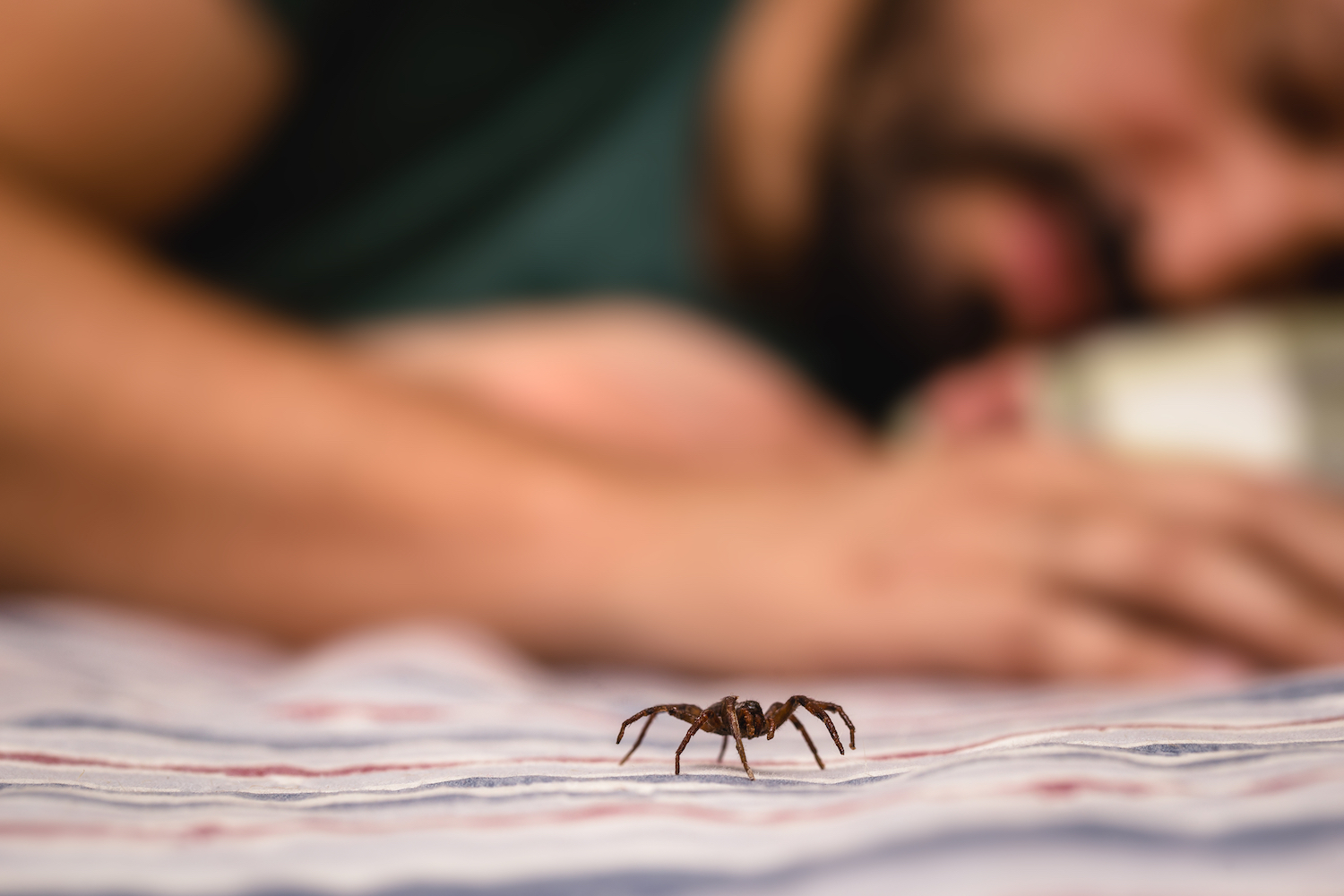 Whether you love spiders, hate them or merely tolerate them, it probably is of some consolation to learn that you don't really swallow eight of them a year in your sleep, no matter what anyone tells you.

How this legend grew legs — eight of them to be exact — and became a widely held belief is a mystery, but it's not rooted in any truth, according to the Burke Museum of Natural History and Culture. In fact, the very idea of humans swallowing spiders flies in the face of both human biology and spider science. Not to mention that no scientific record or medical evidence exists to suggest that we really do swallow spiders in our sleep.

Swallowing even one spider while sleeping in your lifetime would be noteworthy, so eight a year is about as far-fetched as it gets. Why? Well, for one thing we usually sleep with our mouths closed. And if our mouths are open, we are likely snoring, and that would be enough to keep spiders at bay, according to Scientific American.

In general, our sleeping bodies are not an inviting environment for spiders. We move in our sleep, and sometimes we snore and make other noises. And we're always breathing and our hearts are always beating, even in the deepest of slumbers. All of these activities create vibrations, and these vibrations are like warning signals for spiders, Scientific American reports.

Spiders experience the world through vibrations, and the vibrations we create — whether awake or asleep — tell the spider to stay away. We aren't an inviting part of the landscape for them.

Even if we were, and spiders regularly crawled over our bodies in our sleep, all but the deepest of sleepers would probably be awoken by the feeling of a spider crawling across the face, according to Scientific American.

It's not just spider-loving scientists who are crying foul at this far-fetched myth. The National Sleep Foundation says it is at best highly unlikely that swallowing a spider in your sleep happens even once in your lifetime, let alone repeatedly.

While it may be possible to swallow a spider in your sleep, it's unlikely enough that it would be considered a random event, not something that happens with any frequency or regularity. So don't lose sleep over this silly myth, or the fact that there are almost certainly spiders in your house. It's normal, and no cause for concern.

Most homes in North America have three or four species of spiders living inside, but they mean the human inhabitants no harm, Scientific American reports. Spiders are usually either tending to their webs or trying to stay out of our way. And they will kill most insects in our homes, providing a natural means of home pest control.