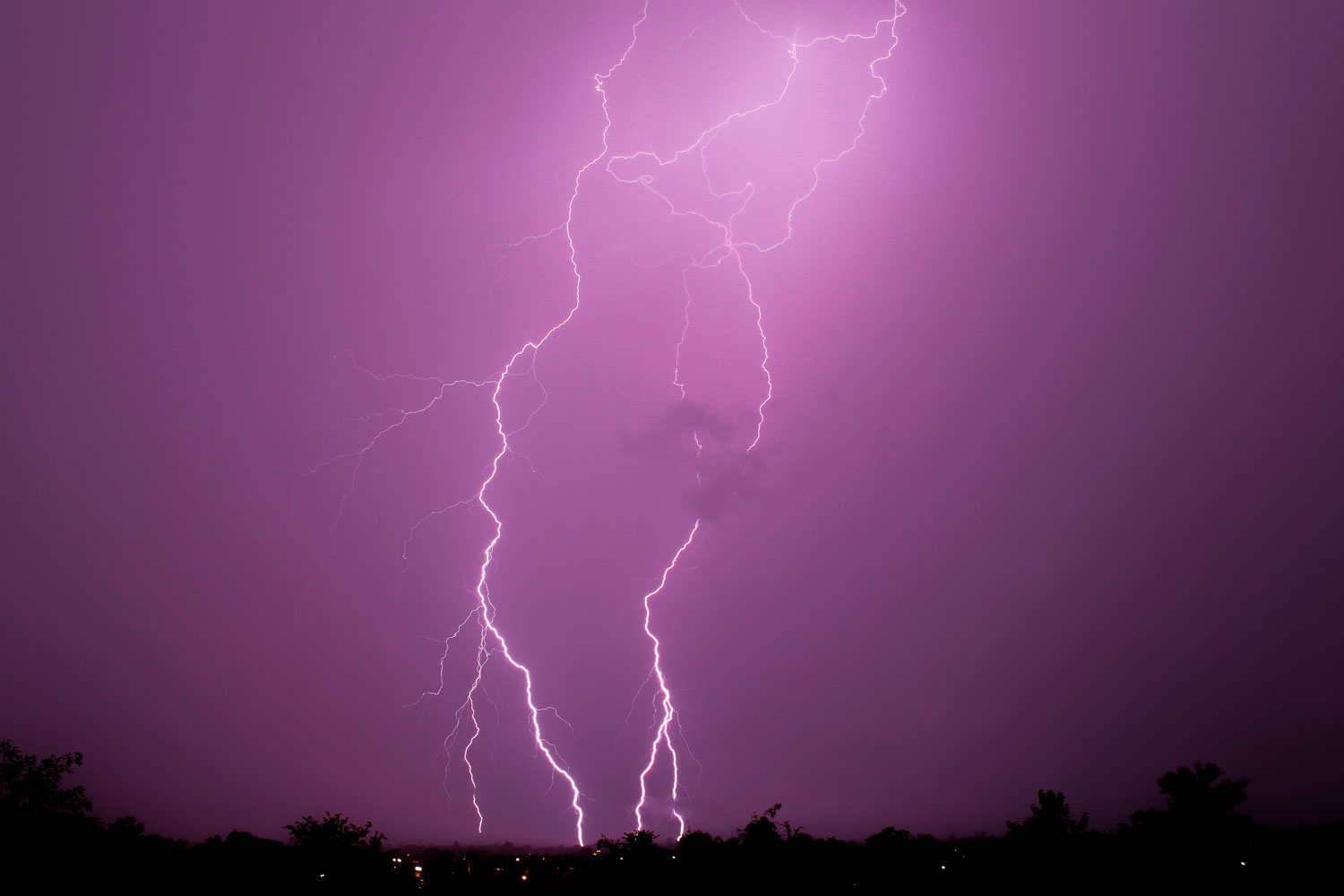 To understand why a lightning strike is so dangerous, it helps to understand what lightning is. Essentially, lightning is a giant spark of electricity moving through the atmosphere, between clouds, the air and/or the ground, according to the National Severe Storms Laboratory. It develops because the air serves as an insulator between positive and negative charges in clouds and between clouds and the ground. When the opposite charges build up, the air loses its ability to act as an insulator and the electricity is discharged in the form of lightning. The lightning strike equalizes the positive and negative charges, and then they begin to build up again.

We typically associate lightning with thunderstorms, and all thunderstorms do produce lightning, but lightning also occurs in strong hurricanes, heavy snowstorms, intense wildfires, volcanic eruptions and in nuclear detonations, according to the National Severe Storms Laboratory.

The idea that lightning can't strike the same place twice is a long-held belief, but has no basis in truth. Many tall structures are frequently hit by lightning — think of skyscrapers in big cities. These tall buildings are often hit by lighting because lightning frequently — but not always — strikes the tallest object, because it is the easiest path for it to take, according to the severe storms lab.

But even apart from these tall structures, it's possible for one spot to be struck more than once. In some cases, this is simply a statistical anomaly, but some sites are more likely to be struck repeatedly because of the specific properties of a particular location. Many factors can affect the ability of a particular spot to conduct electricity, including the presence of water, moisture, rocks, salt and other minerals, and metal in the ground, the storm lab reports. Even the shape of the terrain and the presence of leaves and plant matter may make a spot more likely to be struck.

Lightning is one of the oldest observed natural phenomena on Earth — and it's one of the most deadly. It is a major cause of storm-related deaths in the United States, according to the National Weather Service. Only floods and tornadoes kill more people each year than lightning.

In the past 10 years, between 2009 and 2018, an average of 27 people have been killed annually in the United States by lightning strikes, according to the weather service. The 30-year average, using data from 1989 to 2018, is 43 lightning fatalities per year.

The best place to be during a thunderstorm is inside, so remember to heed this advice: When thunder roars, go indoors. If you can hear thunder, you are close enough to a storm to be hit be lightning, the National Weather Service warns. Stay inside until after the storm passes and you can no longer hear thunder.

If you are caught outside in a storm, take shelter in a vehicle if possible. Do not take shelter under tall trees or partially enclosed structures, and avoid open areas — you don't want to be the tallest object in an open space. You should also avoid objects and structures that can conduct electricity, such as power lines and metal fences.

If your hair starts to stand on end during a thunderstorm, it's a sign positive charges are building up in your body and you could be in immediate danger of being struck by lightning, the National Weather Service warns. If this happens, get indoors immediately. If you can't, drop to your knees and bend forward, but do not lie on the ground, because the wet ground could act as a good conductor of electricity.

If someone is struck by lightning, call 911 immediately. People who have been struck by lightning do not carry an electric charge, so it is safe to give first aid, such as CPR or using a defibrillator, if necessary, the weather service advises. Remember to stay safe — lightning can strike twice.