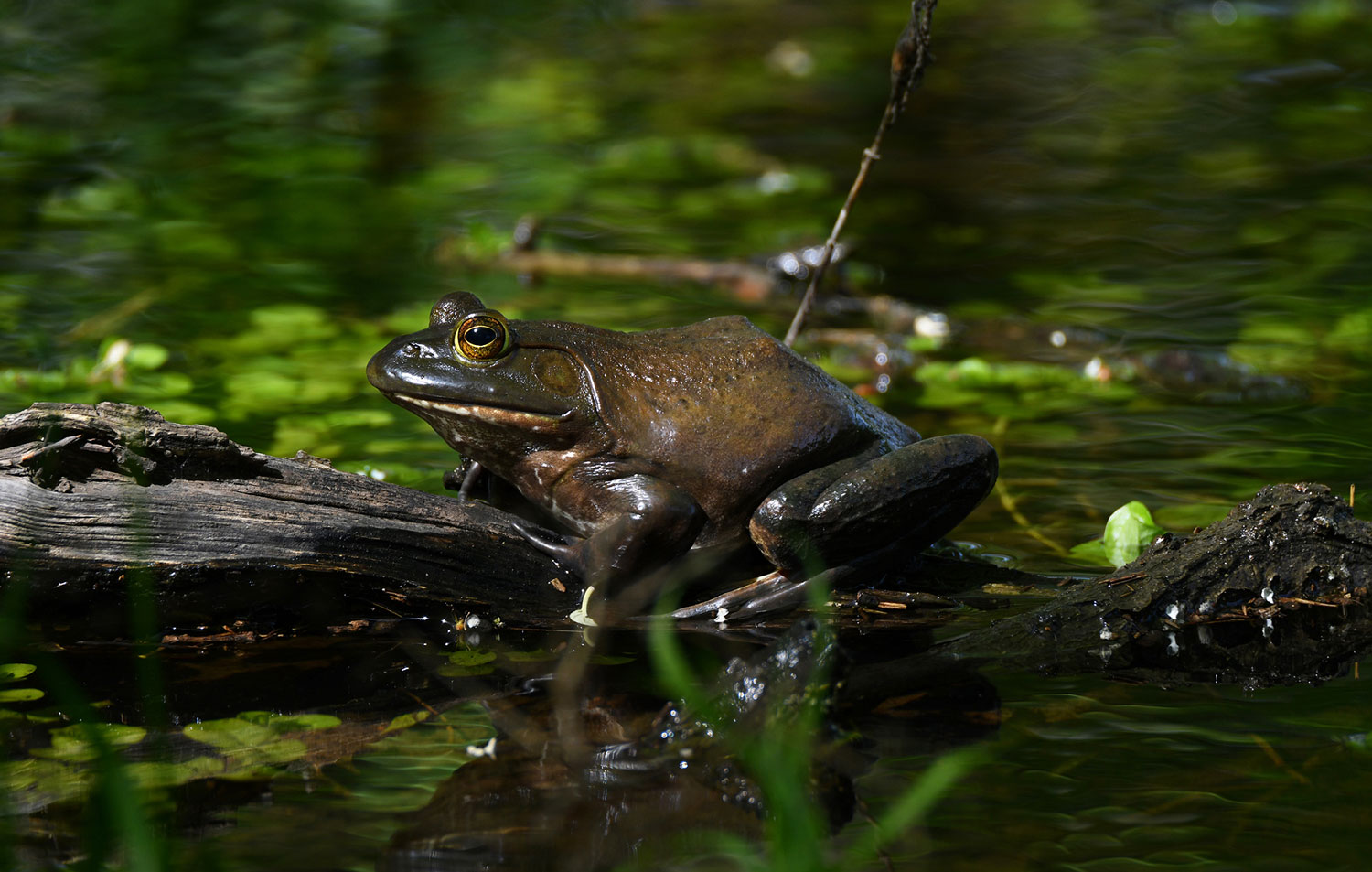 You won't get warts from handling a frog or toad. (Photo by Chad Merda)

You've probably heard the age-old myth that touching a frog or toad can give you warts. If it sounds a little far-fetched, that's because it is. No amount of handling frogs or toads — or any reptiles or amphibians, for that matter — will cause a human to develop warts.

This myth is thought to have originated because many frogs and toads have bumpy, lumpy skin, and people at one time thought the bumps were contagious. Warts are contagious, but they aren't spread from animals to humans. Instead, warts are caused by a human virus called human papillomavirus, according to Mayo Clinic.

Warts develop when the virus enters a person's skin through a cut or scrape or another opening in the skin, causing the rough bumpy growth to develop on the skin, the clinic reports. More than 150 different types of human papillomavirus exist, but only a few cause warts.

But those bumps and lumps on toads' and frogs' skin that gave rise to the notion that we can get warts from handling them are not actually warts at all. They are actually glands on their skin, according to the Burke Museum.

While you can rest assured that picking up a frog or toad won't cause warts to sprout from your skin, you should handle them safely. Some frogs and toads secrete toxins from their skin, and even healthy amphibians can have harmful bacteria, including salmonella, on their skin, the Burke Museum reports. In addition, the skin secretions from some frogs and toads can irritate human skin or even cause a rash.

This brings us to another myth about frogs: Kissing one won't turn it into a prince, and doing so could make both you and the frog sick, the museum reports. Amphibians have very permeable skin, which means pathogens like viruses and bacteria can easily enter their bodies. And since they can have salmonella and other bacteria on their skin, close contact with them can make humans very sick.

If you must handle an amphibian, the best way to do so is with clean hands free of soaps and detergents. Always wash your hands thoroughly after handling a reptile or amphibian, the U.S. Centers for Disease Control and Prevention advises.