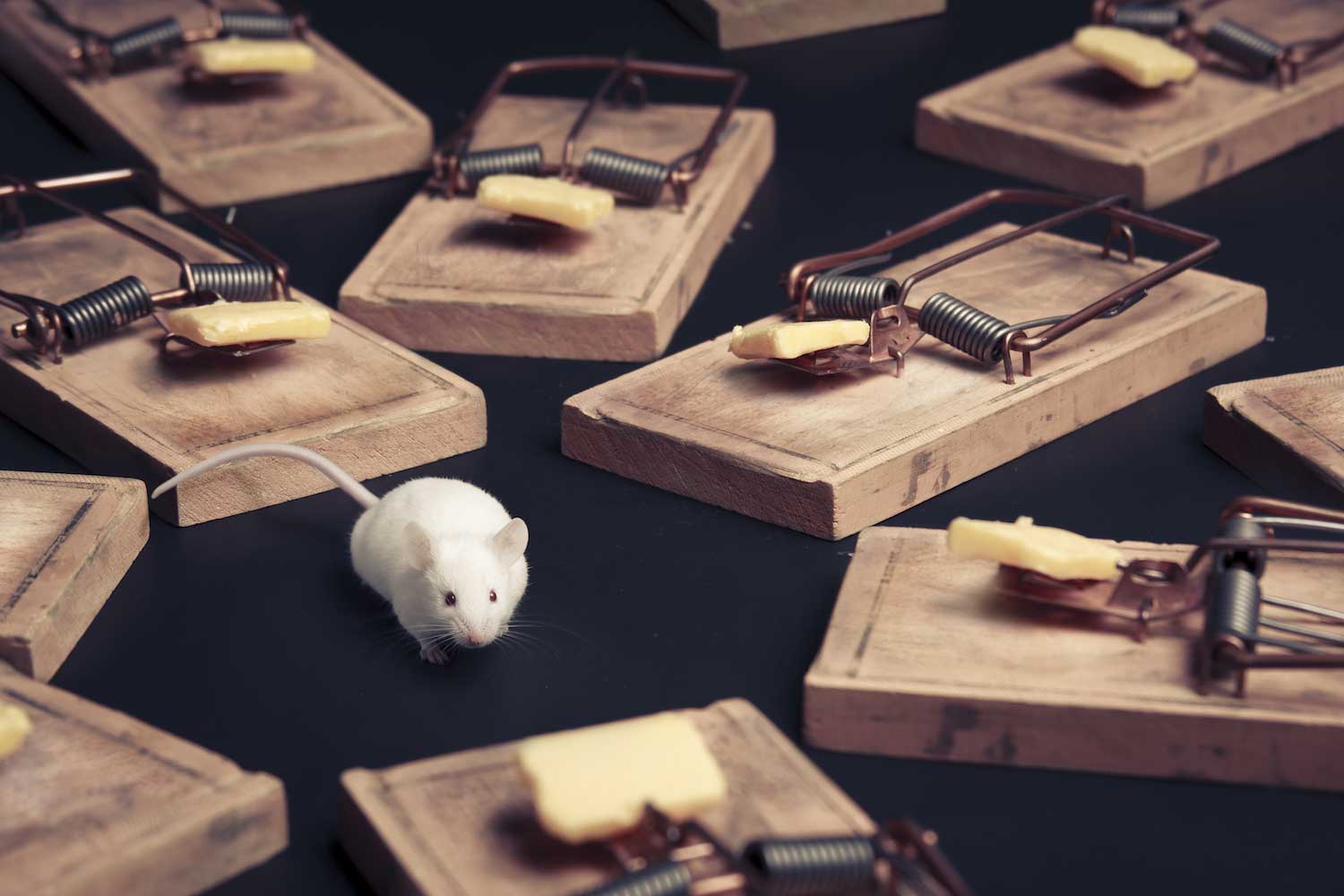 Rodent control can be necessary to prevent mice and other small rodents from entering our homes, but many common control measures should never be used outside because of the risks they pose to other animals.

In many cases, snap traps and glue traps end up ensnaring — and injuring or killing — other animals that cross paths with the traps. Flint Creek Wildlife Rehabilitation recently posted on its Facebook page about a great horned owl that came under its care after its foot was caught in a snap trap. And the Wildlife Center of Virginia has implored people not to use glue boards or glue traps because it has cared for many snakes, lizards, birds and small mammals that have become caught on the traps.

Glue traps, in particular, are problematic. They are commonly used as an alternative to snap traps because they aren't as dangerous to young children and pets, but they are ineffective and inhumane, according to the Humane Society of the United States. Glue traps aren't designed to kill their intended target, usually mice. Instead, animals — not always mice — get caught in the adhesive and die slowly either by suffocation or starvation. In addition, they can become injured as they try to escape.

Snap traps can be an effective means of catching mice, but they should not be used outdoors or in garages, where they are more likely to catch unintended targets, the Flint Creek rehab center advises. With their forceful snapping action, the traps can cause serious injuries to wildlife and pets that are inadvertently trapped.

If you find an animal that has been injured by a mouse trap, safely contain the animal and transport it to a wildlife rehabilitator or veterinarian, the Humane Society advises. Do not try to remove the animal from the trap, because you could inadvertently injure it. Both the Illinois Department of Natural Resources and Wildlife Illinois maintain lists of wildlife rehabilitators you can contact for assistance with injured wildlife.

Another rodent control measure that can have unintended consequences for other wildlife are rat and mouse poisons, or rodenticides. In particular, raptors, or birds of prey, can be poisoned by rodenticides when they eat rodents that have ingested the rat poisons, according to the Cornell Lab of Ornithology.

So-called second generation rodenticides are effective at controlling rodent populations, but they work by building up in the bodies of the rodents that ingest them to a much greater than lethal dose before ultimately killing the animals. If those rodents are then eaten by a predator, like a hawk or eagle, they, too, are consuming large quantities of the rodenticide, the Cornell Lab reports. This can continue on up the food chain.

The Flint Creek rehab center advises that rodenticides intended to kill rats and mice should not be used indoors or outdoors because of the high risk of secondary poisoning in raptors.

It is important to prevent rodents from causing infestations in our homes because both rats and mice can pass diseases such as hantavirus, bubonic plague, leptospirosis, salmonellosis and tularemia to humans, according to the Illinois Department of Public Health.

HOW TO COEXIST WITH MICE AND RATS

The best way to keep rodents out of your house is by not allowing them a way to get in. Any openings larger than a quarter-inch should be sealed to prevent mice and rats from entering, the health department advises. Mixing caulk with steel wool will make an effective plugging material. It’s also important to seal cracks in the foundation and around any openings where pipes and vents come into the house, In addition, make sure all your doors and windows fit tightly.