Monarch population plummeting, and a known parasite may be killing millions a year, study finds 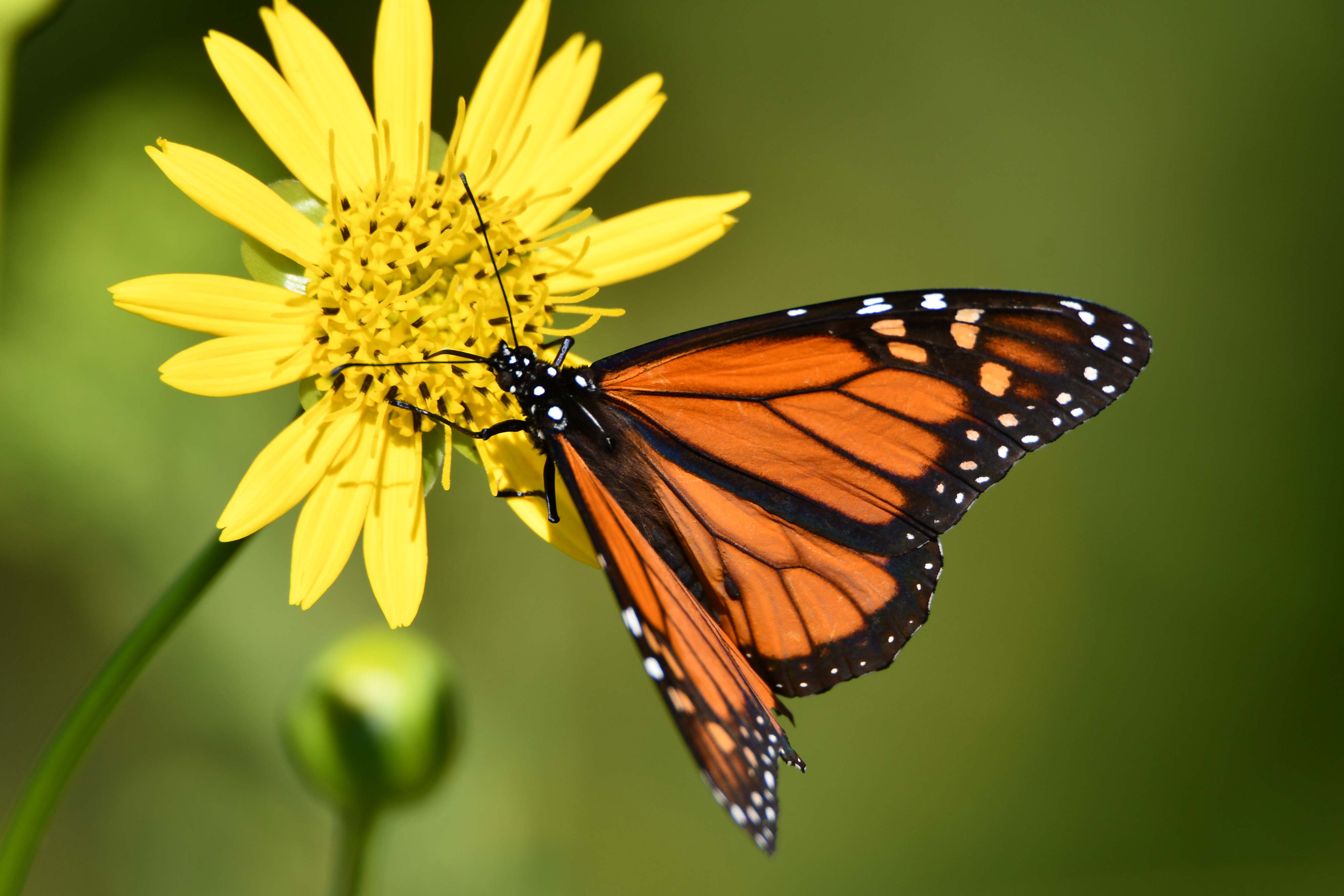 Monarch populations have plummeted by more than 80% over the past two decades, threatened by factors including habitat loss and climate change, but according to a recent study, a known pathogenic parasite may also be contributing to the devastating decline more than previously thought.

The parasite, Ophryocystis elektroscirrha, or OE, is known to affect monarchs' lifespan and flying ability, according to Monarch Joint Venture. The new study, published in February in the Journal of Animal Ecology, concludes the parasite might have a much more significant impact on monarch populations, possibly killing tens of million of monarchs each year during their migration.

The monarchs we see each summer are part of the eastern population of monarchs that migrate as far as 3,000 miles each year to oyamel fir forest in the Sierra Madre mountains of Mexico. The monarchs found east of the Rocky Mountains account for about 99% of the monarchs in the United States, according to the Center for Biological Diversity. A second population, called the western population, overwinters on the California coast.

The study examined OE infection rates and their effect on the butterfly's population, concluding that summer colonies with high infection rates resulted in smaller than anticipated winter colonies and vice versa. The researchers concluded vast numbers of the butterflies could be dying off during migration — a process called migratory culling — and the majority of butterflies that safely made it to the overwintering site were free of the parasite.

“It’s been shown that infected butterflies have lower flight ability and suffer from all of these fitness ramifications, but this is the first time it’s really been shown on a population level that a really important feature of monarch biology is affected by the rate of infection,” Karen Oberhauser, director of the University of Wisconsin Arboretum, told Popular Science.

Monarchs with OE can have thousands or even millions of spores from the parasite on their bodies, and these spores can scatter onto eggs and milkweed leaves, according to Monarch Joint Venture. The monarch larvae — the caterpillars — then eat the spores, giving them a place to replicate in the larvae and the successive pupae. The monarch butterflies can survive with an OE infection, but it can shorten their lifespan and affect their ability to fly. However, butterflies with severe infections may not successfully eclose, or emerge from their chrysalises, because they are too weak to expand their wings or exit the chrysalis.

For the study, researchers collected data from more than 60,000 monarchs, including butterflies from the eastern and western populations, across 50 years. They discovered that in the early 2000s rates of OE infection in breeding and migrating eastern monarchs dramatically increased from an average of 0.5% per year to more than 10%. The highest-recorded rate in the study was in 2015, when it was 17%.

While the data showed a clear rise in infections in the early 2000s, what isn't clear is the cause of the dramatic spike. Researchers concluded a few factors could be contributing, including habitat loss due to herbicide use on agricultural lands that resulted in a reduction of milkweed plants, Popular Science reports. The proliferation of tropical milkweed may also be contributing. While milkweed is essential to the monarch life cycle, tropical milkweed is a non-native species, and its ability to survive through winter may allow OE to become more widespread.

Another factor may be an increase in commercial monarch production and more interest in people raising them at home, both of which accelerated in the 1990s. The authors of the study believe this could exacerbate OE infections because entire batches of the butterflies could be contaminated when they are released into the wild, Popular Science reports.

While the monarch population has experienced devastating declines, all hope is not lost, and there are things you can do at home to help support these and other essential insects. Consider devoting at least a small space in your yard to native plants, which will attract all manner of pollinators. For monarchs in particular, make sure to plant milkweed, which is essential for them. Monarch caterpillars eat only milkweed, and the butterflies lay eggs only on milkweed, so without milkweed we would have no monarchs.