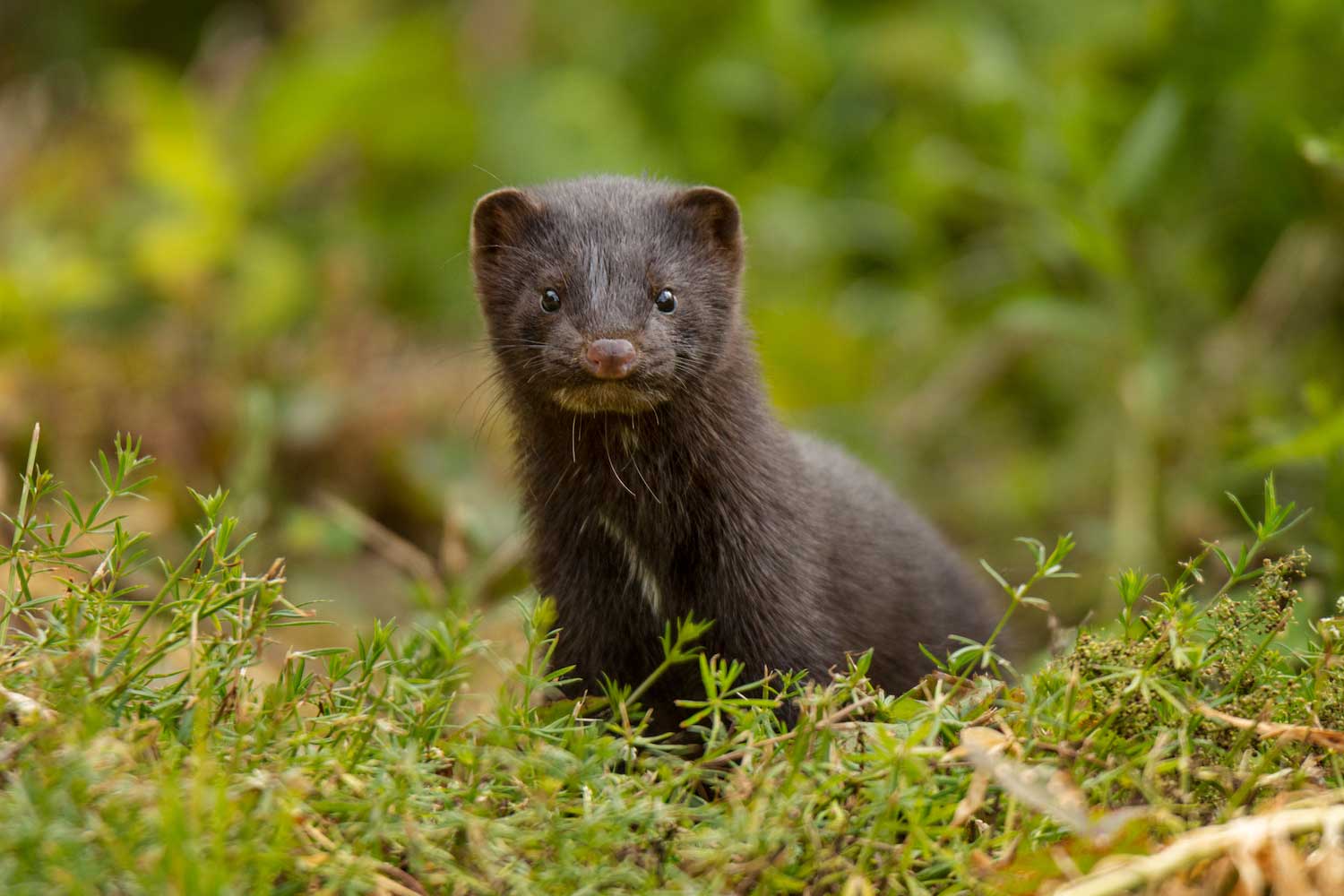 If you spot a furry, brown animal along the banks of a local waterway, several possibilities may spring to mind. Is it a beaver or muskrat? It could be, but another likely possibility is that it's an American mink, a lesser-known mammal that can be seen in and near our waterways.

Minks mostly remain out of sight because they are nocturnal and solitary, but they live across all of Illinois. They are most common along the Mississippi River and the southern third of the state, according to Wildlife Illinois. Although they are common, they are not as populous as they once were, mostly due to development and stream channelization.

Minks are semiaquatic and live along our waterways, including lakes, ponds, marshes, rivers and streams. They are carnivores, eating a variety of types of animals throughout the year. Read on to learn more about these mammals.

They are related to weasels and look the part

Minks and weasels are related, and they look similar too. Both are chocolaty brown and have long, thin bodies and short legs, although minks are larger than weasels, Wildlife Illinois reports. One feature to look for to distinguish between a mink and a weasel is the presence of a white patch of fur on their chins. All minks have this white patch, while weasels have a full white underbelly.

Female minks generally have larger white patches than males, and they sometimes also have patches of white fur around their mammary glands, according to the Alaska Department of Fish and Game. In general, minks have soft, thick fur, which has made them desirable in the fur trade.

Both minks and weasels belong to the mustelid family of mammals, according to Animal Diversity Web. Mustelids are mainly carnivorous and are good hunters. Other animals in this family include badgers, otters, polecats, martens and wolverines. Another mustelid that minks look similar to are fishers. Fishers are generally a little larger than minks and have yellowish-brown or grayish-yellow fur and longer, bushier tails.

They have a few things in common with our pet cats

If you have a pet cat or are at least familiar with domesticated cats, you might recognize a few mink behaviors and what they mean. For starters, minks will purr when they are happy or content, a behavior commonly associated with our pet cats. It turns out that minks will also express displeasure the same way as cats, namely by hissing, according to the Chesapeake Bay Program.

Besides these shared methods of communicating pleasure and displeasure, cats and minks have little in common. They are both mammals, of course, but not closely related. They both belong to the order Carnivora, or carnivores, but they belong to different families. Minks belong to the mustelid family, while cats belong to the feline family.

They can be quite ferocious

Minks can secrete this foul-smelling liquid when they are either scared or excited, according to the Alaska Department of Fish and Game. A mink's stinky liquid isn't quite as potent as a skunk's, and they can't spray it as far as a skunk can, but it can be quite strong and most people find it off-putting.

In the face of danger, a mink can escape in many ways. They move quickly on land and can also climb trees and swim. They can even hunt for food in the water, swimming as far as 100 feet and diving to depths of more than 15 feet. Their partially webbed feet help them get around in the water.

They have many ways to communicate

Beyond their cat-like way of communicating pleasure and displeasure, minks can communicate in many ways, and not just using sounds. In fact, they are actually pretty quiet in general, according to Animal Diversity Web. Instead of sounds, they use chemical signals to communicate. Because minks are mainly solitary except during mating season, they leave cues to mark their territory. They also rely on chemical signals to attract a mate and communicate their reproductive status.

They don't have many enemies

Thanks to their aggressive and often secretive nature, not many animals willingly hunt minks. In fact, the main threat to their survival is humans, although they are occasionally hunted by coyotes, bobcats and other large carnivores and sometimes even large raptors, according to Animal Diversity Web. Young minks may sometimes be predated by snakes and smaller mammals that can get into their dens.

Minks themselves will hunt a wide variety of animals. They are strictly carnivores, but their diet changes throughout the year based on what is readily available. In the winter, they mostly eat mammals such as mice, muskrats, rabbits and shrews, Animal Diversity Web reports. At warmer times of the year, they will add crayfish, fish, frogs and other aquatic creatures to their diet, along with ducks and other small water birds.